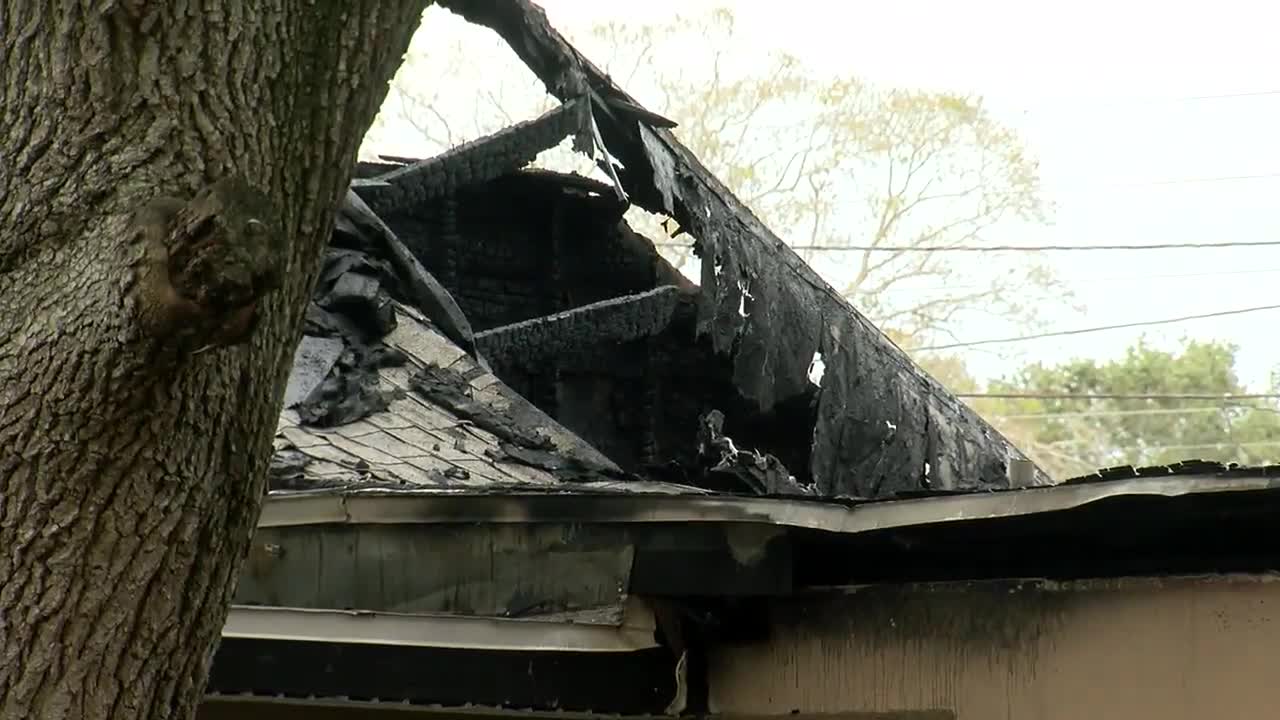 Fire investigators spent hours combing for clues at the scene of an early Wednesday morning house fire in Clearwater. It’s the same home at 1506 Meadow Dale Drive that's also at the center of an unsolved murder.

The fire comes on the same day as a hearing where attorneys planned to evict one of the murder victim’s daughters. The sale of this home was supposed to be finalized on Friday.

Now, the home is gutted, the roof is caved in and the sale may not go through.

“I knew this was going to happen,” he said with a heavy sigh.

Just hours before a hearing that would have officially evicted his sister from his father’s home, and paved the way for its sale, a massive blaze engulfed the home.

Anthony and his siblings suspect their own sister may be to blame.

“My sister Shannon told my sister Beth and I she would watch this house burn before we got anything,” he added.

Investigators spent hours Wednesday going through every inch of the house, including bringing in an accelerant sniffing dog to look for any indicators of arson.

Just over a year earlier, deputies say 71-year-old Daniel Gillespie was killed inside the home.

“Shannon moved out of the house November 13 or 14, and within days, Mr. Gillespie was found dead here in the property. Big coincidence there," said Daniel Kortenhaus, the attorney representing the three other Gillespie siblings.

In court Wednesday, Shannon Gillespie and her attorney denied any connection to the murder or the fire. However, the sister did admit to stripping the home of the items she purchased in the days leading up to the sale, including several appliances, counter tops and a garage door.

Now, the siblings worry about the impact the fire could have on the investigation into who killed their father.

“If the sheriff’s department can’t figure out who killed my dad then we’ll never truly know what happened,” Anthony Gillespie said.

“I would love for them to arrest whoever did it,” Elizabeth Gillespie added. "Whether that's my sister or someone else."

Pinellas County deputies tell ABC Action News they’re still working to find out what impact, if any, the fire will have on solving the murder case.

PCSO says they have not named any suspects in the murder and have not had any official updates to the case since November 2018.