The Clearwater City Council will move one step closer to revitalizing downtown at a meeting Thursday night. A disagreement over what to do with the concert and festival venue is stalling their "Imagine Clearwater" plan .

CLEARWATER, Fla. — The Clearwater City Council will move one step closer to revitalizing downtown at a meeting Thursday night.

A disagreement over what to do with the concert and festival venue is stalling their "Imagine Clearwater" plan.

Renderings have the space called "The Green." Currently, it's a parking lot right next to Coachman Park. 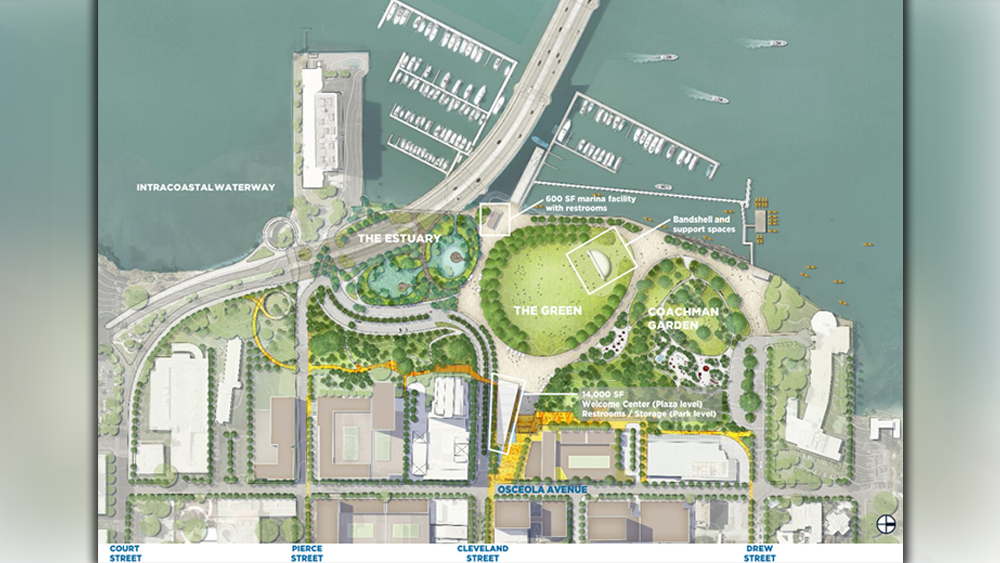 A study of the space estimates it can hold 15,000 people, but council members can't agree on how many seats to put in. The original plan slated between 2,500 to 3,000 seats.

After council members received input from Ruth Eckerd Hall, AEG and LiveNation, they argued they needed another thousand seats.

Ruth Eckerd Hall's acting President and CEO sent us this statement on the matter:

"Our recommendation to city staff continues to be that 4,000 seats under a canopy is the right scenario for attracting high caliber entertainment. The canopy is important in our climate to provide a comfortable experience for attendees, especially with Florida rains. Our concern from our own experience and from speaking with others in the industry who program such venues is that 3,000 covered seats will not justify the risk incurred by presenters to use the space. Stakeholders, especially the citizens of Clearwater, deserve to receive value back for their investment. The last thing any of us want is a beautiful new attraction on the waterfront that is underused because the economics don’t work."

Duncan Webb, who City Council asked to conduct the study, argued the event promoters stand to make more money than the city would off extra seats. It would also up the budget. The original plan invested $55 million into "Imagine Clearwater" with the area set to open in the Summer of 2021.

Another topic of discussion is the covering over these seats. A retractable option has come into play.

During Monday's workshop session, Stantec architects showed council members three options. Depending on which option they like, this could raise the price of the project between 15% and 50%.

One council member asked if they could justify the cost seeing that during the majority of the year, it's very hot and most attendees would be thankful for some type of shade.

At tonight's meeting, City Council will decide on the amount of seats they want on "The Green." The design team can't move forward without that number. Architects will also come back with a retractable design since the early renderings did not have that option. They'll also have better estimates on how much this would cost the city.

That meeting starts at 6 p.m. Thursday.