Donations needed to help both nonprofits 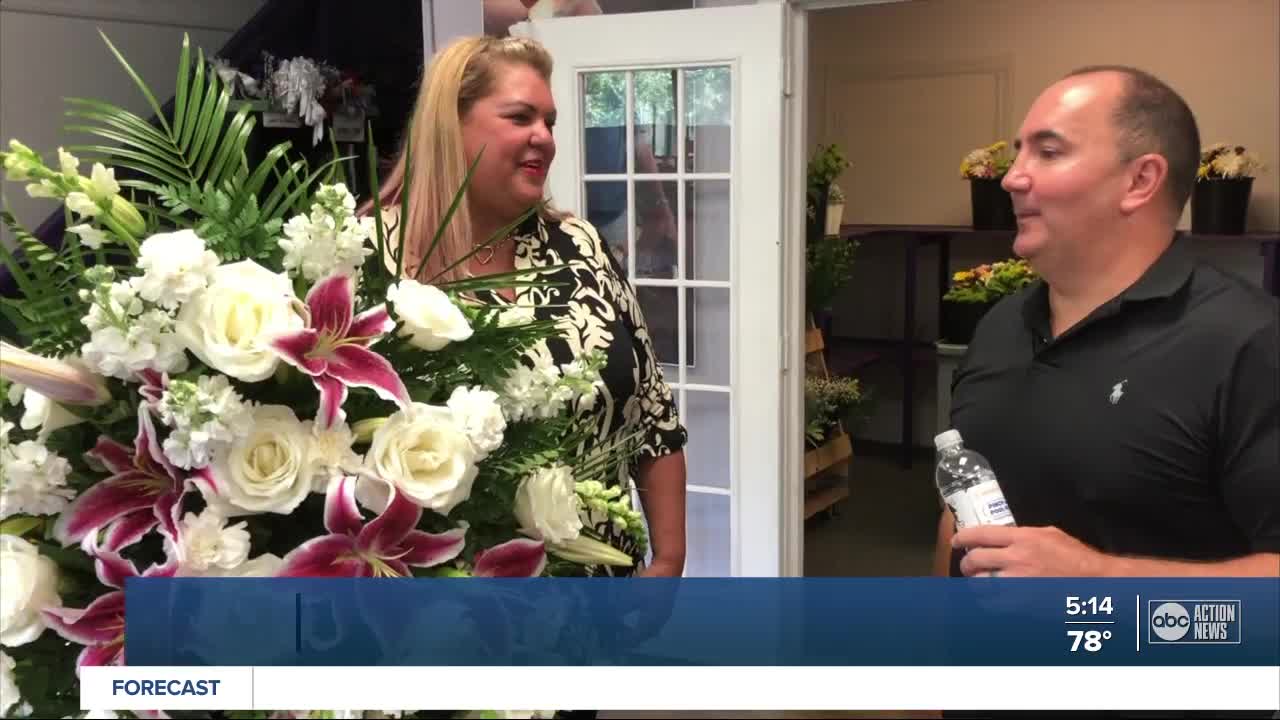 Charities assemble! Dunedin's Random Acts of Flowers and the Backpack Lady Project team up during a tough time. Story: https://bit.ly/3k0eiz0 DUNEDIN, Fla. — She works with flowers. He works with backpacks. Together, Janette Donoghue and Rob Ditro help a whole lot of people.

"With the hard time we're having as nonprofits, it's really great for us two to come together," she says about their Dunedin nonprofits.

Janette heads Random Acts of Flowers, which re-purposes flowers from Publix and other stores. The nonprofit rearranges them into beautiful bouquets to cheer up veterans, people in medical facilities and more.

Rob heads the Backpack Lady Project, which over the past decade has handed out thousands of supply-stuffed backpacks to kids in need all over Pinellas County. The nonprofit was started by his late mother Phyllis, a cantankerous Philly girl with a heart of gold.

The pandemic has presented challenges to both leaders, especially Rob, who wants to distribute 1,001 backpacks this year -- one more than last year. Unfortunately, people aren't donating like they used to.

"And I understand that," he says.

Recently, he lost access to the space where he could gather and fill backpacks. So he reached out to longtime friend Janette. Did she have room among the flowers?

She said come on over, and bring those backpacks.

"Her organization, her people are amazing," says Rob.

School-supply donations for the Backpack Lady Project can be dropped off at the main office of Random Acts of Flowers (564 Frederica Lane, Dunedin), the latter of which is best helped through monetary donations.

Volunteers from each group will support the other; both charities will also promote the other's mission.

During this challenging time for all of us, a whole lot of free backpacks and beautiful flowers will be making their ways across Tampa Bay.