Car crashes into bedroom of Largo home, homeowner says 'something needs to be done' to intersection

Two people were injured after a car crashed into a Largo home on Friday morning while the homeowner was inside drinking coffee and eating breakfast.

LARGO, Fla. — Two people were injured after a car crashed into a Largo home on Friday morning while the homeowner was inside drinking coffee and eating breakfast.

At approximately 4:30 a.m. Friday, Seminole Fire responded to a car into a building and possible structure collapse in the area of 125th Circle and Wild Acres Road in Largo. They arrived on scene and found a 2013 white Hyundai Equus had crashed into the spare bedroom of a home located at 8277 125th Circle. Crews found two people in the sedan and had to extricate them out.

Mario Velasquez, 30, of Largo, was driving the sedan at the time of the crash. His passenger has been identified as John Penalver, 22, of Belleair. According to FHP, Velasquez failed to stop at the intersection, ran the stop sign, struck several warning signs and trees before entering a ditch, colliding with a vinyl fence, traveling through a backyard, hitting more trees, colliding with a second fence and then finally crashing into the house on 125th Circle North. No one in the home was injured. 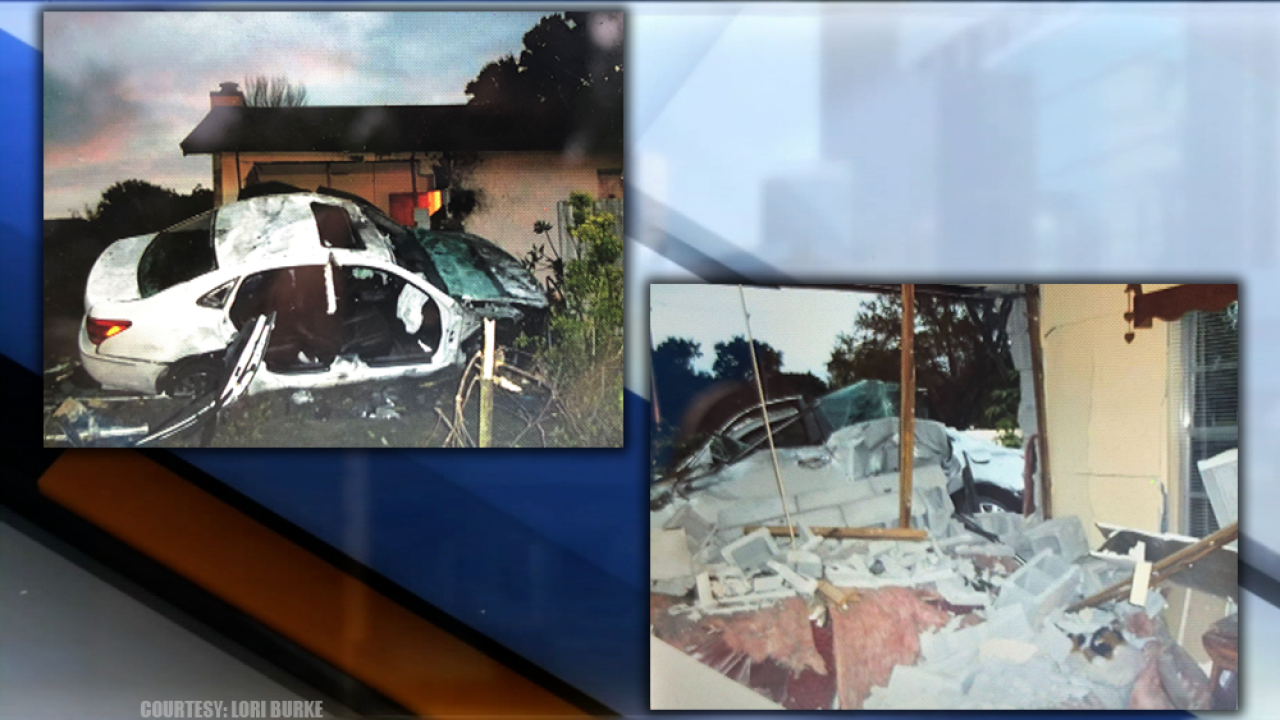 Velasquez was cited for driving while his license was suspended and for running a stop sign.

Velasquez and Penalver were alert at the time and taken to Bayfront Medical Center. FHP says they suffered minor injuries in the crash.

The homeowner, George Howe tells ABC Action News this is the 5th accident in this intersection. Howe tells us cars have gone through a ditch, into a retention pond, and another house has been hit before. "I'm statistic number five," said Howe.

Howe says there is a sign leading up to the stop sign telling drivers to be prepared to stop but he's hoping the county does "Something needs to be done,"