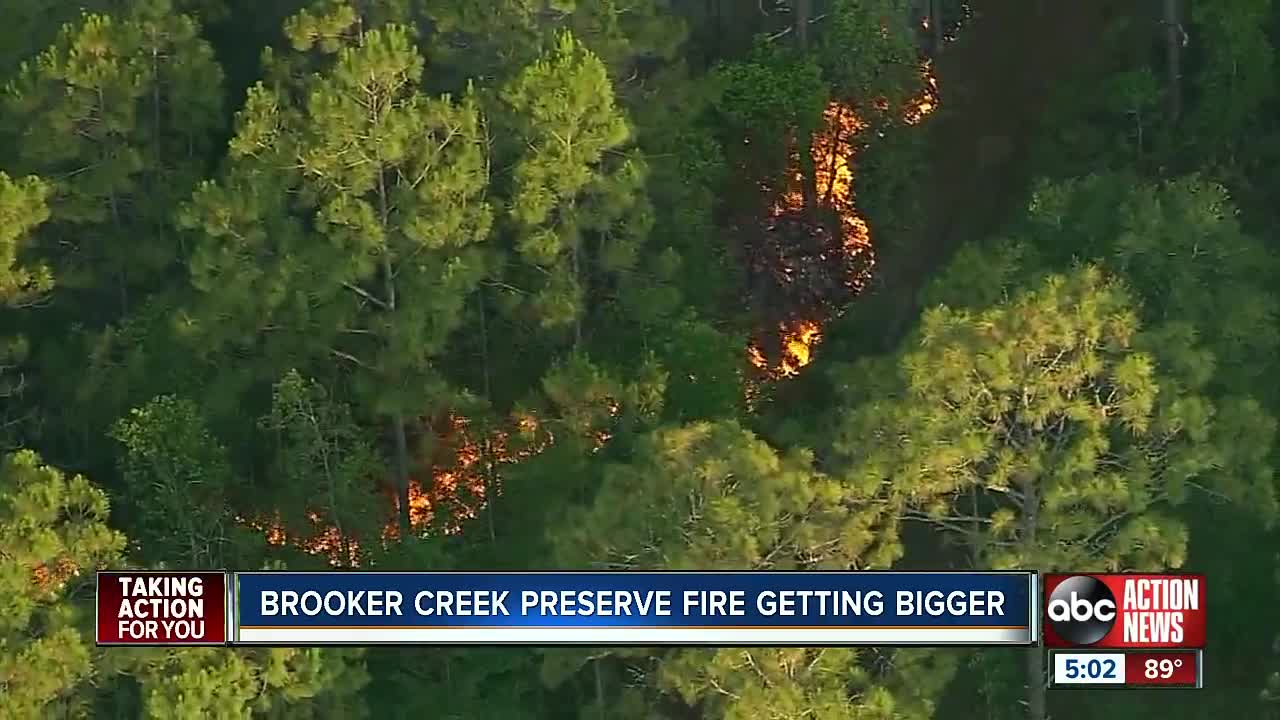 Firefighters are working on bringing in more equipment to battle a 30-acre brush fire that's around 70% contained in the Brooker Creek Preserve. 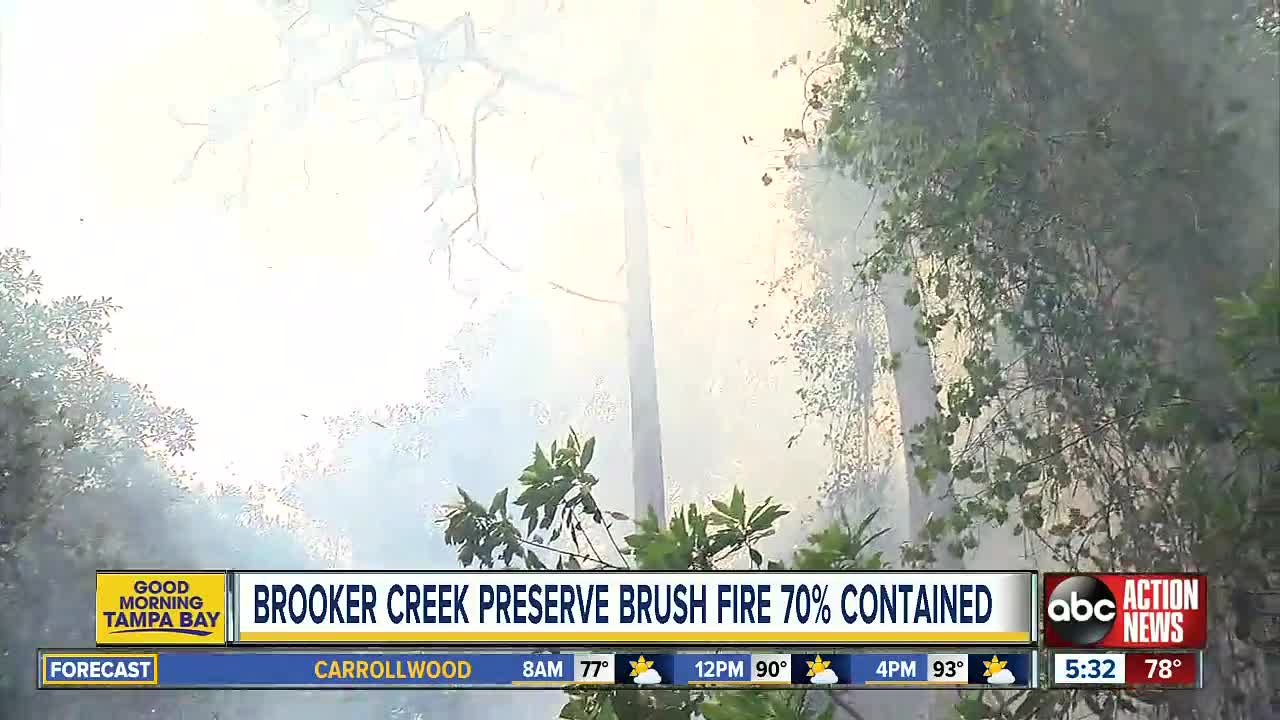 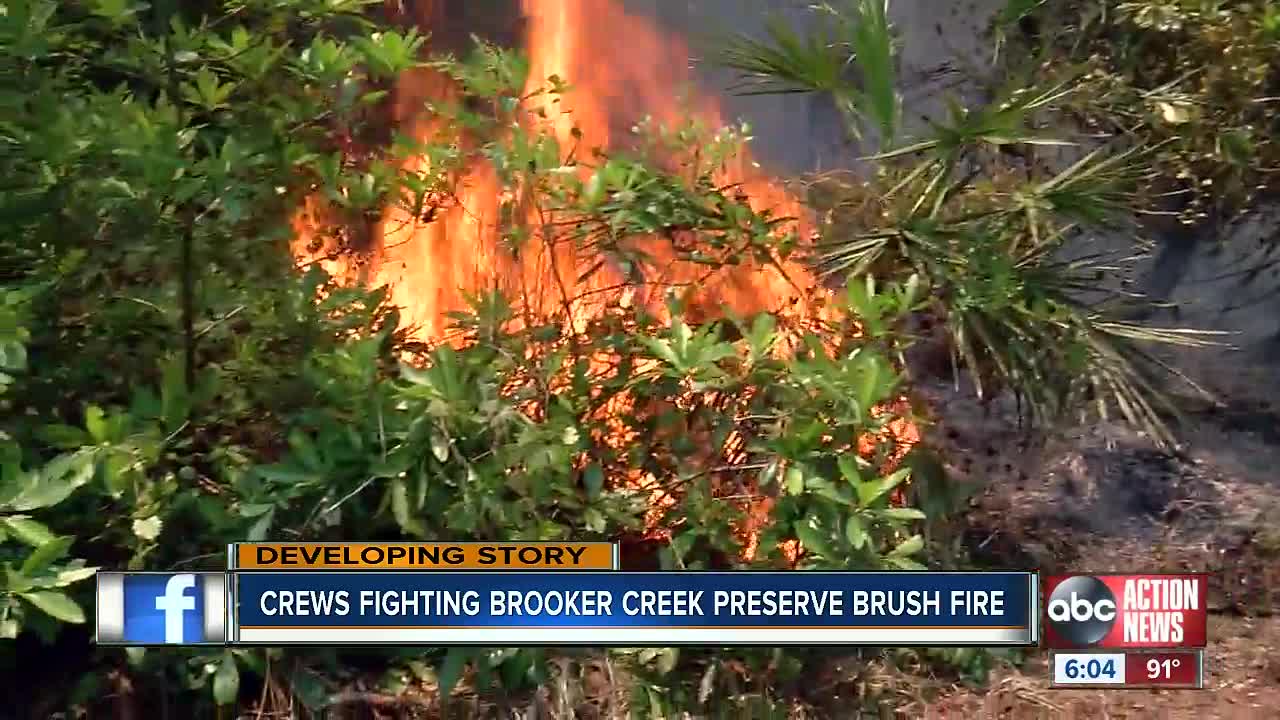 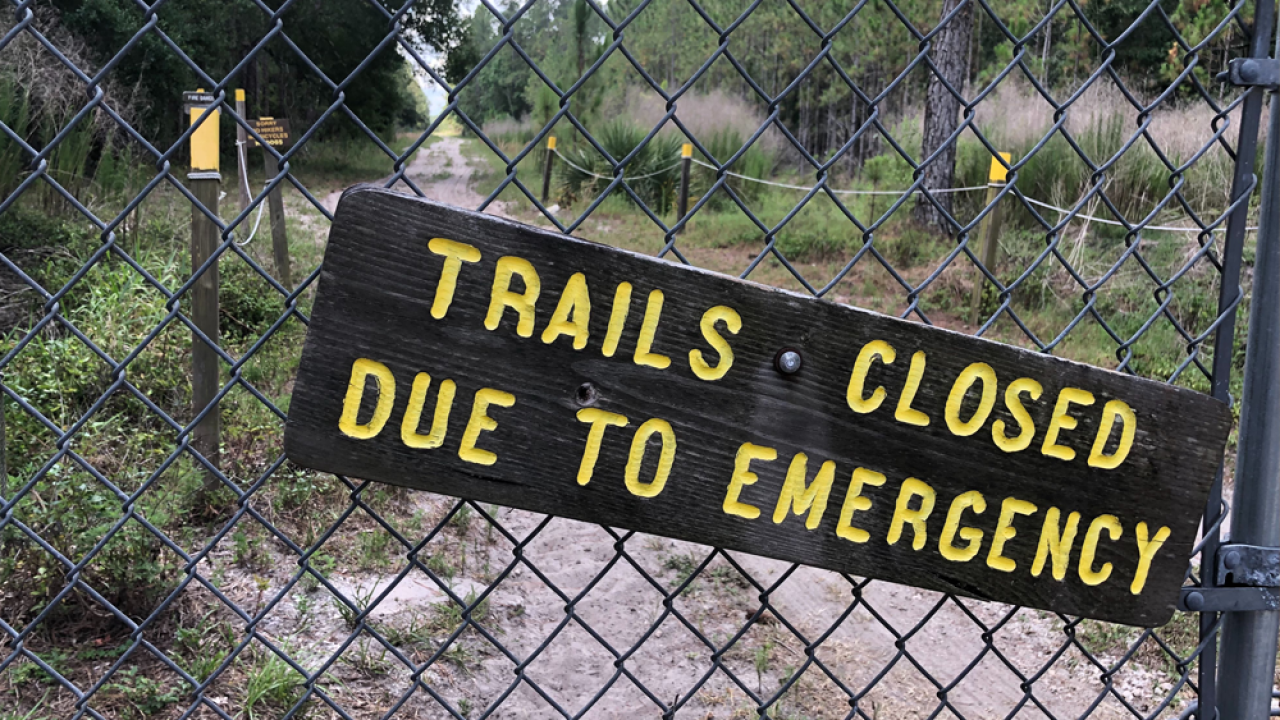 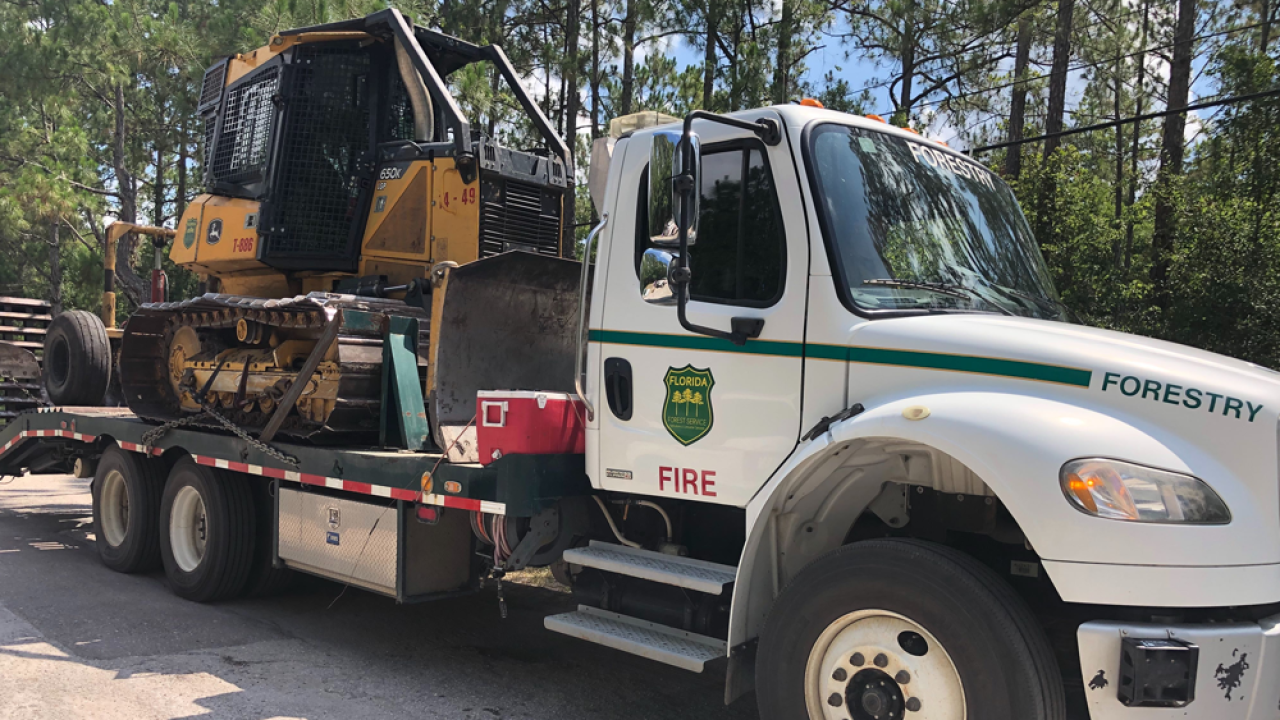 PINELLAS COUNTY, Fla. — Firefighters are working on bringing in more equipment to battle a 60-acre brush fire that's around 70% contained in the Brooker Creek Preserve.

As of Thursday, the fire grew to over 60 acres.

No homes are threatened and the fire has not caused any injuries, according to Todd Chlanda, with the Florida Forest Service in Lakeland.

People living nearby could see smoke blown back into their neighborhoods if there are strong winds.

Crews say the location of the fire is making firefighting efforts difficult. There are several large trees and thick vegetation in the vicinity of the fire, which Chlanda says is about a half mile into the preserve from the horse trail entrance on Lora Lane.

The fire is also burning in a swampy area.

The dry and hot conditions are a concern for firefighters who say right now there are prime conditions for brush fires.

Chlanda says while there is not a burn ban in effect currently, he is urging residents to trim any shrubbery or branches within five feet of your home.

Chlanda expects the smoky conditions to die down this afternoon but return in the evening hours as the temperatures and humidity drop.

Jim Gary spent more than 30 years as a Tampa firefighter and although he can’t see the fire near his home, he knows it’s close.

“In the morning when I was heading out there was a lot of ash in the driveway and the smell of that burning Cypress mulch,” said Gary.

Fire crews are having a tough time getting to many areas that are burning because of the thick brush.

“There are no good trails or roads to leading to where the fire is, so getting water handling apparatus back there to cool this thing down is difficult,” said Forest area supervisor with the Florida Forest Service, John DeWolfe.

Even though most of the fire is contained, the Florida Forest Service says afternoon storms bring unpredictable wind changes.

“That increases the chance of the fire throwing embers across the fire lines that we are constructing and causing new fire,” said DeWolfe.

The Forestry Service says the best way to protect your home is to cut back and shrubbery or branches within five feet of your home.

Meanwhile Jim looks forward to more hikes in the preserve in the future.

“Sometimes the fire is good because it kicks out the underbrush and prevents a larger fire that could impact the houses around here. So fire is a good thing. It’s part of nature,” said Gary.

Broker Creek is closed Thursday and officials say it will stay closed until further notice.