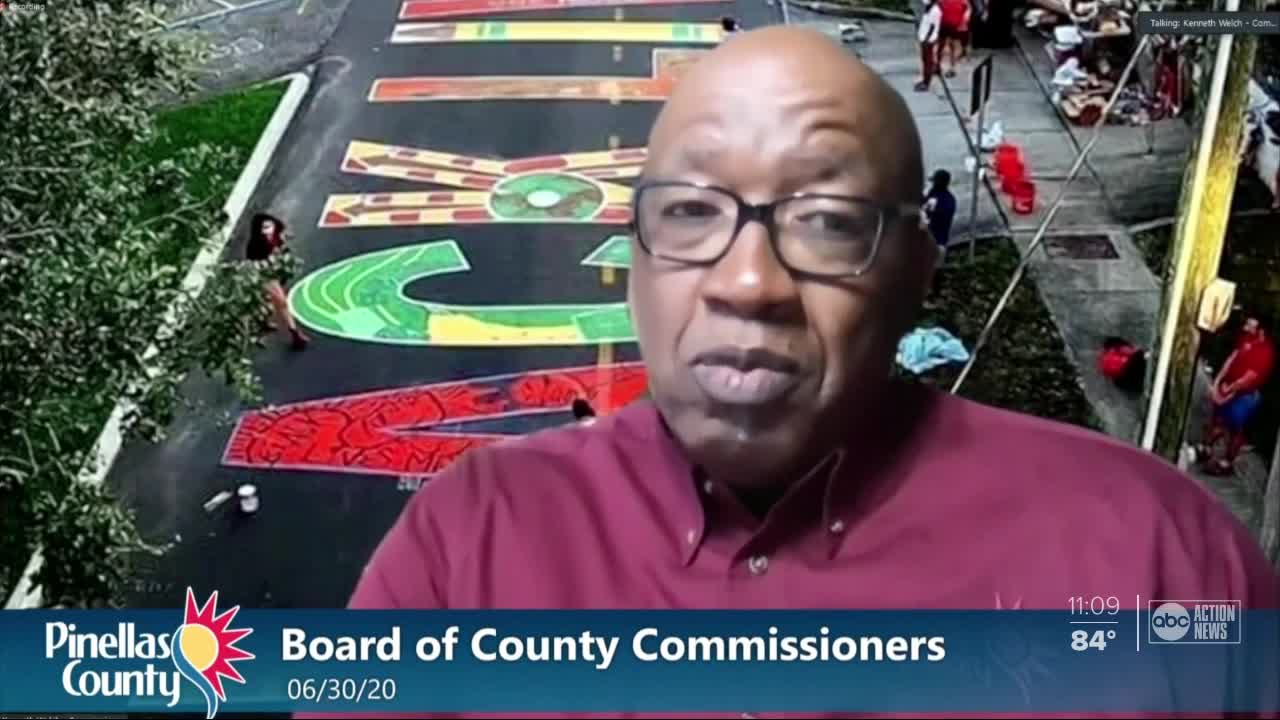 A debate over virtual backgrounds in county meetings is getting a lot of attention on social media. It stems from Commissioner Ken Welch choosing to use a Black Lives Matter mural photo as his backdrop for Tuesday’s Pinellas County commission meeting. 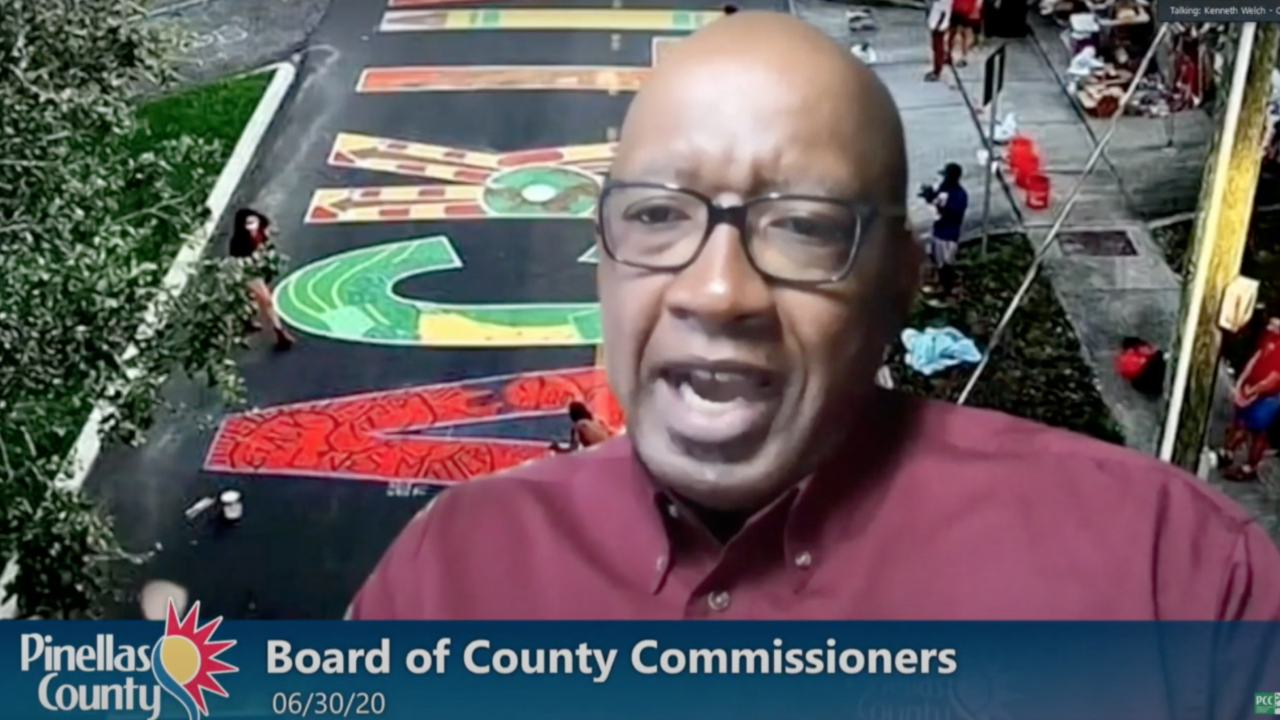 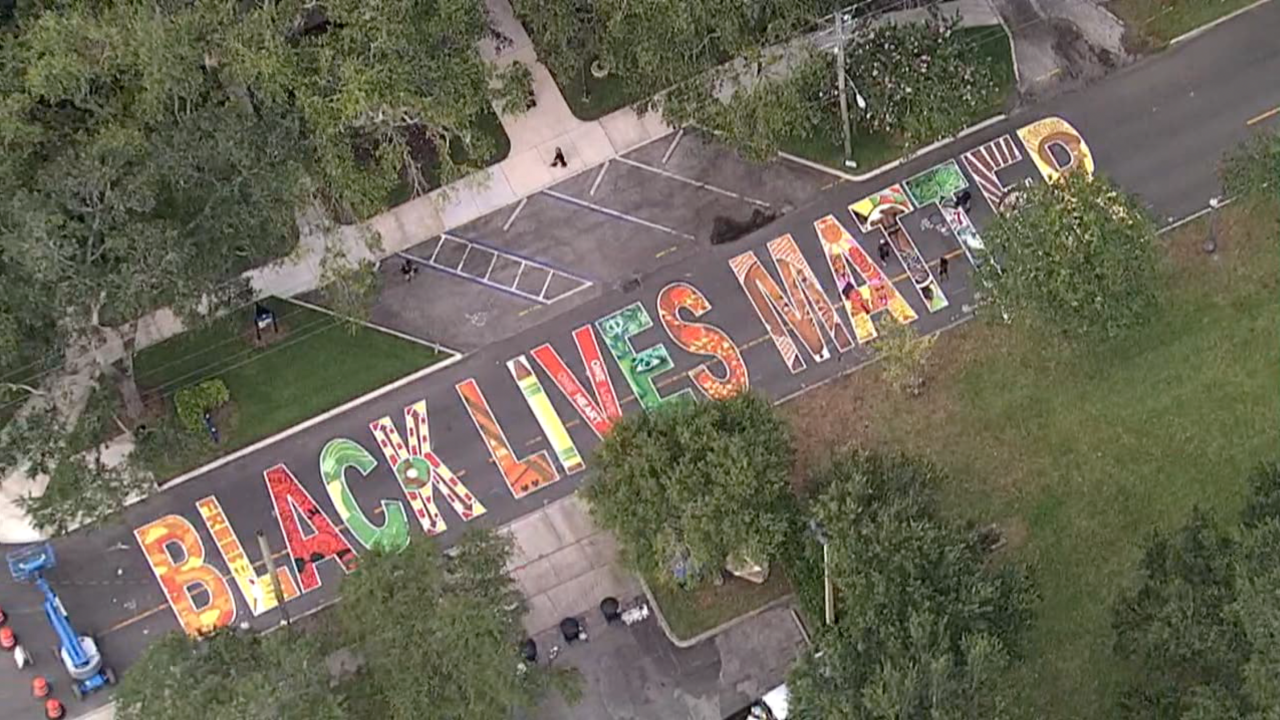 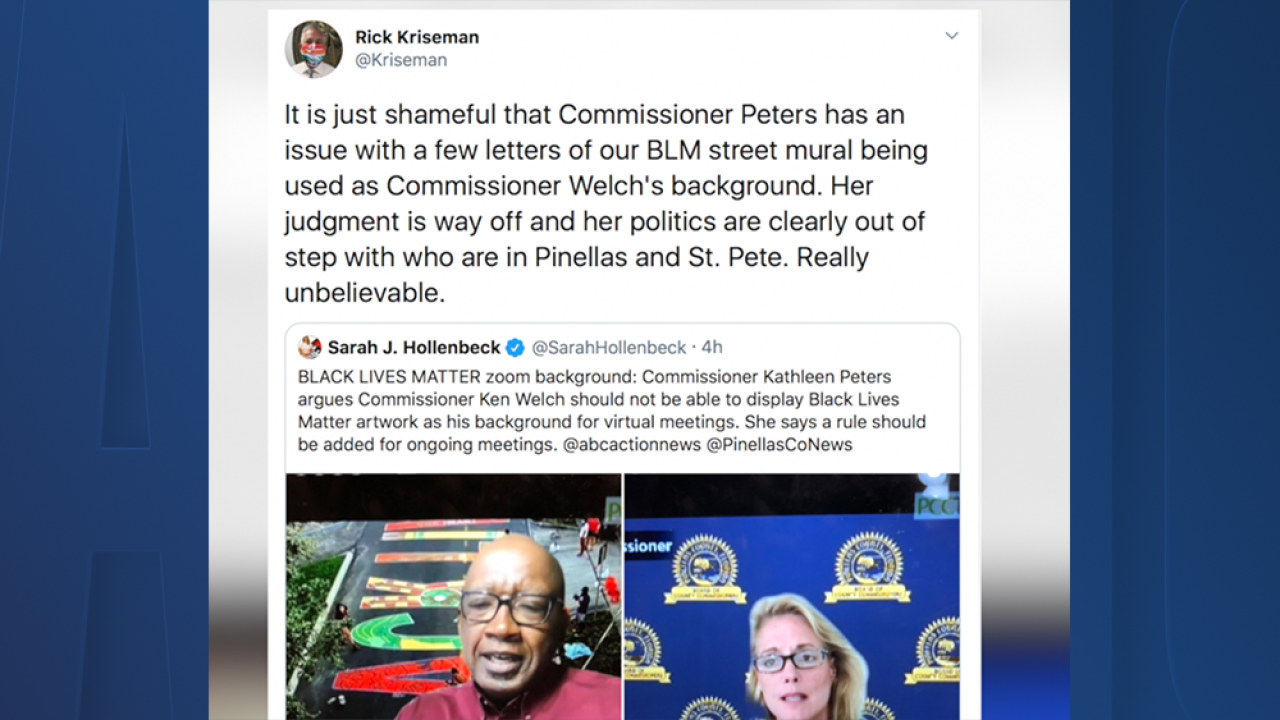 PINELLAS COUNTY, Fla. -- A debate over virtual backgrounds in county meetings is getting a lot of attention on social media.

It stems from Commissioner Ken Welch choosing to use a "Black Lives Matter" mural photo as his backdrop for Tuesday’s Pinellas County commission meeting.

Artists recently worked with the city of St. Petersburg to paint the mural on 9th Avenue South outside the Dr. Carter G. Woodson African American Museum in St. Petersburg.

Commissioner Kathleen Peters says she has received several e-mails about the photo being “inappropriate” as a backdrop.

“Commissioner Welch, it wasn’t personal about your background. It isn’t about that at all. The only reason I brought it up to staff is that I had people texting and emailing me that they had issues with it. I just don’t believe signs belong in a government meeting and that’s my opinion,” Peters explained.

She compared the Black Lives Matter mural to a commissioner placing a sign for a local business as their backdrop and inappropriately supporting a particular endeavor.

Ken Welch, who is the only black commissioner in Pinellas County, quickly replied back.

“In 2020 and in the world we are living in, we need to speak out on issues. This is a Zoom background and I will continue to use this Zoom background because I feel that strongly about it,” Welch said.

A tweet from reporter Sarah Hollenbeck quickly started a conversation on social media about whether or not the background is appropriate.

St. Petersburg Mayor Rick Kriseman also joined into the conversation writing, “It is just shameful that Commissioner Peters has an issue with a few letters of our BLM street mural being used as Commissioner Welch’s background. Her judgment is way off and her politics are clearly out of step with who we are in Pinellas and St. Pete. Really unbelievable.”

She sent us the following statement:

"I find it unfortunate that Mayor Kriseman took this opportunity to play politics. My intention is to ensure no signs (political or not) are used for display during any government meeting. This is a policy that was in place in both the Florida House and Senate. Each commissioner represents all or a large amount of the Pinellas County residents and they deserve professionalism from their county commissioners. If there is not a policy, we have now opened the door for any messaging to take place during any or every meeting in the future."