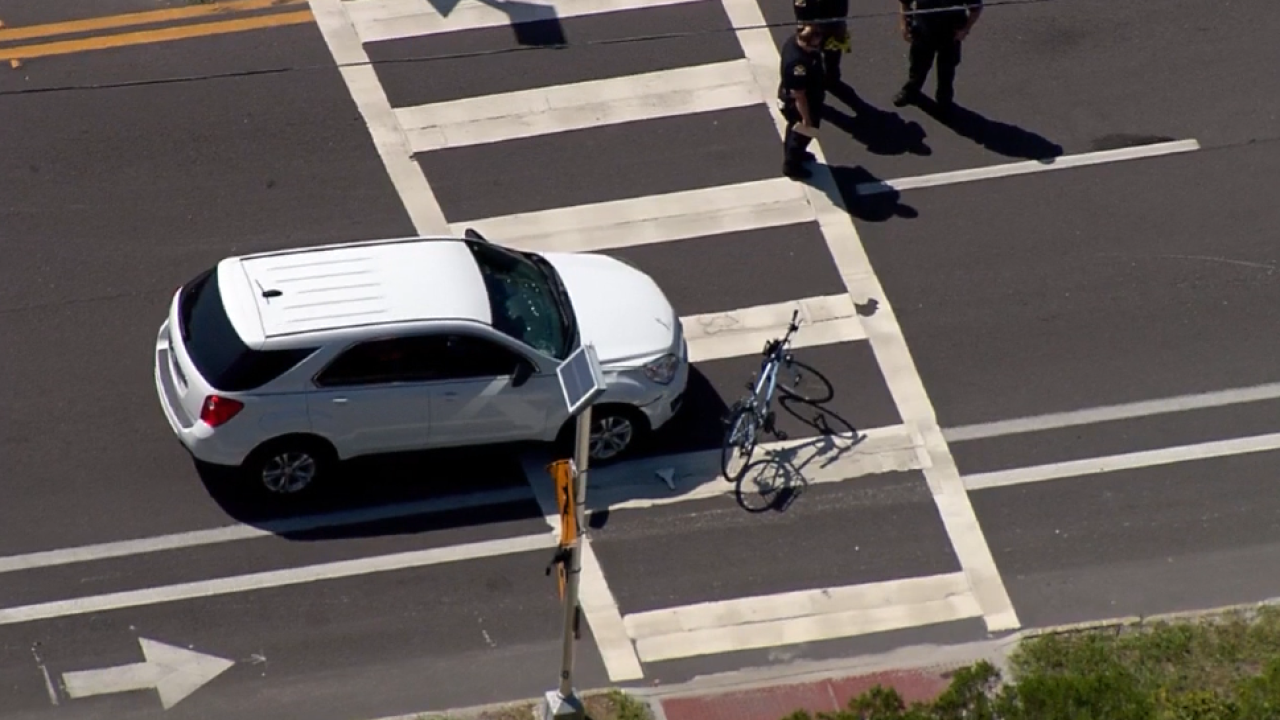 St. Pete police responded to a call of a crash in the 2800 block of Dr. Martin Luther King Jr. Street North. The bicyclist, 25-year-old Anne McLaughlin was pronounced dead on scene, police said.

The driver of the SUV, 44-year-old Brian Doughty Jr., stayed on scene and cooperated with investigation, police said.

The cause of the crash is under investigation. Police say preliminary information shows that McLaughlin was riding in a marked crosswalk when she was hit.