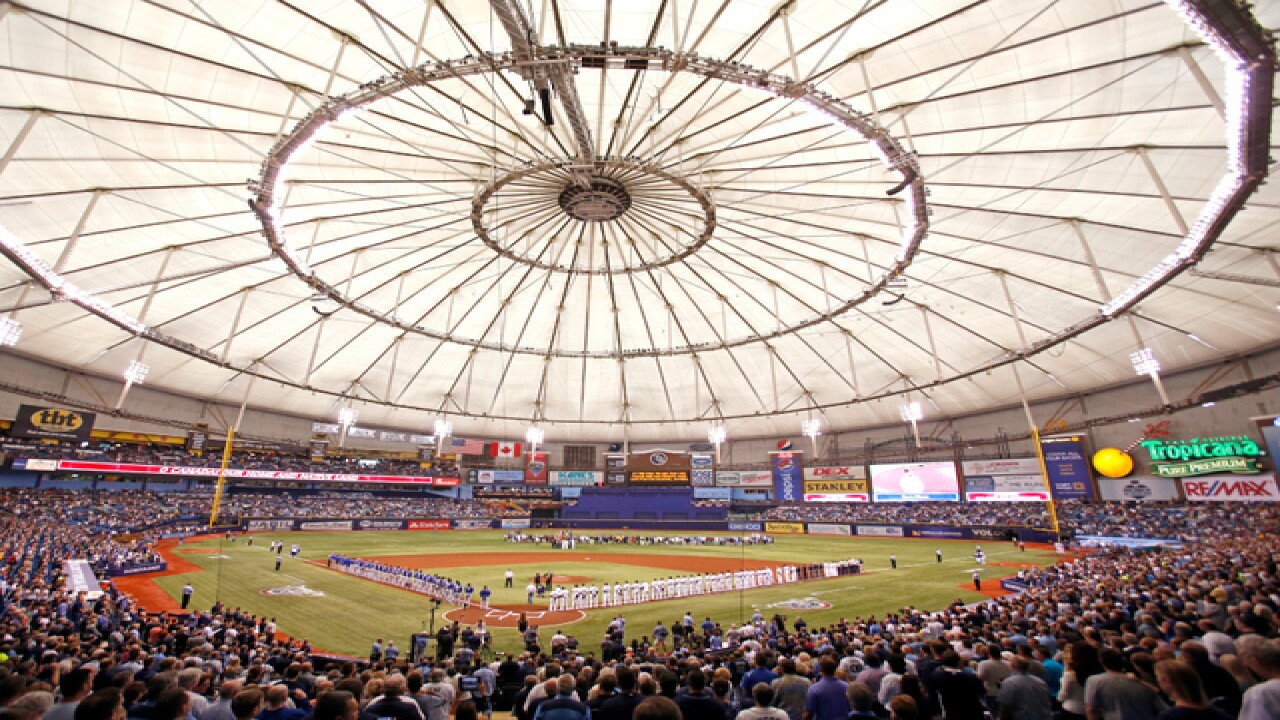 LONDON (AP) — The players' union says the Tampa Bay Rays would need its permission to play games in Montreal.

Commissioner Rob Manfred said last week the low-drawing Rays may explore a split season in Montreal. No timetable for the possible plan was announced

"There is a lot of work that is going to need to be done before that consideration becomes closer to a reality," union head Tony Clark said Friday as the New York Yankees took batting practice at Olympic Stadium, a day before playing Boston in baseball's first major league game in Europe. "We look forward to being a part of that conversation, as well. A lot of challenges there."

Clark said requiring a player to maintain two homes during the season would be a "significant burden."

The Montreal Expos were in the National League from 1969-2004 before moving to Washington and becoming the Nationals. In their last two seasons before moving, the Expos played 22 games a year in Puerto Rico.

Clark said the union considers a team playing home games in two locations to be a mandatory topic of bargaining under the National Labor Relations Act, making it subject to union agreement.

Major League Baseball questions such an interpretation of the NLRA.