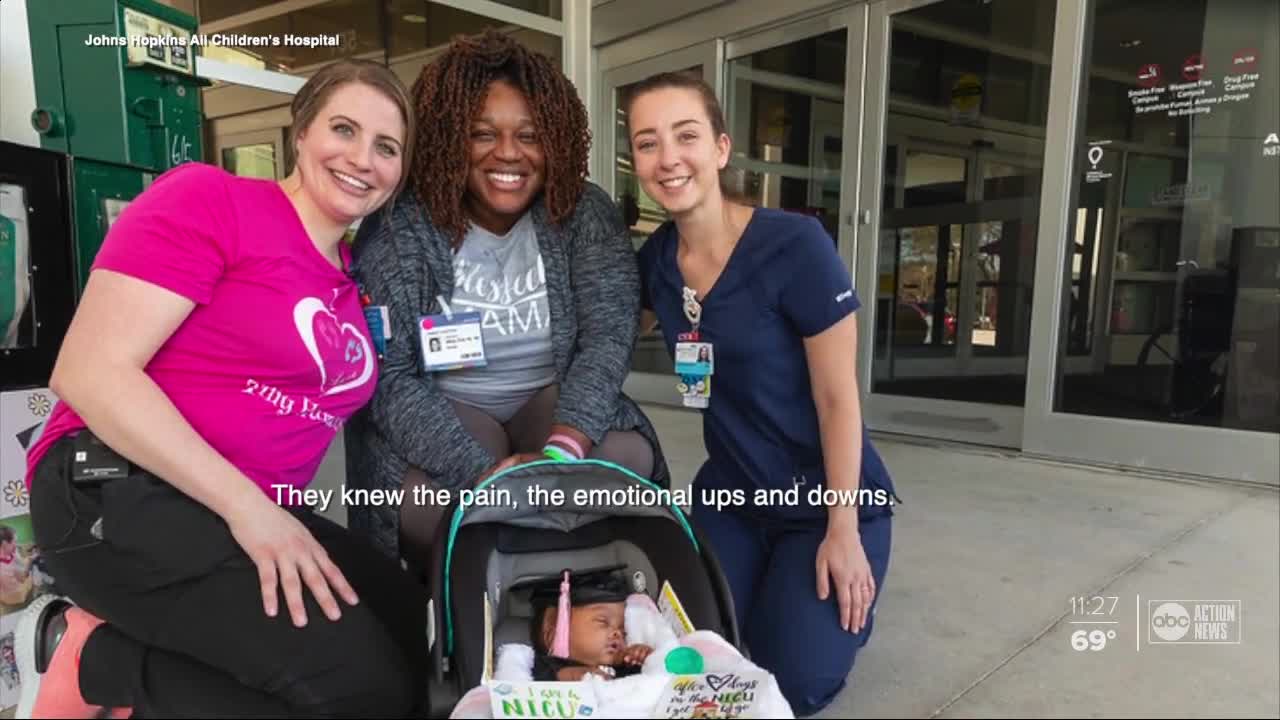 A mother gave birth to her daughter while driving in her car. Her daughter was born premature. She survived 155 days in a NICU at Johns Hopkins All Children's Hospital. She needed numerous surgeries. 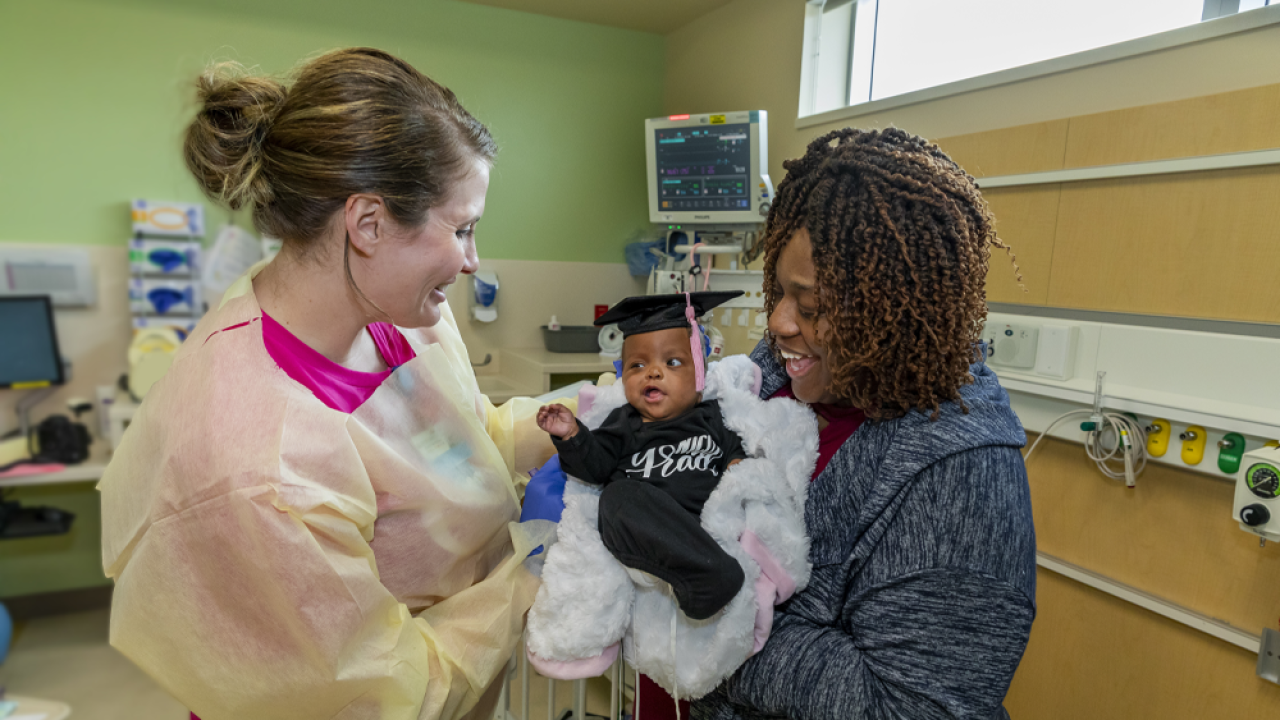 ST. PETERSBURG, Fla. -- A baby who spent about five months in a neonatal intensive care unit at a local hospital got to go home last month.

Ebone Williams said she was six months pregnant when she gave birth to her daughter, Jamela Davis, on September 16, 2019.

She gave birth while driving to the hospital.

"I was always in pain so I didn't know if I was actually in labor... I just felt discomfort," said Williams.

She drove to the nearest hospital and handed her baby to ER staff. Her daughter was not breathing.

"I was an emotional wreck and my main concern was just to get her to the hospital so they could save her because I knew she was too early," said Williams.

Jamela weighed 1.5 pounds at birth. She spent 155 days in a NICU at Johns Hopkins All Children's Hospital.

She said the staff became family to her.

"They made you feel at ease because they knew what you were going through. They knew the pain, the emotional ups and downs," said Williams.

Jamela had three brain surgeries and two other surgeries. Her daughter needed a VP shunt, a medical device that relieves pressure on the brain caused by fluid accumulation.

Williams said doctors are unsure about her daughter's future. She is confident her daughter will keep fighting.

"I thank God for her every day. She is a fighter."

Those looking to help the family with their medical bills can click here for more information.