Arrests made after projectile cache found in SUV near St. Petersburg protest 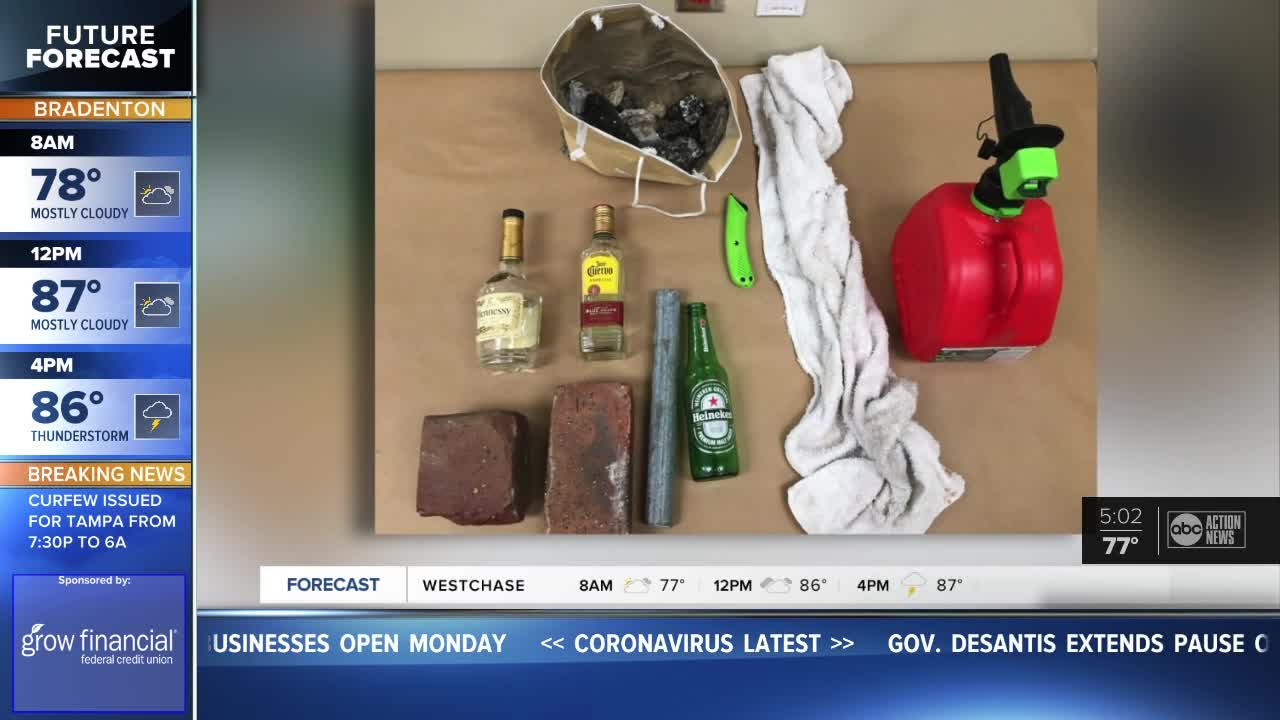 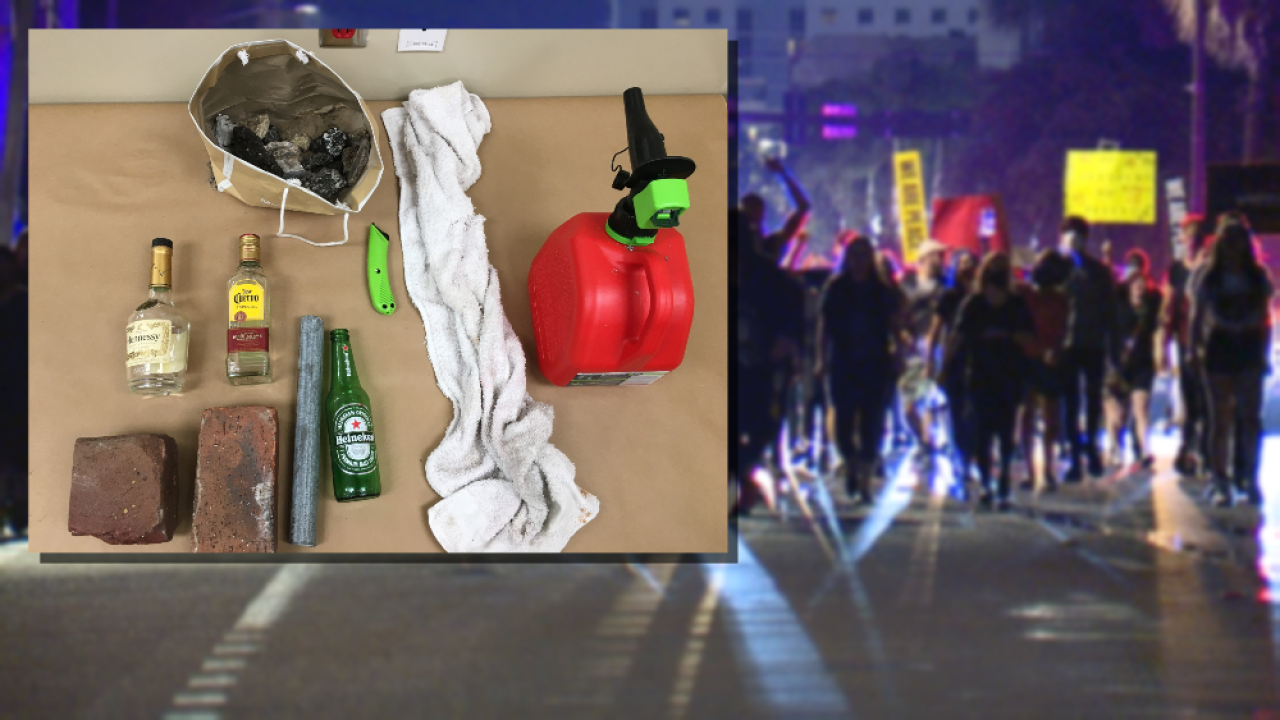 ST. PETERSBURG, Fla. — Officers arrested three people after a cache of items that could be used as projectiles were discovered in a SUV near a protest over the murder of George Floyd.

St. Pete Police reports they received information a red SUV connected to the protesters and parked in the 1200 block of Central Avenue contained items that could be used a projectiles. Just before midnight, officers found a gas cannister, glass bottles, bricks, a bag of large rocks and a metal pipe in the vehicle.

Police arrested three people in connection for the items in the SUV.

All three are expected to face charges for Inciting a Riot.

Authorities say protesters made they way back to the Police Department headquarters around 1:15 a.m. Tuesday morning. Officers say some protesters drove cars onto 1st Avenue North despite barricades to keep it closed to traffic.

Because of the items found earlier in the SUV and cars on the closed road, police declared an unlawful assembly and warned remaining protesters to leave the area.

Officers then discharged smoke bombs to disperse the crowd.

St. Pete Police say they also arrested a 29-year-old Tampa man for Inciting a Riot. Anthony Koedel is allegedly one of the organizers of this week's protests in St. Petersburg.