'An angel tapped me on the shoulder:' 9/11 survivor shares harrowing story 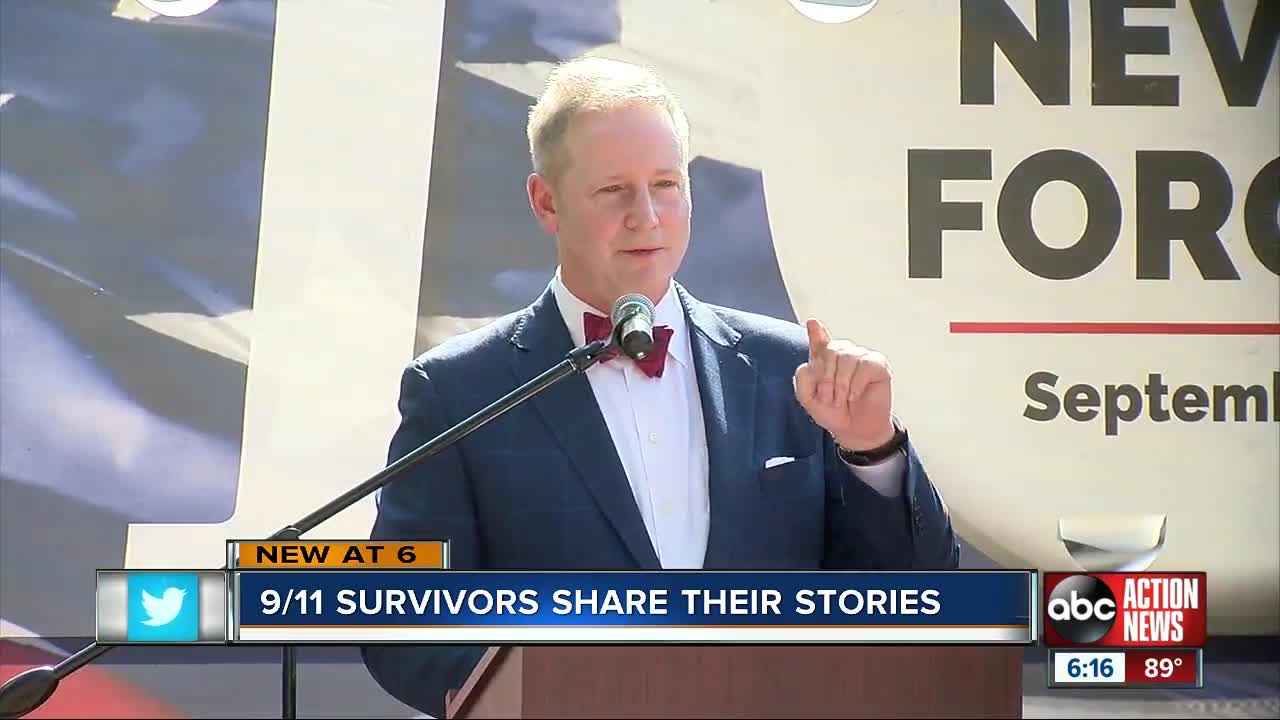 We all remember exactly where we were on September 11, 2001; the day that changed our nation forever. Michigan resident Patrick Anderson was inside of the Marriott Hotel in World Trade Center 3. 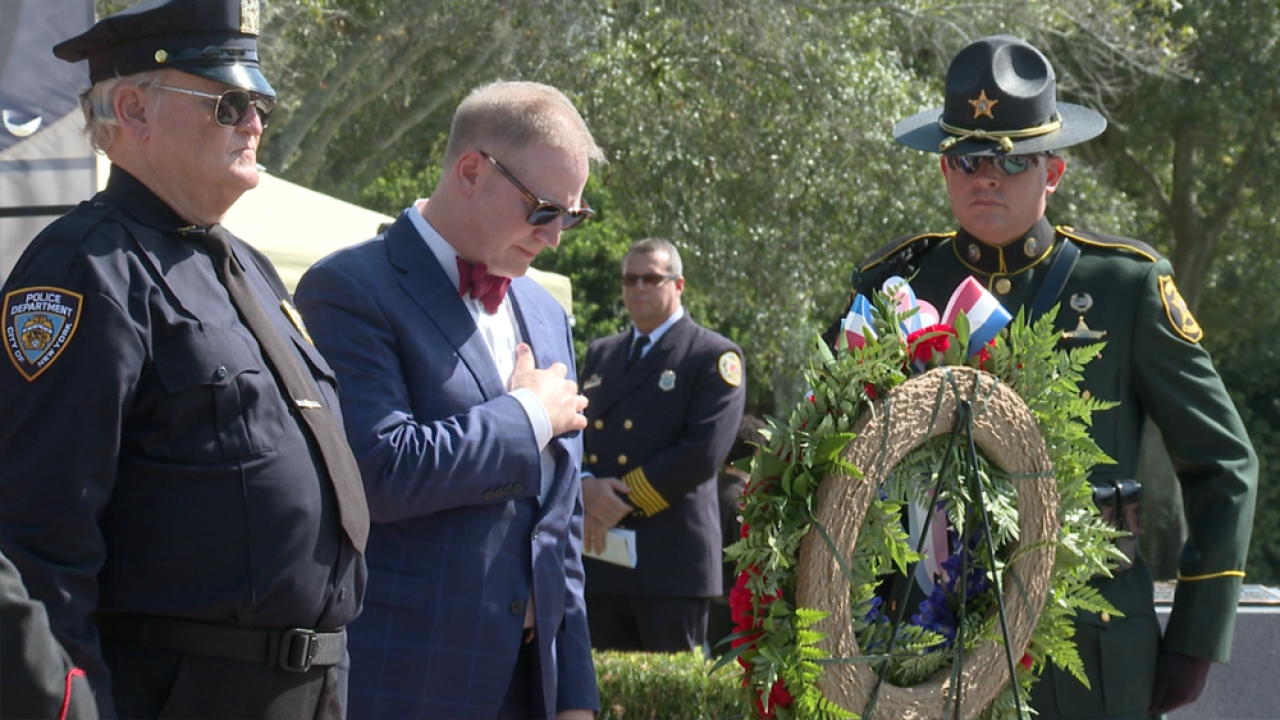 PALM HARBOR, Fla. — We all remember exactly where we were on September 11, 2001; the day that changed our nation forever. Michigan resident Patrick Anderson was inside of the Marriott Hotel in World Trade Center 3. He remembers feeling the building shake and the noise that reminded him of glass plates breaking.

He also remembered the announcements from hotel workers telling everyone to stay inside their rooms and seeing debris and destruction out his window.

What happened next, was nothing short of a miracle, he says.

"I really felt like there was a tap on my shoulder at some point telling me to go. If I hadn't heeded that tap, I wouldn't be here today," Anderson said with emotion.

Anderson says his only explanation is that it was an angel guiding him.

Anderson left his hotel room wearing a single shoe and carrying only his wallet.

New York City firefighters helped him get to safety.

"I am alive today and they are not. I don't take that lightly," he explained to a large crowd of people at the Curlew Memorial Gardens Wednesday during a 9/11 remembrance event in honor of the 18th anniversary of the terrorist attacks in New York City.

That's why Anderson founded the Michigan Remembers 9/11 Fund, which commemorates the lives lost during the terrorist attacks and encourages people to spread kindness and education about the events of 9/11.

During a moving ceremony Wednesday morning, officers tolled bells in memory of the victims. One woman brushed back tears as she sat next to a picture of her sister who died in the 9/11 attacks. The event also included police officers who worked in New York City on 9/11.

To honor the victims, Curlew Hills Memory Gardens also has two vertical beams of light shining high into the sky, similar to those seen in New York City.

Anderson hopes his harrowing tale of survival inspires others.

"Yes, we bear witness to a terrible loss. We also bear witness to incredible courage. I believe as long as we do not forget both the loss and heroism and we never give up, we will continue to thrive," Anderson said. "Freedom is purchased at a very high price. We shall not forget."