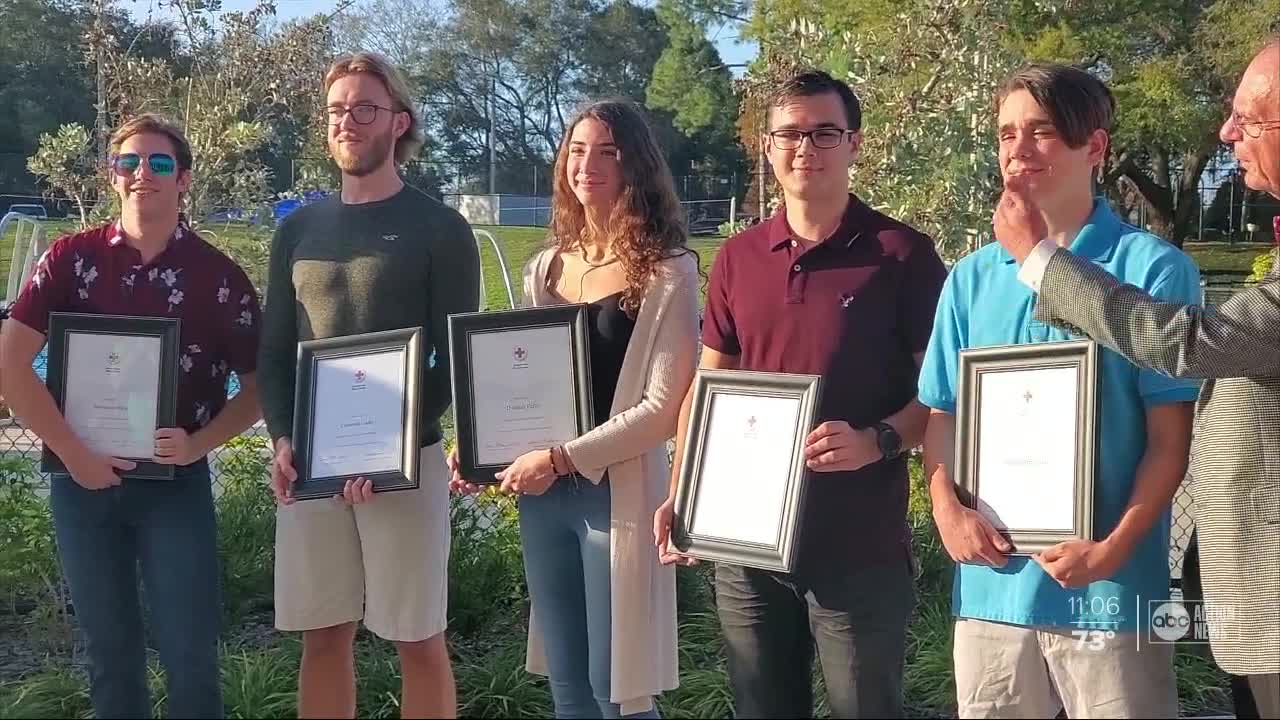 The American Red Cross recognized the five lifeguards who saved an unresponsive man in a pool last year. 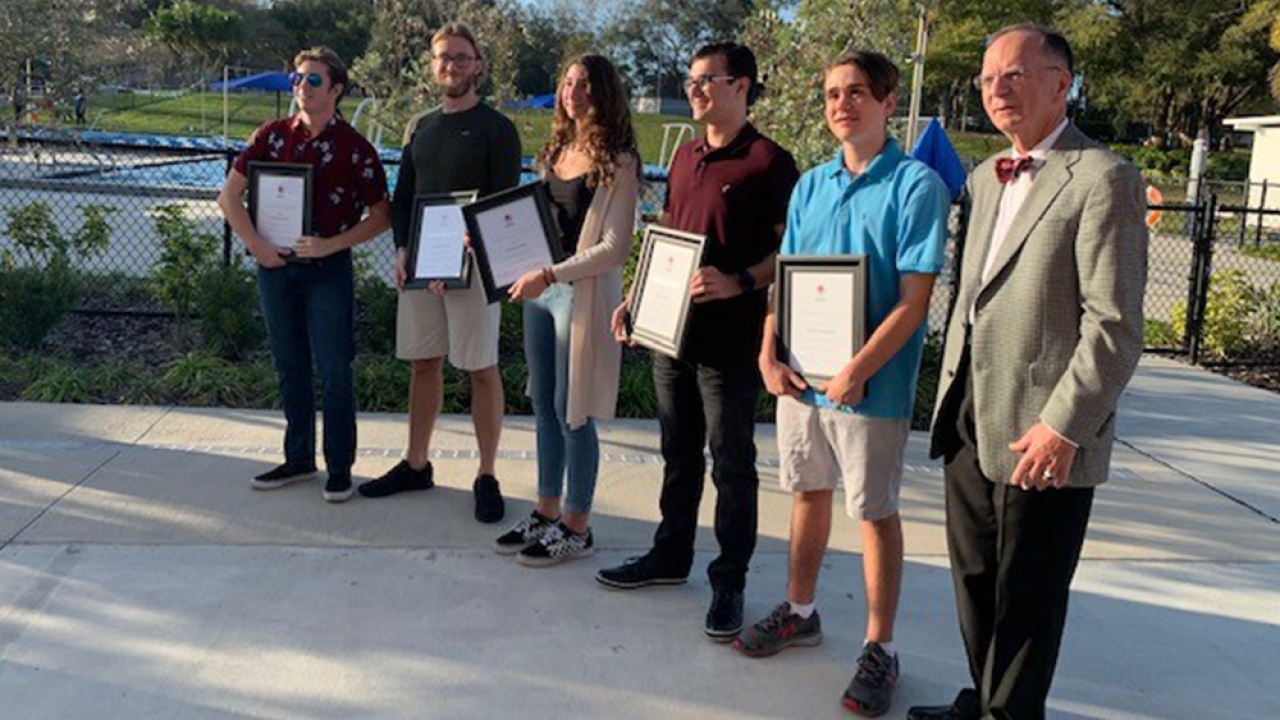 CLEARWATER, Fla. -- The American Red Cross recognized the five lifeguards who saved an unresponsive man in a pool last year.

Clifford Patterson's heart stopped in October of 2019. He recalls the Saturday afternoon when it happened.

"I fainted in the pool, floating on the surface, while I was swimming. I blacked out," said Clifford Patterson.

They each received the "Lifesaving Award" from the Red Cross.

Only a small percentage of people in the country receive this award.

"The American Red Cross has recognized 282 people and has saved 124 lives so the five that we recognized tonight are within a small group of people that have taken heroic action and made a difference," said Eric Corliss, Red Cross Regional CEO.

Jonathan House has worked as lifeguard for nearly three years. He performed CPR on Patterson.

"I jumped in the water. I pulled him to the other side. I checked his pulse. He didn't have one so I started doing CPR," he added.

Patterson has worked for the City of Clearwater as a lifeguard for nearly two decades.

The lifeguards who rescued Patterson were also trained by Patterson.

"I know people who love me are very pleased I am still alive," said Patterson.

"You wouldn't expect a lifeguard or trainer to drown or anything like that or to faint in the pool. It can happen to anybody," he added.

The American Heart Association states, according to 2014 data, nearly 45 percent of out-of-hospital cardiac arrest victims survived when someone performed CPR.