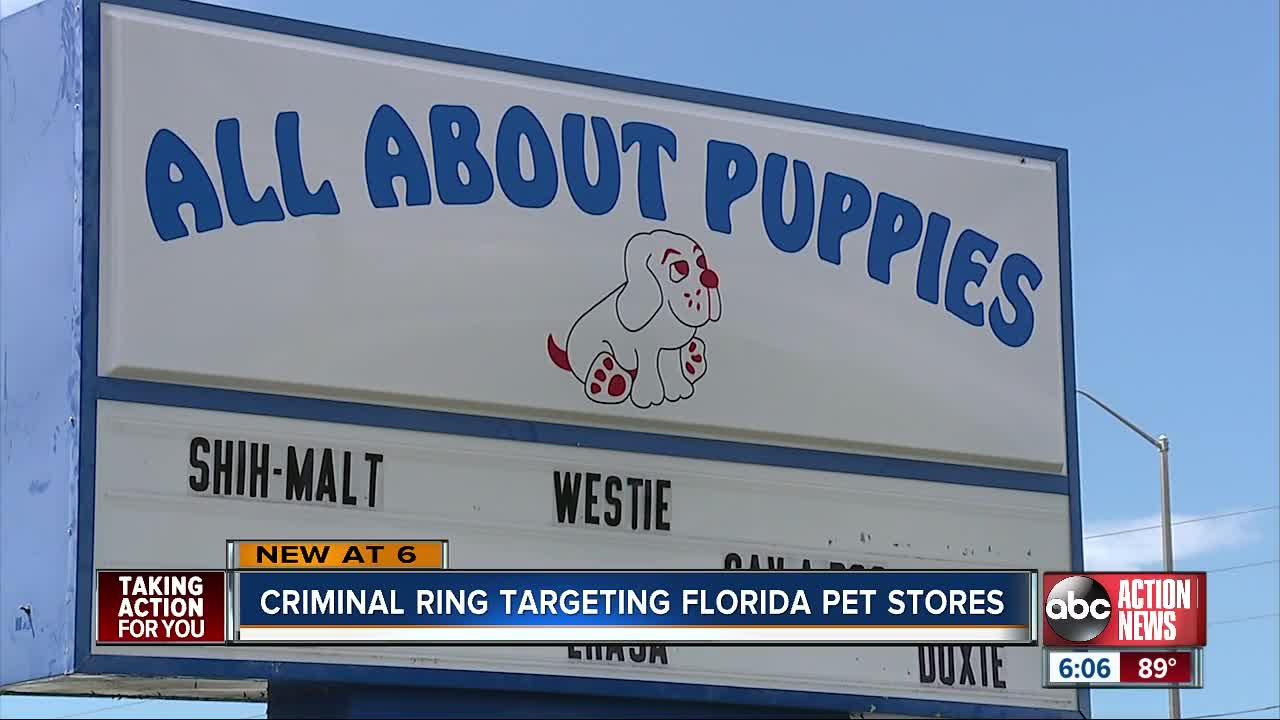 Five people are behind bars after police say they lured victims via Facebook post to a Plant City home where they were then robbed, beaten and kidnapped the victims. One man was still on the run initially but was arrested the next day. 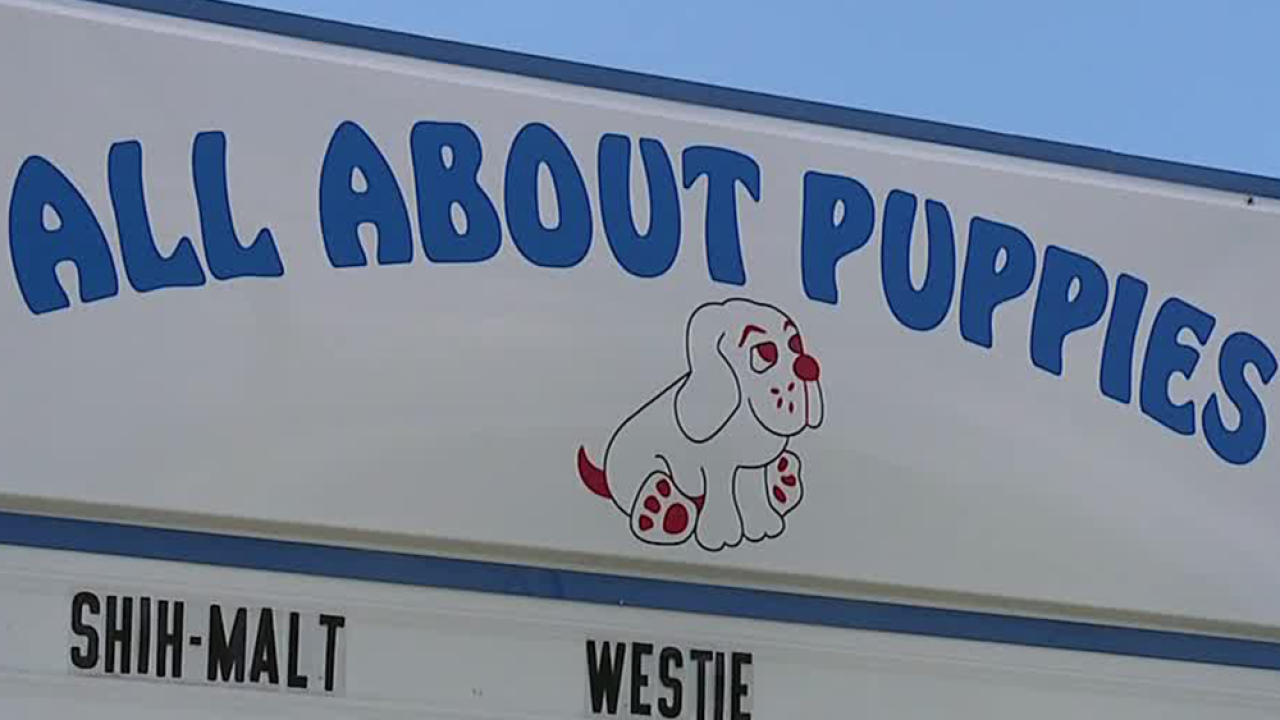 LARGO, Fla. -- In November, ABC Action News told you about the return of a French Bulldog bought with a stolen credit card from the All About Puppies store in Largo.

It landed a woman in jail. Now we're finding out it wasn't the only puppy. New documents show a crime ring is behind similar thefts all over Florida.

"People will do a lot of things to make a quick buck," said Detective Steve Allred. He investigates economic crimes for the Largo Police Department.

Small puppies mean big bucks for a criminal ring targeting pet stores all over the state.

"Wow, that's uh--kinda crazy," said customer Eric Clevelle, "I would think it's a lot of work to do it but when you are talking about the kind of dogs that they are buying and the amount it makes sense."

We obtained a never-before-seen still picture from surveillance footage. It shows a second theft at the Largo store.

Police arrested Bryant Farfan in October 2018 for using stolen credit cards to buy the pup. Police recovered the dog but uncovered a much larger operation. Just a month later, a search warrant shows two other women entered the store and took an English Bulldog puppy.

That puppy was worth nearly $4,000 and to this day has not been found.

The documents show all three women knew each other and were part of the larger ring, at least six people strong.

"It started out as what looked like a basic theft and kind of snowballed from there," said Allred, "It got really big, really out of control, really fast."

Court documents show these people are working together to commit credit card fraud. They start by buying up compromised credit card numbers off the dark web.

By buying numbers off the dark web and then imprint those numbers on blank gift cards, which they presented to retail clerks. Their next step is to buy big-ticket items like high-end purebred dogs, lawn equipment, golf carts and more.

They get their money by selling these items.

Allred says there isn't much the typical consumer can do to tell if a puppy or a lawnmower is stolen but there are steps they can take to prevent their number from ending up on the dark web in the first place.

"Do something to protect your identity, try and keep your credit locked down, stay up on your credit reports," he suggested.

The Florida Department of Law Enforcement, FDLE, is currently overseeing this investigation.

Customer Eric Clevelle has one message for any criminals pulling off this ploy.