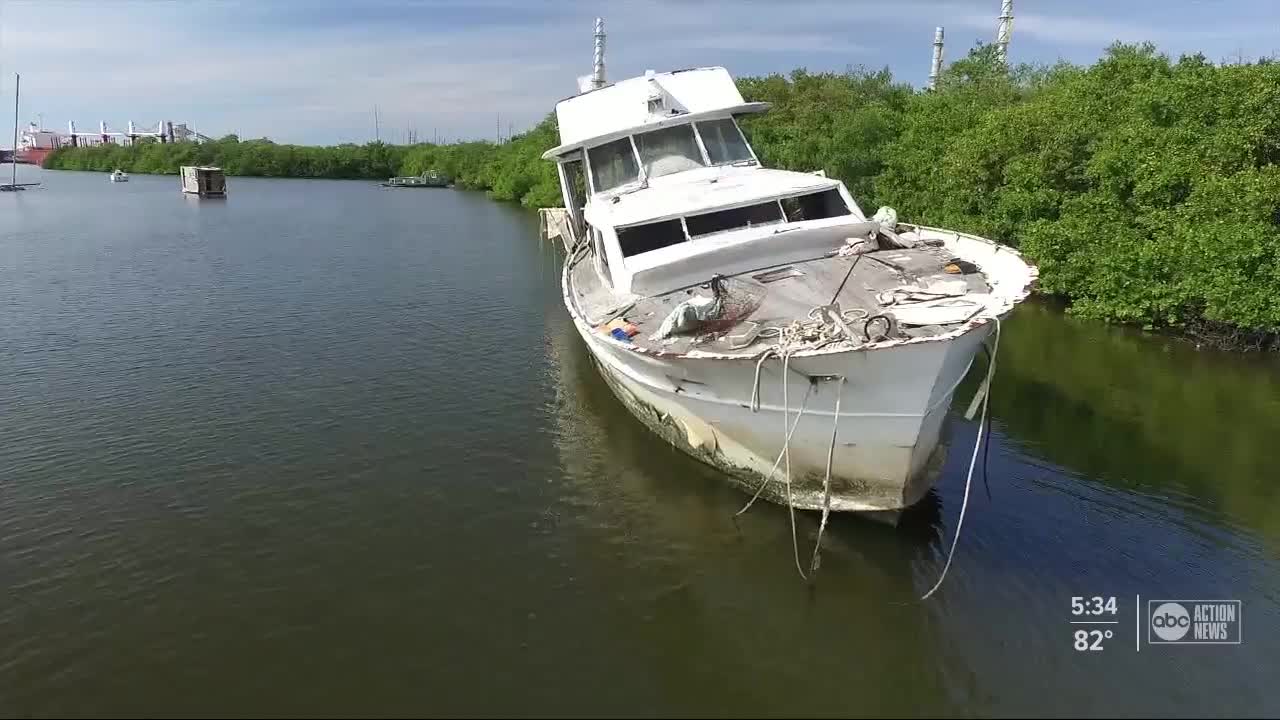 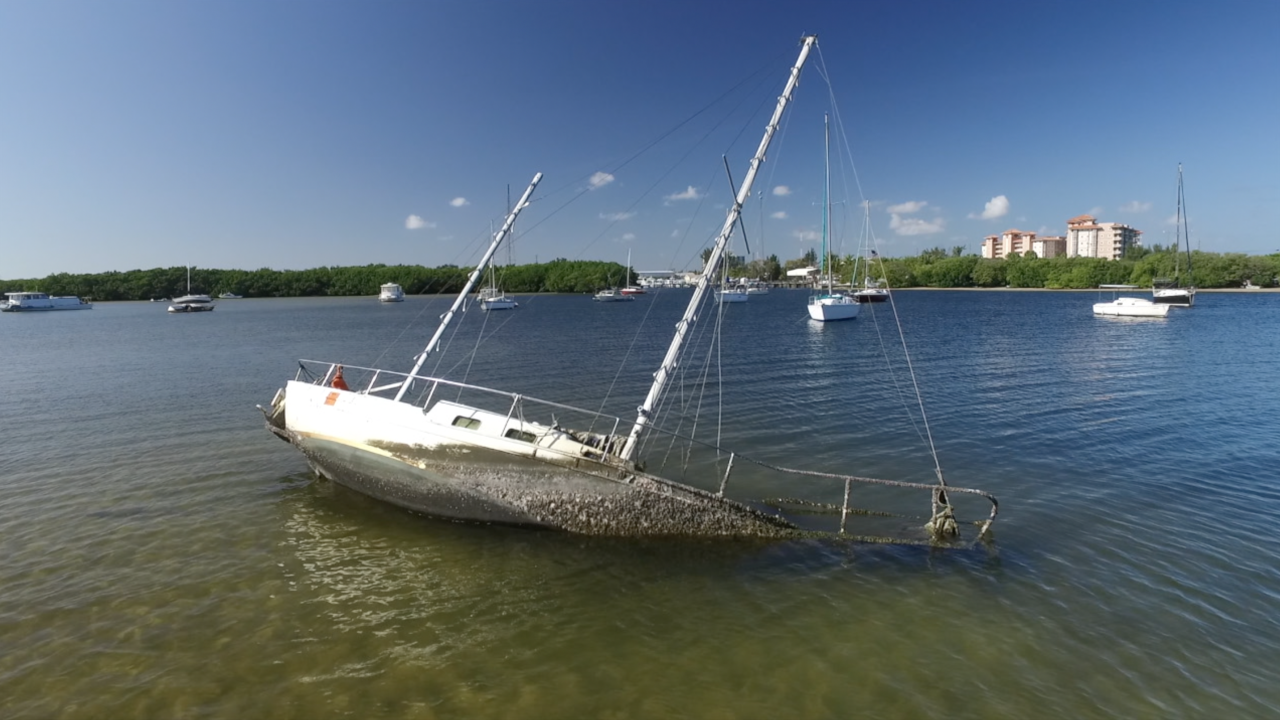 ST. PETERSBURG, Fla. -- Damaged, derelict and left to rot! Boat graveyards are a growing problem in Tampa Bay and across Florida.

The bills, Senate Bill 1387 and House Bill 1407, could speed up the process to remove the more than 350 abandoned boats currently littering state waterways.

The City of St. Pete has made abandoned vessels their top legislative priority for the new session.

That's welcoming news for Michael Conlee. The owner of Urban Kai on the St. Pete side of the Gandy Bridge launches kayaks and paddleboards just feet from nearly a dozen abandoned boats near Weedon Island.

Conlee says he's often peppered with questions every time someone rents a kayak or paddleboard.

“People ask 'Who owns them? Why are they there? Why are the authorities not taking care of it?” he said.

Up the channel at Galati Yacht Sales, Steve Gale stares at another set of abandoned boats.

“I'm tired of looking at that," Gale said. "That boat over there needs a new home.”

According to FWC, the removal of abandoned boats costs taxpayers on average $10,000 per boat and can take upwards to a year to remove.

The new bill would require boat owners to prove that their boat is “seaworthy” with a test. If the boat fails, the owner is required to remove it or pay a hefty fine.

“We want to give people a chance to fix their boats up and keep them seaworthy, at the same time, there’s a point where you gotta say 'hey it’s time to let go and do the right thing,'” Rodriguez elaborated.

Conlee worries the environment and people’s safety will be in jeopardy if these boats aren’t hauled out quick.

“It's hard to see them during high tide or in the dark, and if someone is moving along and hits one, it could eject someone off of a boat. It’s a big hazard,” Conlee said.