World War II vet and former equipment manager for the St. Louis Cardinals Jack Warefield is inspiring players of all ages in Gulfport. 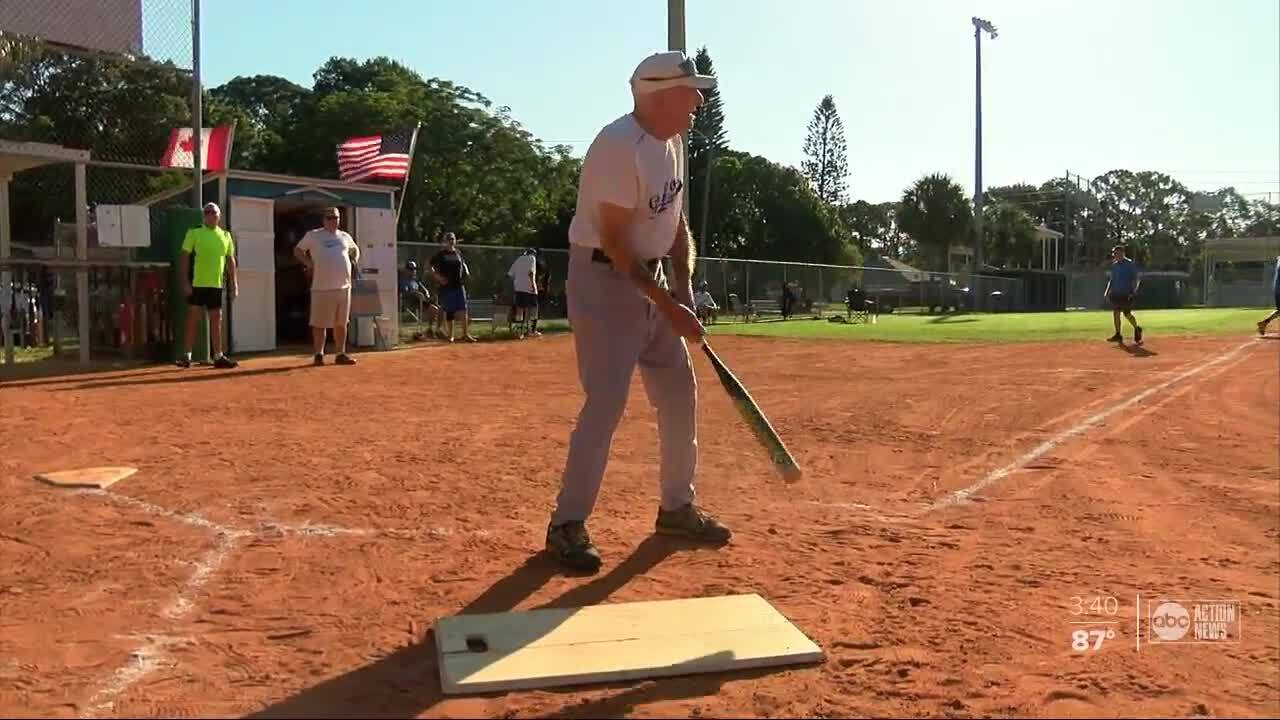 GULFPORT, Fla. — Major League Baseball may still be on hiatus, but in Gulfport, there is a senior league that’s returned to the field. Their 93-year-old catcher was the first one to shout, “play ball.”

From a distance, it looks like any other softball game, but when you take a closer look, you can see they are veteran players led by World War II vet and catcher Jack Warefield.

“Get off the couch and move around, I got aches and pains like everybody else, but I’m here,” said Warefield, who grew up in Williamsport, home of the Little League World Series.

This 55 and up league plays three times a week and Warefield never misses a game.

Warefield knows a little something about baseball. He spent 13 years as an equipment manager in the St. Louis Cardinals organization where he became friends with Hall of Famers like Bob Gibson and Lou Brock.

“They were legends, one was a base stealer and one had a 100 mile per hour fastball, and they were great guys to hang out with and listen to their stories,” said Warefield.

However, on Hoyte Field, Jack is the Hall of Famer.

“He’s always got his head in the game and he knows what’s going on and he sees who is doing the right things and doing the wrong things and he lets them know,” said Muenks.

During Thursday’s game, Warefield was batting cleanup. However, he said when you get to be his age, you’re not looking for home runs, singles are just fine.

“I swing and hope to hit the ball, if you place it right every once in a while you’ll get on base,” said Warefield. “You can’t have thin skin to play here, you have to have tough skin.”

It’s hard to lose old habits, on the bench he still keeps a close eye on the bats and balls.

“It’s not the same game when Jack is not here, everyone relies on him,” said Muenks.

Despite his time with the Cardinals, he said this is the greatest team he’s ever been a part of.

“The fellowship in this group is the best I’ve ever seen, being able to come down here, get exercise and have fun with the guys,” said Warefield.