9-vehicle crash shuts down US-19 in Palm Harbor 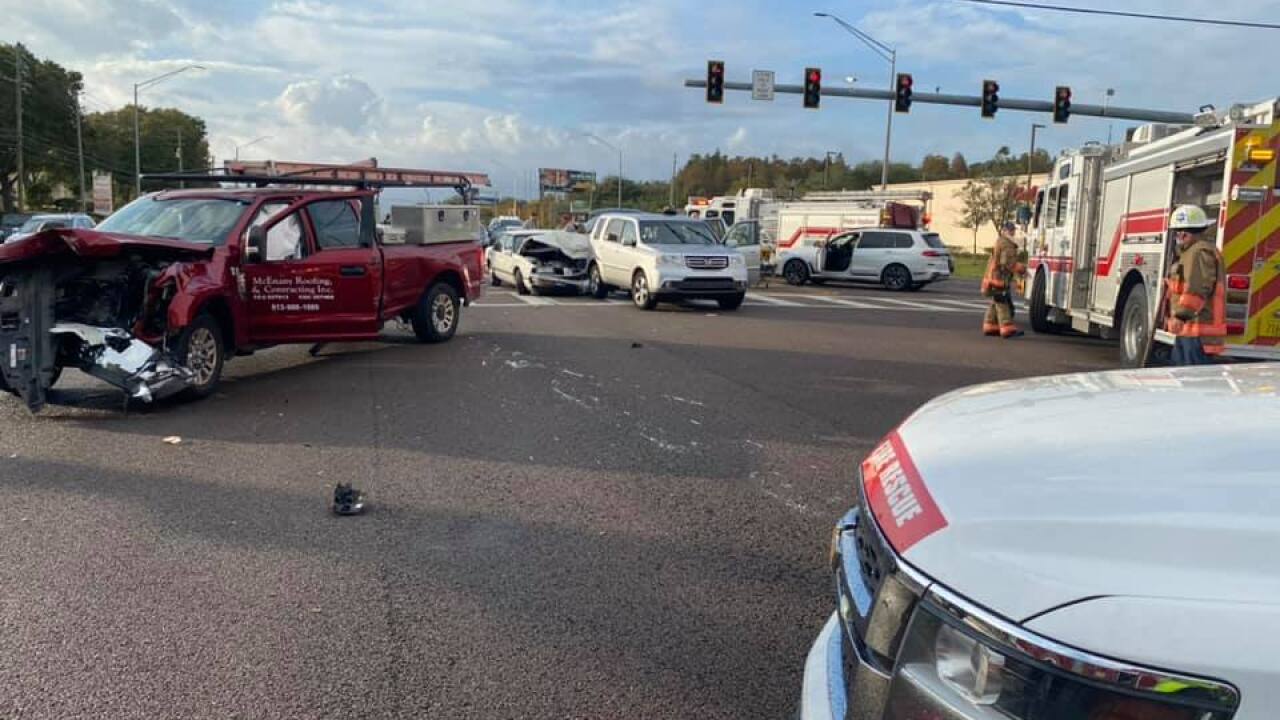 The intersection of US-19 and Nebraska Ave. in Palm Harbor was shut down following a 9-vehicle crash Monday morning.

The incident was reported by Palm Harbor Fire Rescue a little after 9 a.m.

Officials say nine vehicles were involved and there were 16 patients total.

One person was transported via ambulance to Bayfront Hospital. Palm Harbor officials said the roadway was blocked with extensive cleanup is underway. However, the road has since reopened.