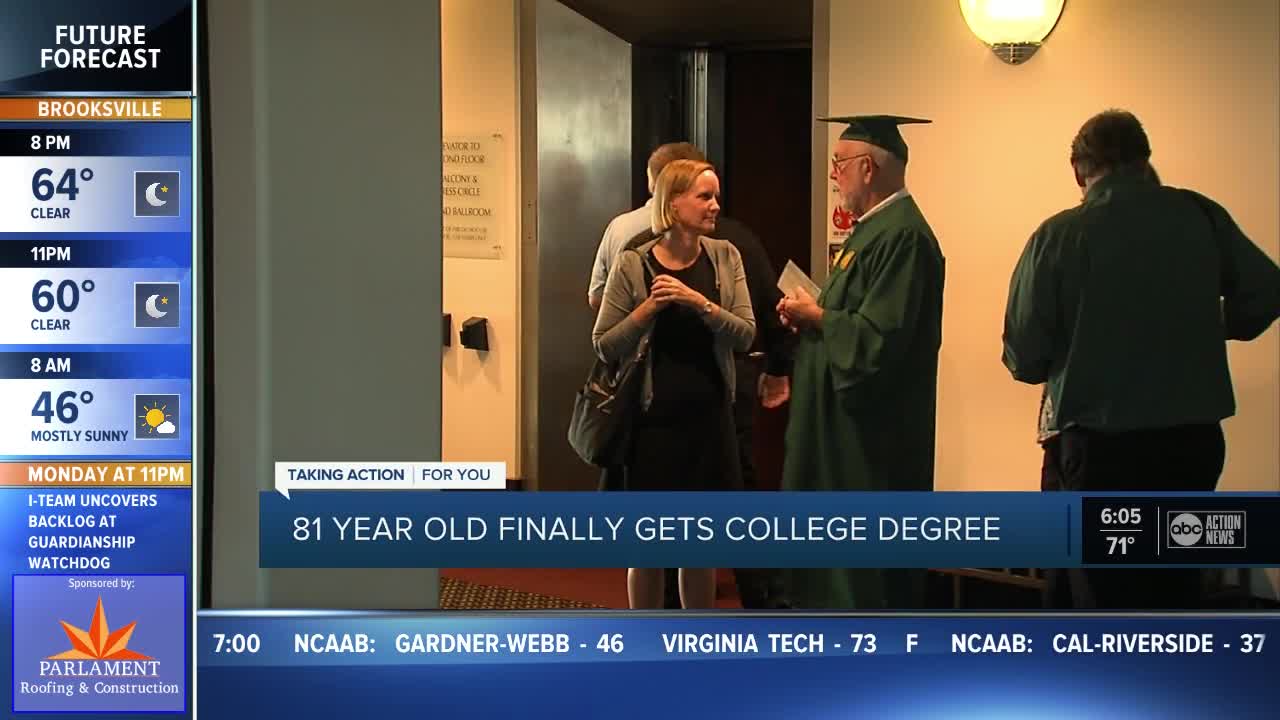 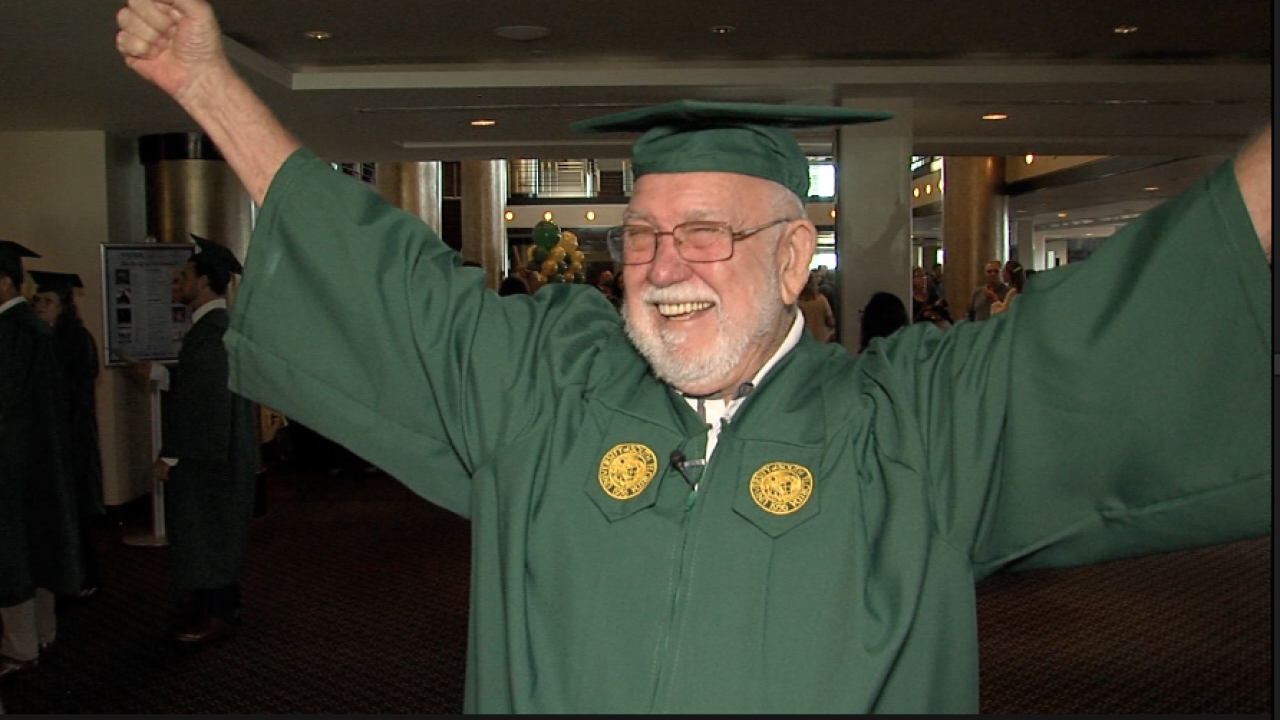 ST. PETERSBURG, Fla. — Way Bandy has accomplished a lot in his life, but a promise made decades ago has always been in the back of his mind.

Sunday, the 81-year-old fulfilled it and a lifelong dream when he received his bachelor's degree from USF St. Petersburg in general studies.

"Well it's the end of a very, very long path," Bandy said.

He said it started out of high school.

"Went to college for a while, decided nope I needed to get married not to go to school," he said. "And my parents — what’s really behind all this — my parents weren’t for that, they wanted me to finish college."

So Bandy says that's when he promised them he would graduate, knowing his mother taught him his word is one of the most valuable things he had.

"My mother she had these beautiful blue eyes and early on she taught me some things but one them was one of the most valuable things you have is your word of honor. To this day. So I said yes mama I’ll go back I’ll graduate. But these blue eyes bore a hole in me and said on your word of honor, knowing I couldn’t take that back," he said.

He got married, had three children and had a career working in aerospace and for Florida Power. But, he knew he still needed to graduate.

He collected transcripts from everywhere he took classes over the years. As it turns out, he only needed one more class at USF St. Petersburg to graduate.

Things seemed to align for Bandy.

He said he enrolled in a wetlands environment geology course, filling the last spot on the last day to register. But after the first class, he thought he might have been in over his head. Bandy admitted he went to his advisor and tried to drop the class, but after learning it was too late, he persevered.

"The in class part that was comfortable that was the same, listen, pay attention, take notes, no jabber jaws, pay attention ‘cuz you’re paying a lot of money for this. So that was no problem," he said. "But some of the words in biology were totally new to me. I had no idea so I spent, nobody in the class knew this, I spent a lot of time looking up definitions."

It culminated with him passing the final.

"I got out there in the hallway I said 'I did it!' Screaming the top of my lungs," Bandy said.

So Sunday, Bandy put on a cap and gown and sat among the hundreds of other students graduating from USF St. Petersburg, in front of his son.

RECOMMENDED: A teen is set to graduate from high school and Harvard within 11 days

Kyle Bandy said he always knew his father would earn his degree.

"My grandmother was exactly as he described. She held us to our word. She was a lady of honor and she knew if we said we’d promise that we would do it that we better stick to it. And those steely blue eyes are factual they’ll bore right through you," he said.

During commencement, Bandy was recognized as one of two 81-year old's graduating from USF this December. The school said Dionel Cotanda, 81, received his doctorate in communication Saturday from USF Tampa.

"No matter how long it takes if it’s a promise, if it’s a desire, find a way do it. If I can do it, anybody can. I'm living proof it can be done," Bandy said.

So what's next for Bandy? He joked that he doesn't plan on going back to college.