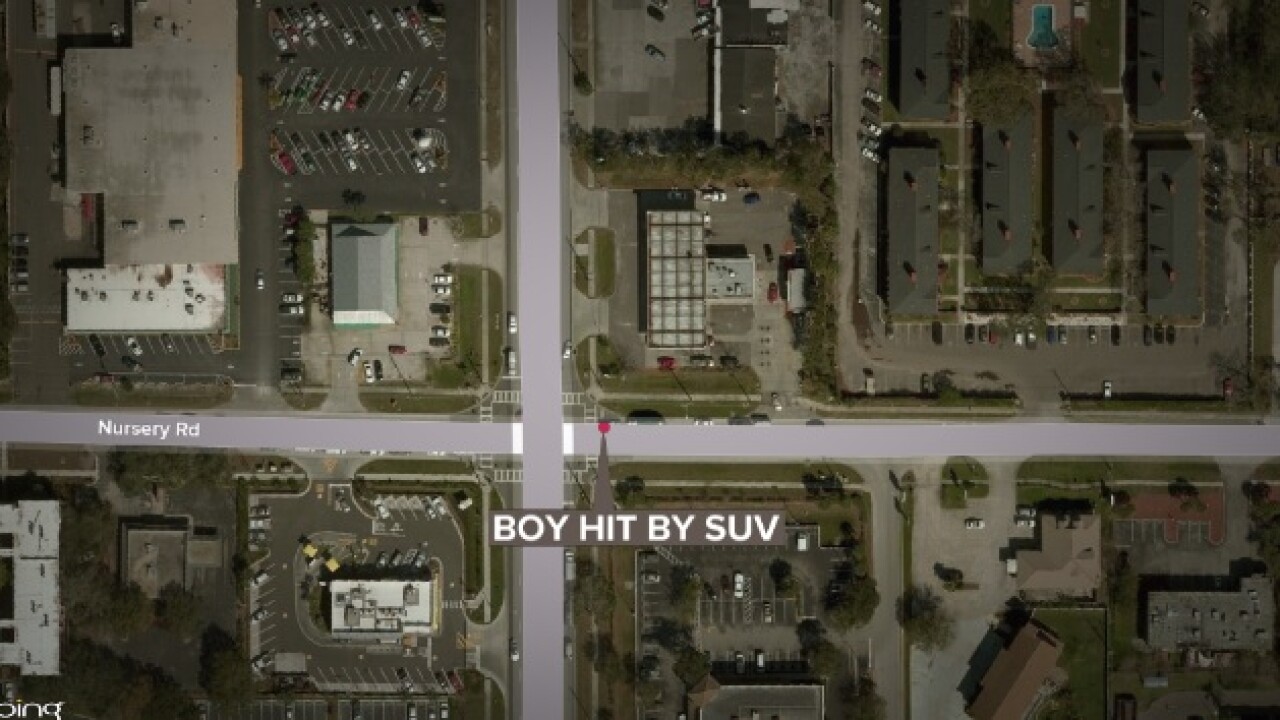 CLEARWATER, Fla. -- A 7-year-old boy is fighting for his life at the hospital after he was hit by an SUV in Clearwater Tuesday night.

Emergency crews responded to a call at an apartment complex in the 2200 block of Nursery Road a little after 7:30 p.m. Upon arrival, officers on scene were told the boy was riding a bike in the parking lot of the apartment complex when he rode into the path of a Nissan Armada, which ultimately hit him.

The driver remained on scene and is cooperating with the investigation, according to officials in Clearwater.

The boy was taken to Bayfront Health in Saint Petersburg and is in critical condition, according to officials.