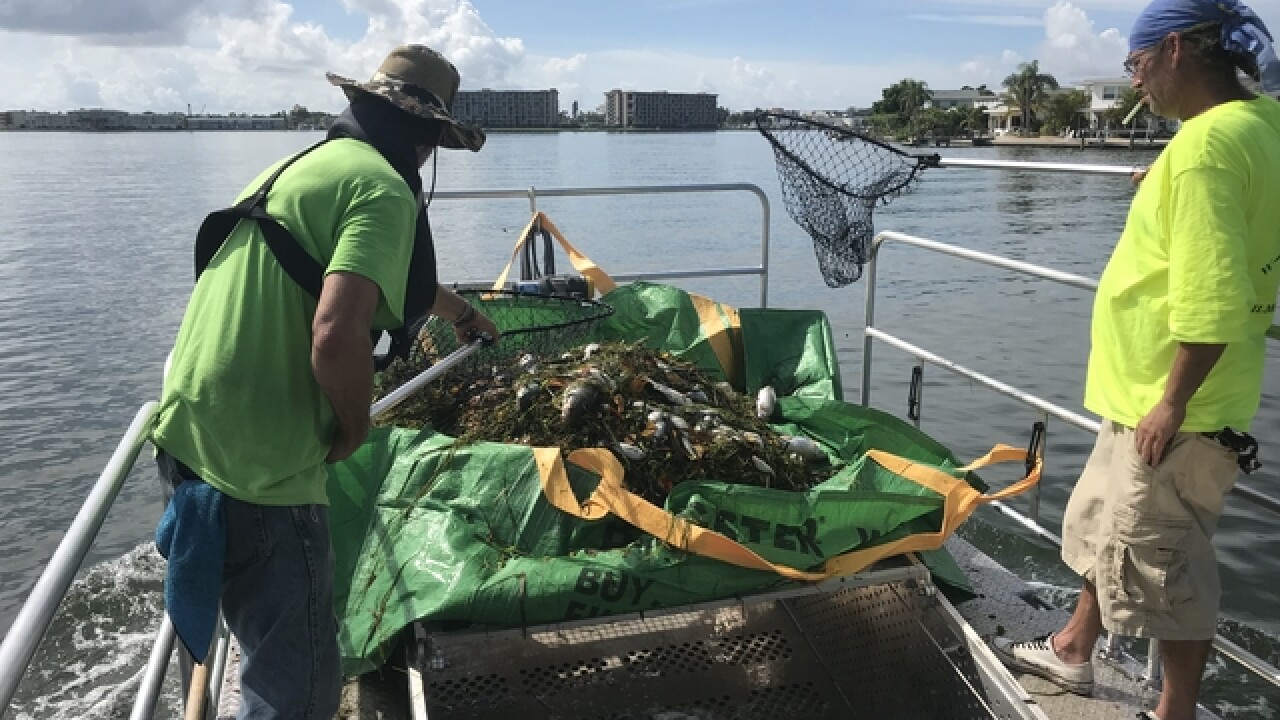 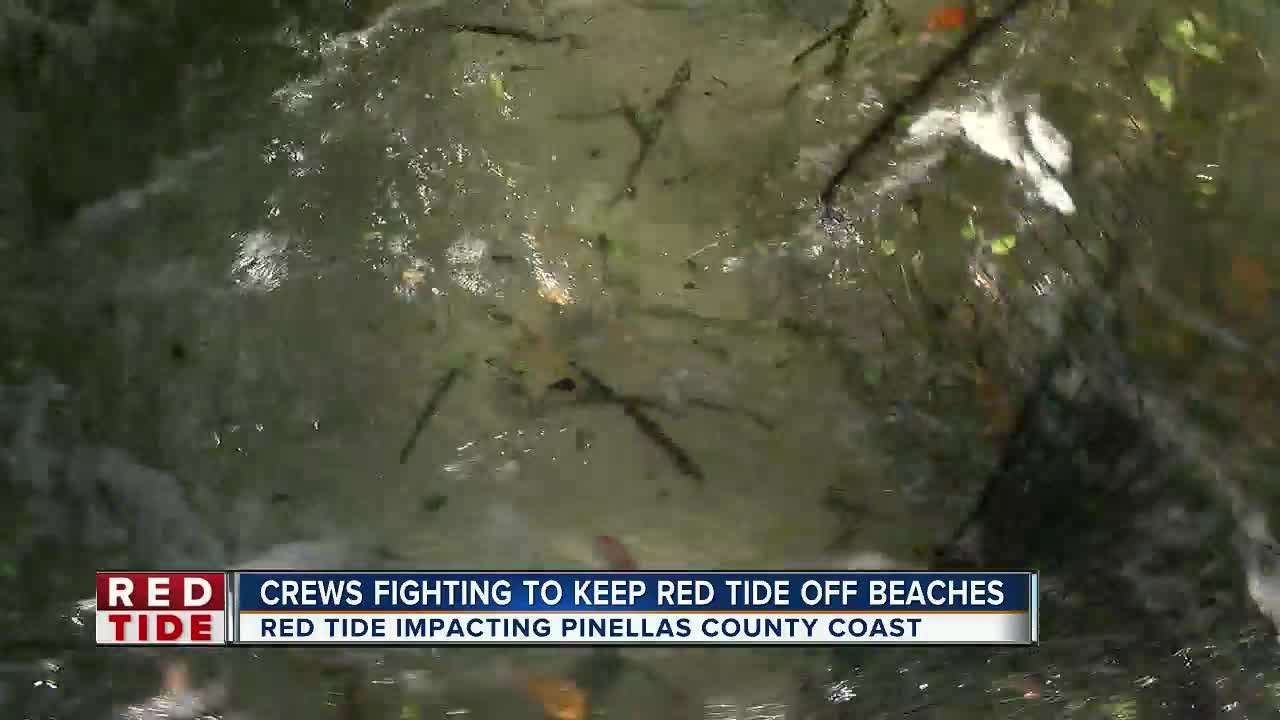 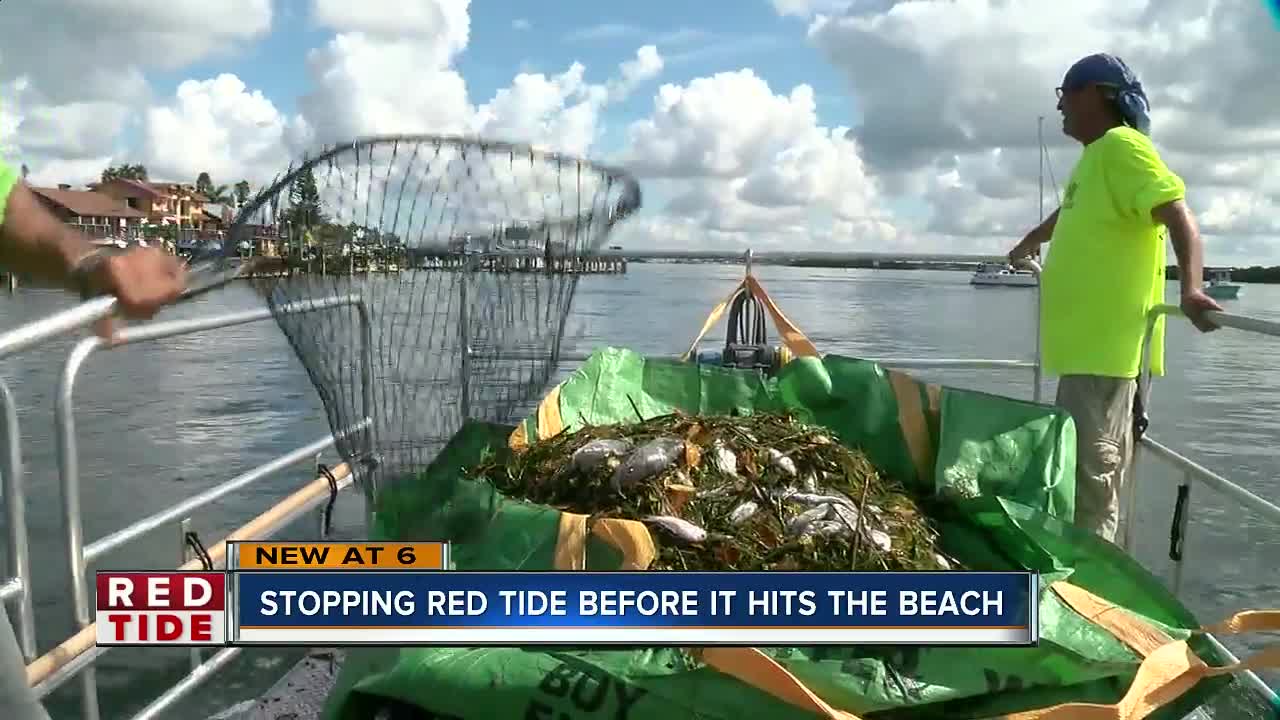 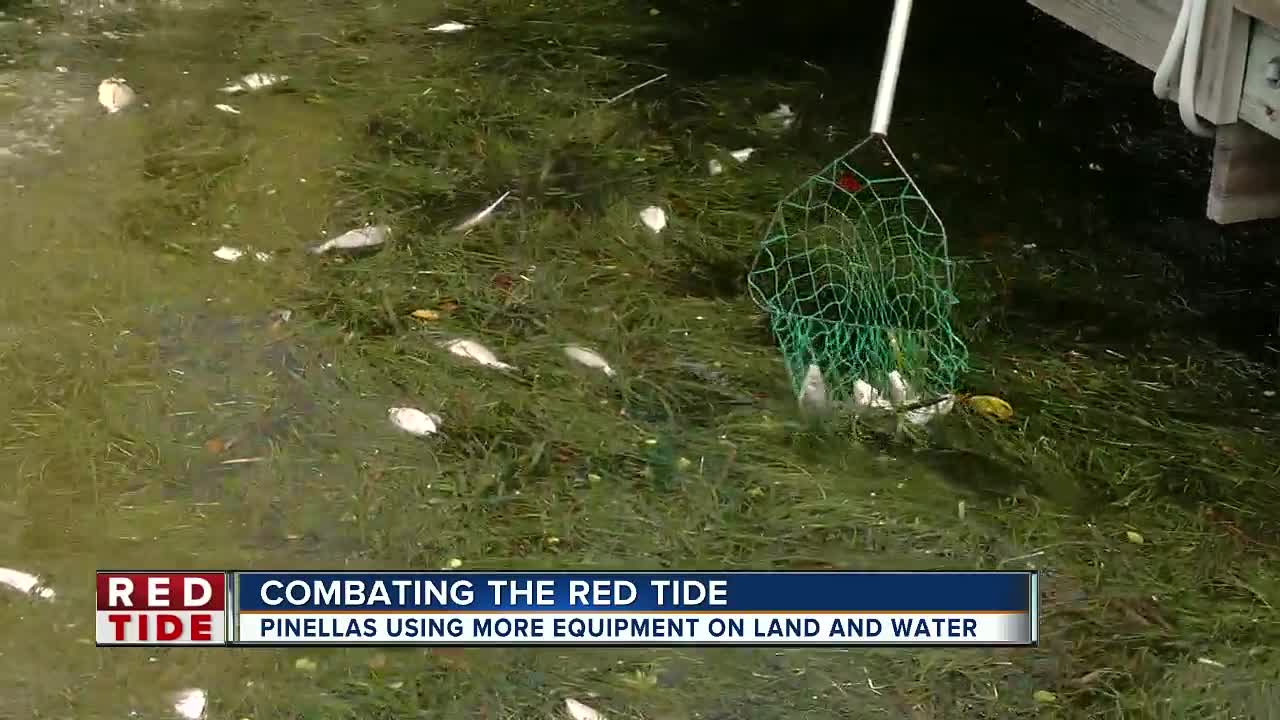 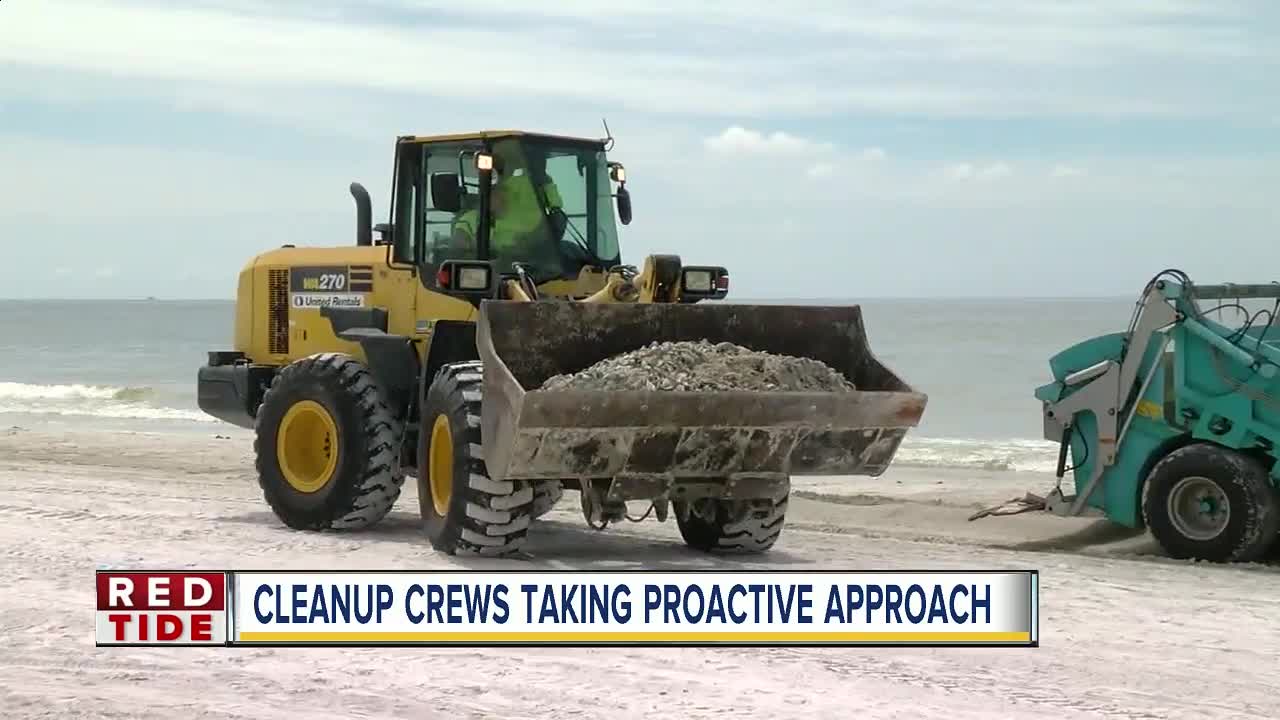 MADEIRA BEACH, Fla. — Red tide is officially impacting Pinellas County. Crews have picked up a total of 33.48 tons of dead fish and hauled them off to the county dump.

On Monday, less than a dozen people lounged on chairs on the beach directly across from John’s Pass as county crews and contractors hired by Pinellas County worked to clear the sand on land and in the water.

Alex King with Lil Mo's Marine Cleanup says his crew of more than 30 people is working to be proactive. The team, which is based out of Southwest Florida, is using several vessels to net the fish before they wash onto shore. The boats have a built-in skimming device that helps rake in fish floating on the surface of the ocean.

“We're trying to stop them before they wash onto the beach or into people's docks. Pinellas County's approach is different from any red tide cleanup in history because it is much more proactive," King explained.

That's uplifting for Pinellas County businesses near the beach, including those in John's Pass.

Chaz Kaplan of Eagle Parasail is used to having between 20-30 customers on a Monday in September, which is traditionally one of the slowest months of the year.

John Gibson, who charters the Lady Godiva boat for Madeira Beach Water Sports says he'll be lucky if he gets a handful of charter trips this week. However, he's spreading the word that they can navigate clients in waters away from the red tide. “You can still come out and have a good time. It’s not solid and it’s not everywhere,” he explained.

FWC.'s latest report shows the toxic red tide bloom is stretching 120 miles from Collier County north to Pinellas County. It's being described as the longest-running red tide outbreak since 2006.

A state of emergency is helping Pinellas County afford cleanup operations. Governor Rick Scott announced he would free up $1.5 million in emergency funding and make state scientists available to help with cleanup efforts and animal rescues.

In helicopter video taken from Action Air One Monday, a line of reddish-brown water could be seen in the gulf waters just offshore from Pinellas County.