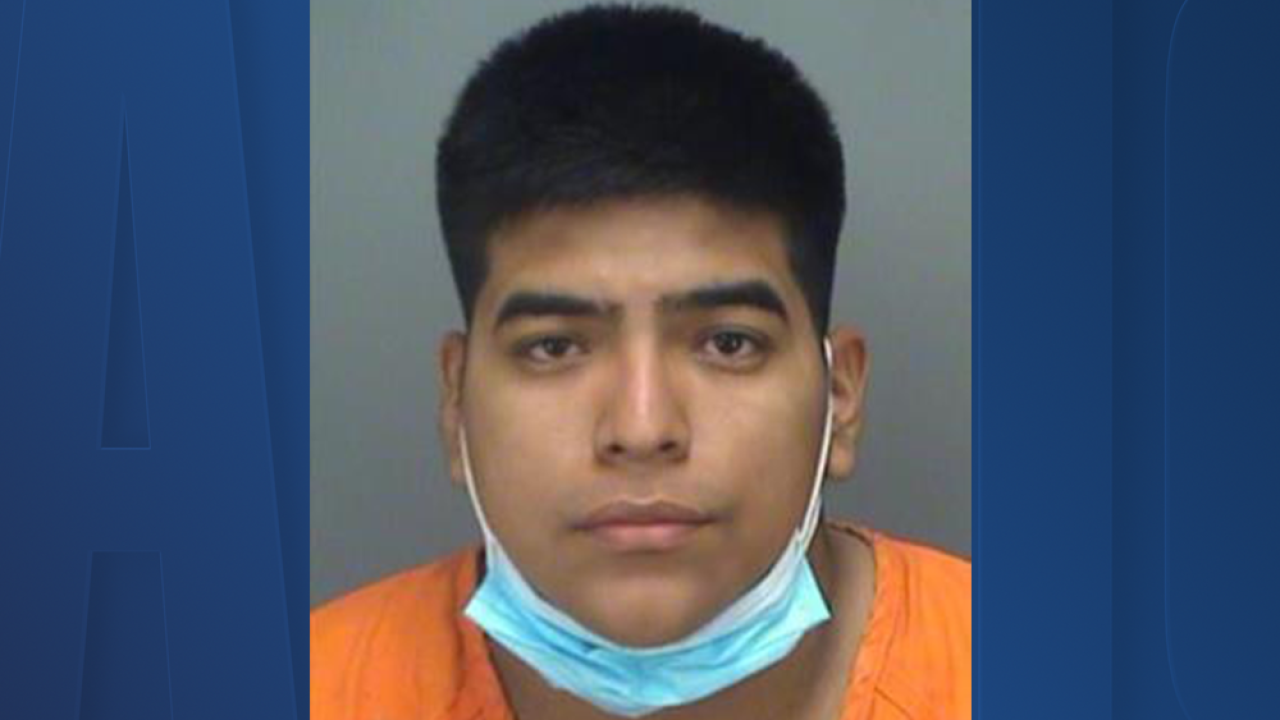 CLEARWATER, Fla. -- A 20-year-old man is accused of hitting a pedestrian while driving impaired in Clearwater over the weekend.

According to the Clearwater Police Department, Ezequiel Mezquite was driving a 2015 Toyota Camry along Gulf-to-Bay Boulevard when he hit a pedestrian who was crossing outside of a crosswalk near Arcturas Avenue.

Police said Mezquite showed "signs of impairment" and was charged with DUI and possession of marijuana.

The pedestrian was taken to the hospital with serious injuries, according to police.