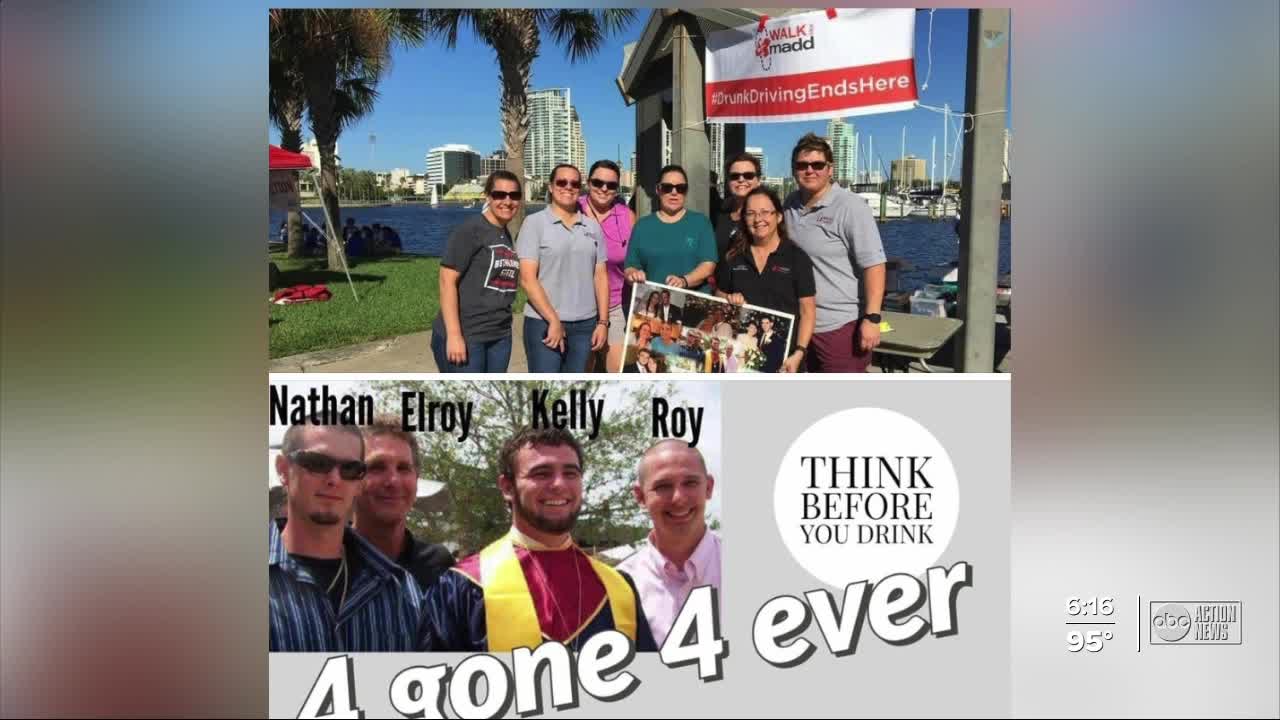 August first marks 10 years since Elroy McConnell and his three sons were killed by a drunk driver in St. Petersburg. 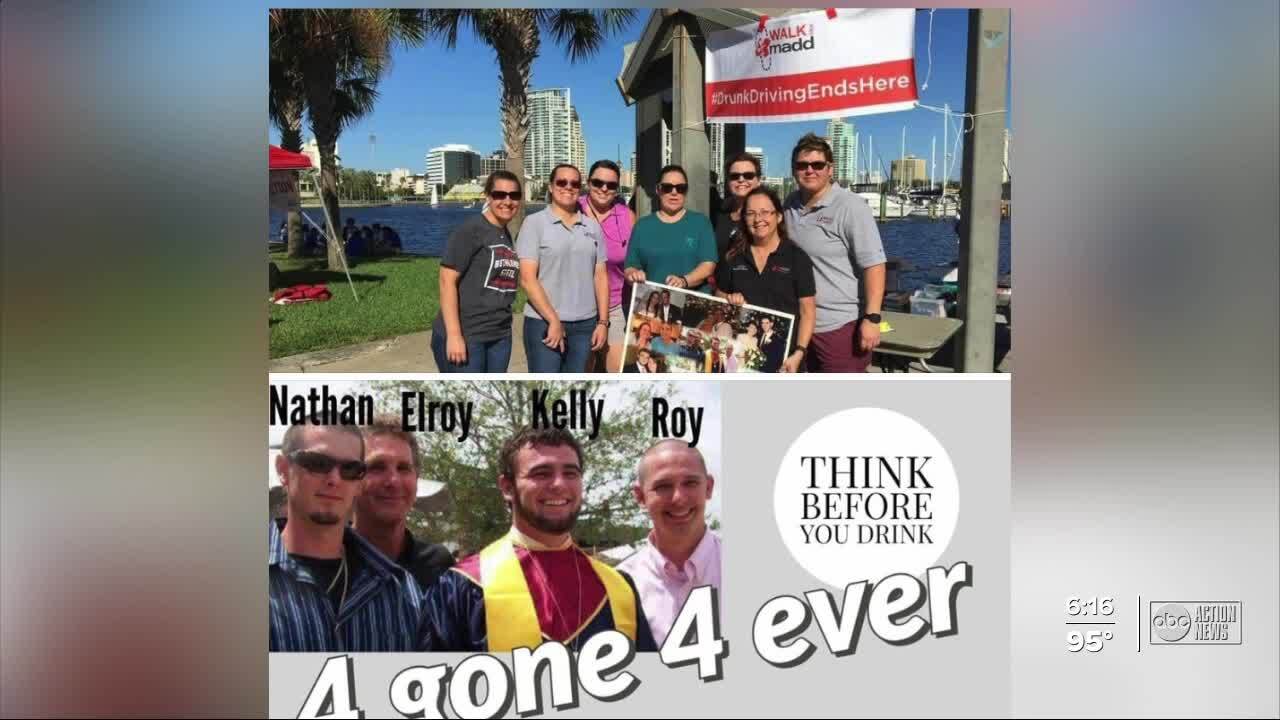 ST. PETERSBURG, Fla. -- August first marks 10 years since Elroy McConnell and his three sons were killed by a drunk driver in St. Petersburg.

McConnell and his sons, Elroy III, Nathan and Kelly were in town for a family reunion the dad organized to celebrate Kelly’s high school graduation. They were leaving the movie theater after midnight when 20-year-old Demetrius Jordan sped through the red light at Dr. Martin Luther King Jr. Street and 22nd Avenue North and crashed into them.

“Even though it’s been 10 years, we feel this every single day,” Ginger Brengle said. “Think about 10 years of missed birthdays and missed Christmases together.”

The family has been on a crusade to educate teens about the dangers of driving under the influence.

It feels like an uphill battle for the family, but Brengle said they will not stop spreading their message.

“Think before you drink," she said.

Unfortunately, they weren’t able to spread that message with their yearly candlelight vigil, due to COVID-19. The family put their vigil online and turned it virtual.

“The support has been overwhelming,” said Brengle.

The Pinellas County Sheriff’s office, Gulfport Police, Clearwater Police Department and several other local agencies are supporting by sharing pictures of the McConnell men and a message on social media.