Gasparilla 2023: Everything you need to know about the annual Pirate Fest
NewsPinellas County

A 'famous' Jack Russell Terrier has been reported missing after he was reportedly stolen from a local competition at the Skyway Bridge on Sunday.

A 'famous' Jack Russell Terrier has been reported missing after he was reportedly stolen from a local competition at the Skyway Bridge on Sunday.

The St. Petersburg Police Department said they received a report of the missing dog under the Skyway Bridge near the North Beach exit sign.

'Zeus' is a very talented dog and there are even videos of him riding a kiteboard. He has also appeared in commercials and ads.

The department said 'Zeus' was in the back of an open pickup truck with a closed gate to secure him. They have reports that an older man in his 60s or 70s was seen petting the dog before allegedly taking off with the dog in a grey Toyota Camry.

The owner, Dimitri Maramenides, Cameron's father, tells ABC Action News they are offering a $3,500 reward for the return of 'Zeus,' no questions asked. 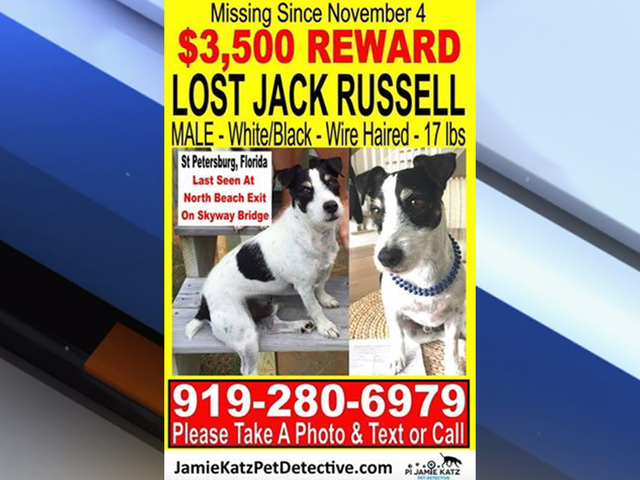 They are begging for anyone with information to contact them or the St. Petersburg Police Department.