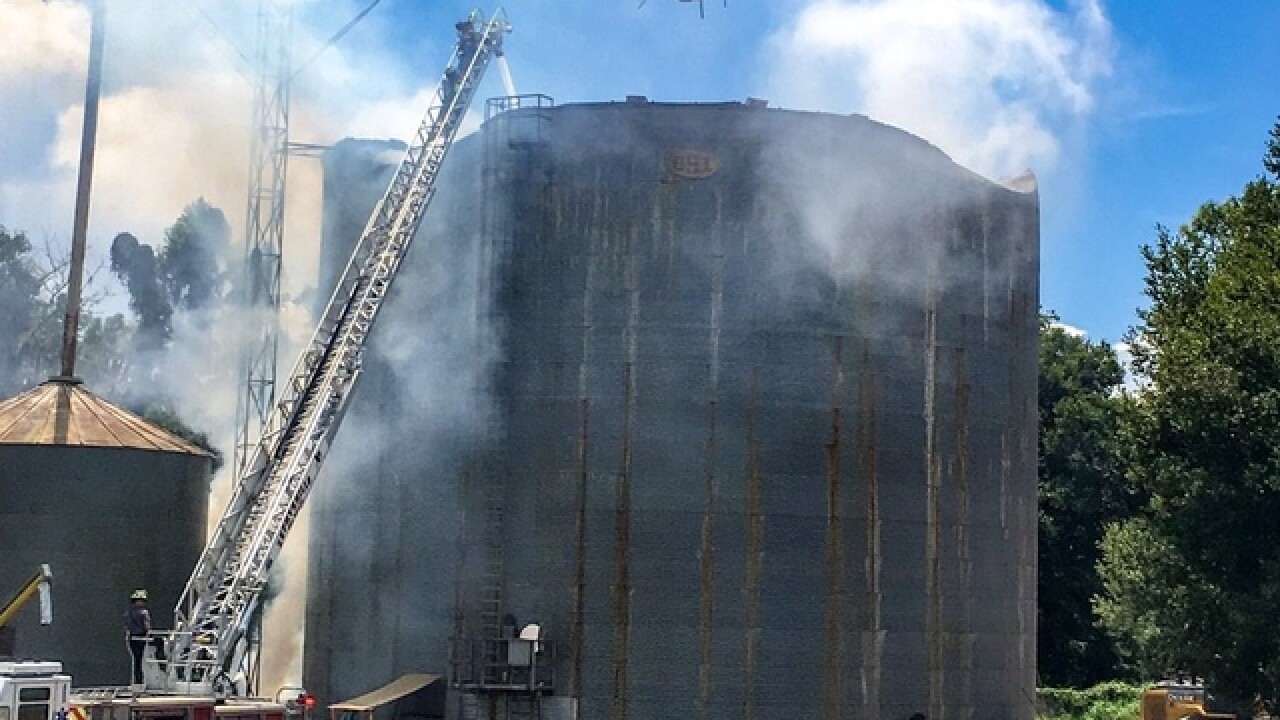 Crews from both Pasco County Fire Rescue and the City of Zephyrhills attacked the fire. It took over five hours for the fire to be contained.

Officials say the center of the silo collapsed and was smoldering from the one million pounds of corn that was inside.

Two firefighters were taken to the hospital with heat exhaustion. They are expected to fully recover.