Pasco Sheriff's Office is investigating after a man was reportedly shot and killed while working at a construction site.

WESLEY CHAPEL, Fla. — Pasco Sheriff's Office is investigating after a man was shot and killed execution-style while working at a construction site.

The call came in at about 12:49 p.m. Wednesday to a construction site located at 28512 Marsciano Lane.

According to Nocco, two men walked onto the construction site, tapped Alvarez on the leg while he was on a break and shot him. Alvarez had jewelry on him, which was not taken. Officials said there's no indication this was a robbery.

They said it appears to be an isolated incident.

Sheriff Nocco said it appears the suspect knew the victim. The suspects were described as two light skin black males, about 5'3", both with short dread-like hair.

After the shooting, the suspects drove off in a black four-door sedan believed to be a 2017-2018 Ford Fusion Hybrid. 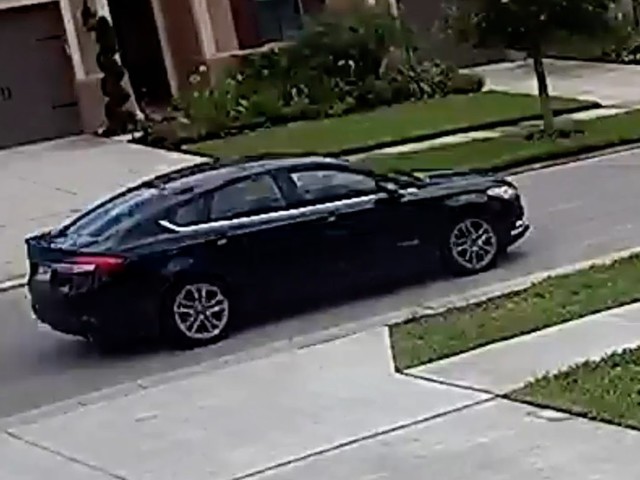 The victim's family says he was working inside a home in a new subdivision called the Estancia off Marsciano Lane.

Alvarez owns his own tiling business with a Tampa address called Imagination Tiles.

Alvarez's nephew said he has a son who lives in Miami.

"My uncle is a very peaceful person, a special person, very caring to anyone who knows him," said Gerardo Jimenez. "We have a lot of friends supporting us right now."

Jimenez said his uncle has been laying tile for 15 years.

Even though the sheriff's office released an image of a car of interest, Jimenez does not feel encouraged by it.

"We are not going to rest until they capture the people who did this," Jimenez said in Spanish.

His sister, Jacqueline Gonzalez, said there is a pain in her heart. She wants to know why someone killed her uncle.

"My uncle did not deserve this. My uncle didn't have problems with anyone," Gonzalez said in Spanish.

The Sheriff says the suspects who entered the construction site went past another worker and straight to Alvarez. It appears they knew each other in some way.

As of now, detectives are trying to see if any of the occupied homes have surveillance video.

Crime Stoppers of Tampa Bay is offering a reward of up to $3,000 for information that leads to the identification and arrest of the unknown suspects involved.  Anyone with any information regarding the identity of the suspects and who wants to be eligible for a cash reward is asked to call Crime Stoppers at 1-800-873-TIPS (8477), report anonymously online, or send a mobile tip using the P3 Tips Mobile application. Crime Stoppers must be contacted first in order to be eligible for a cash reward.