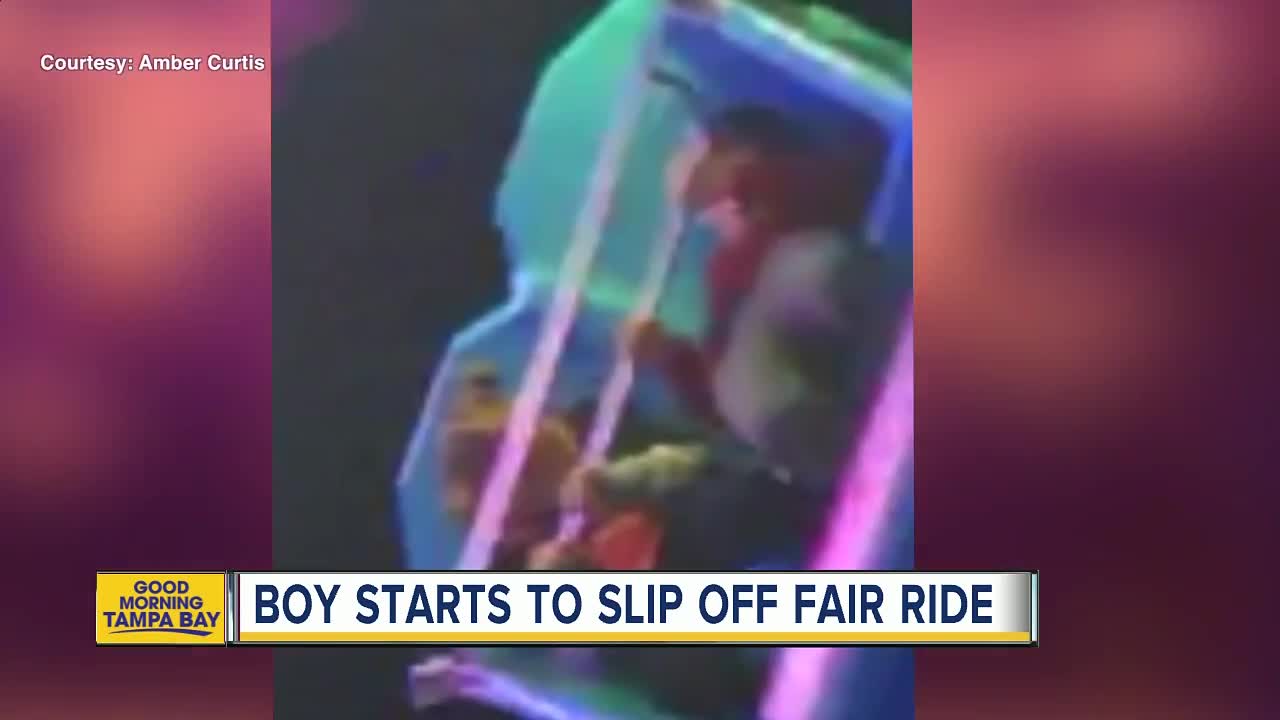 A mother believes her son nearly flew off an unsafe carnival ride in Pasco County. 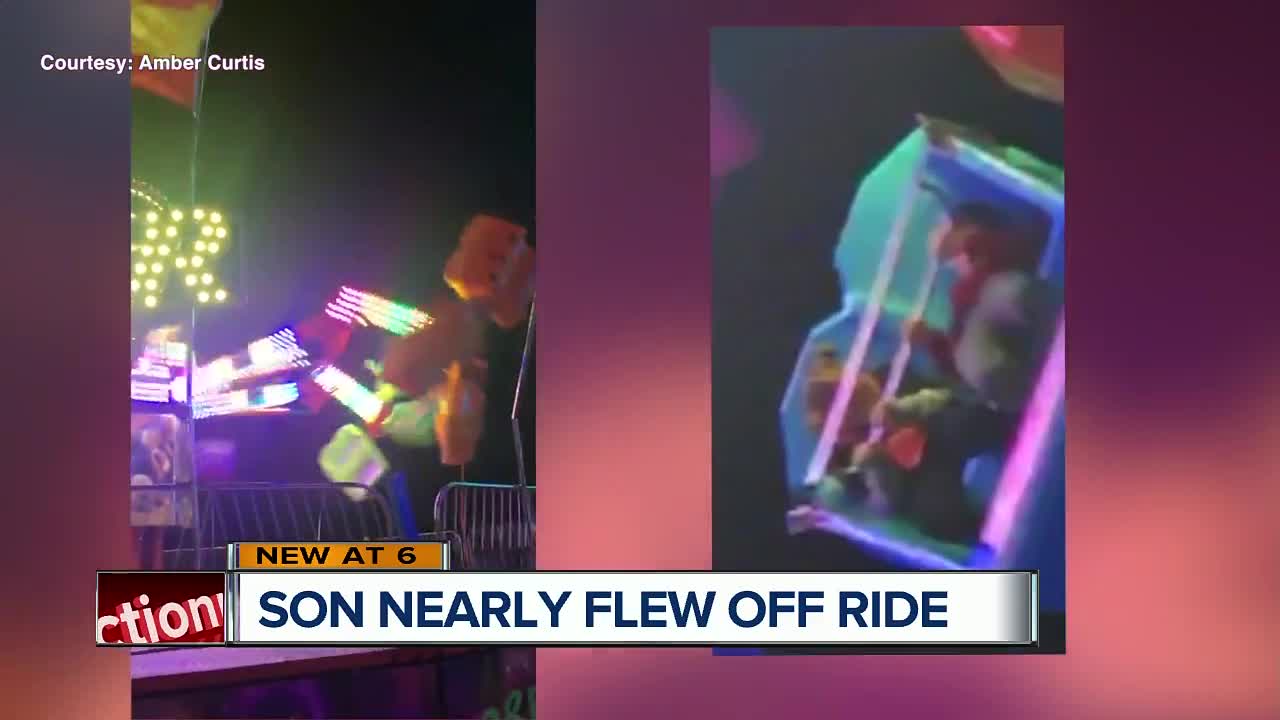 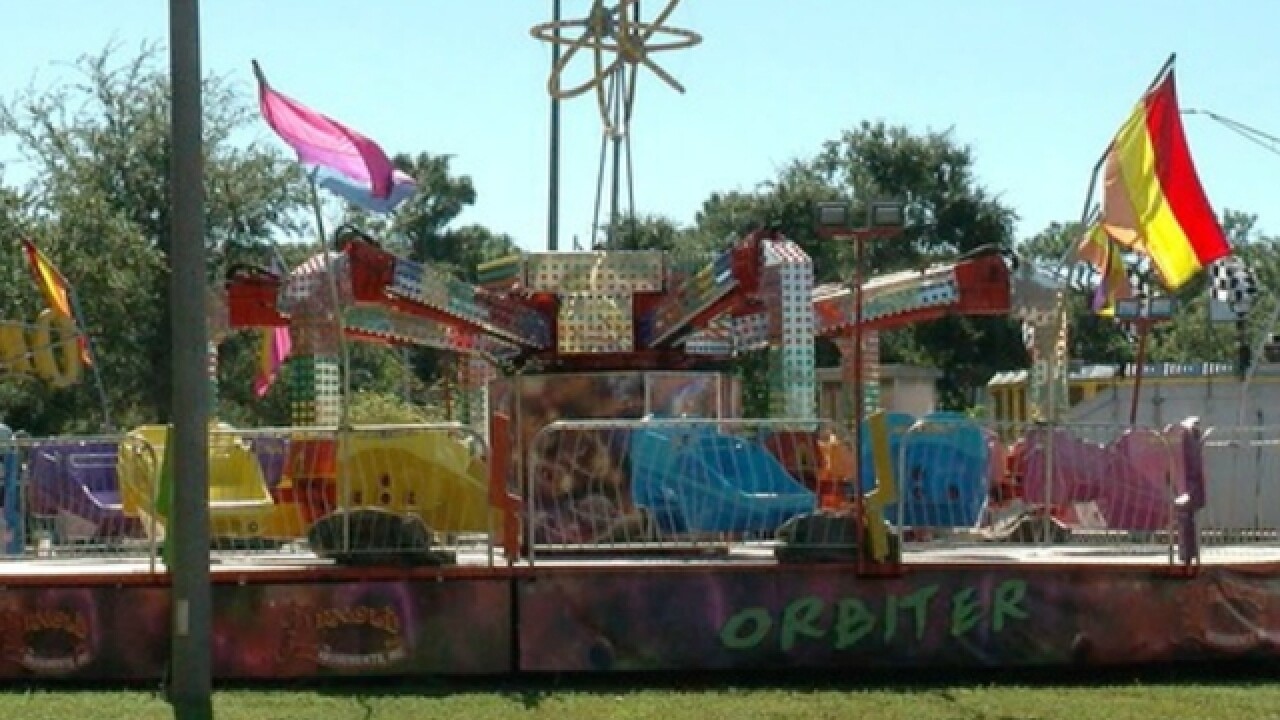 WESLEY CHAPEL, Fla — It was a moment so terrifying Amber Curtis swears she will never be back to a carnival again.

“I thought I was going to throw up,” said Curtis. "I can’t even begin to tell you how horrifying of an experience it was.”

The Arnold Midway was set up in the Wiregrass mall parking lot last weekend. Curtis had her phone out all night as she snapped photos of the fun her family had. She took her phone out to take video of her son on the Orbiter when she noticed something was not right.

"It took me a couple of seconds to focus in to actually be able to see where he was and noticed that he was slipping,” she said.

She says he grasped onto the lap bar and closed his eyes. In a close up of the video, you can see his legs dangling and his back against the bottom of the seat. The operator stopped the ride after Curtis ran over in a panic.

"I am completely convinced that had he not dropped that ride, my son would have flown out of that ride,” she said.

But the ride remained open after he got off. A sticker on the side shows it passed it’s October 24 inspection by the Department of Agriculture aside from placing cart #10 out of service because of a cracked lap bar.

"As you sit in the ride and as it goes around the force of the ride pulls you into the seat,” said Joseph Even, the office manager for Arnold Amusements, describing the design of the ride.

Curtis thinks it needs seat belts which is something the ride was not designed to have. Even says it is a good idea, but legally must be done by the manufacturers. He says they cannot alter a ride at all.

ABC Action News reported in the past on people flying off of this specific ride. We’eve attempted to get in touch with the manufacturer all day with no luck.

If you suspect an issue with a fair ride, you can report it to the Department of Agriculture at 1-800-HELP-FLA or FloridaConsumerHelp.com.