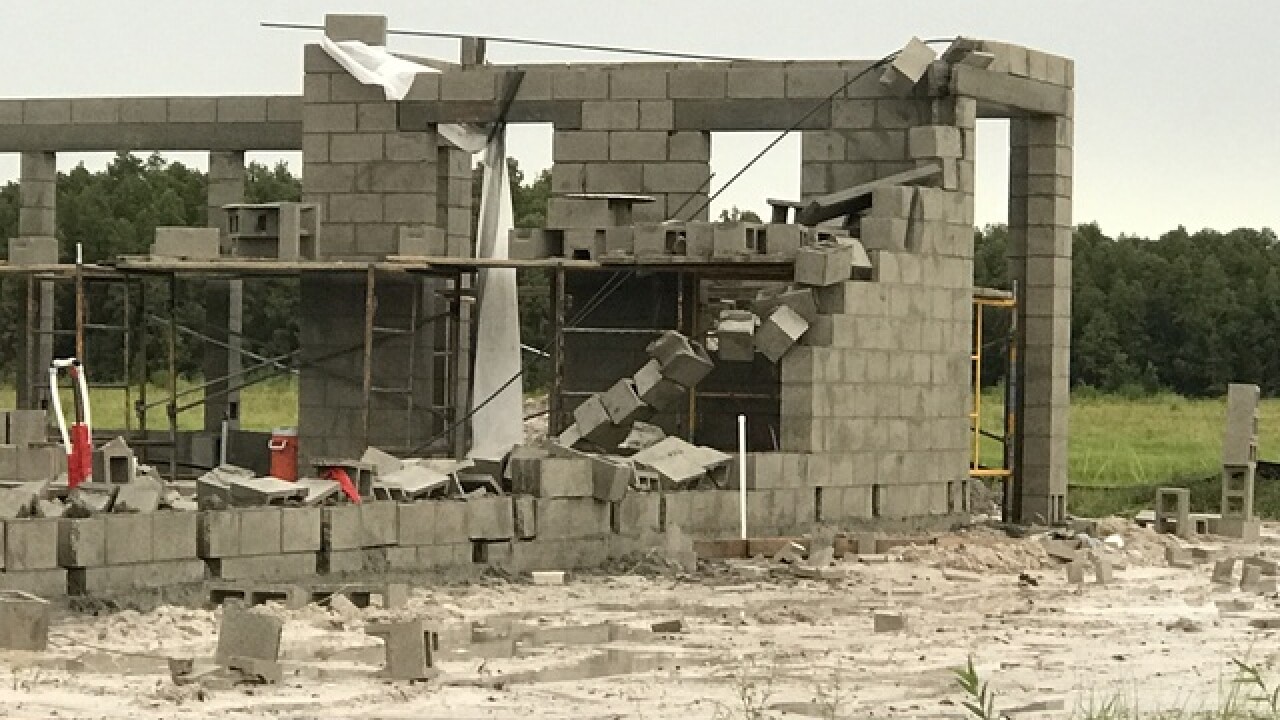 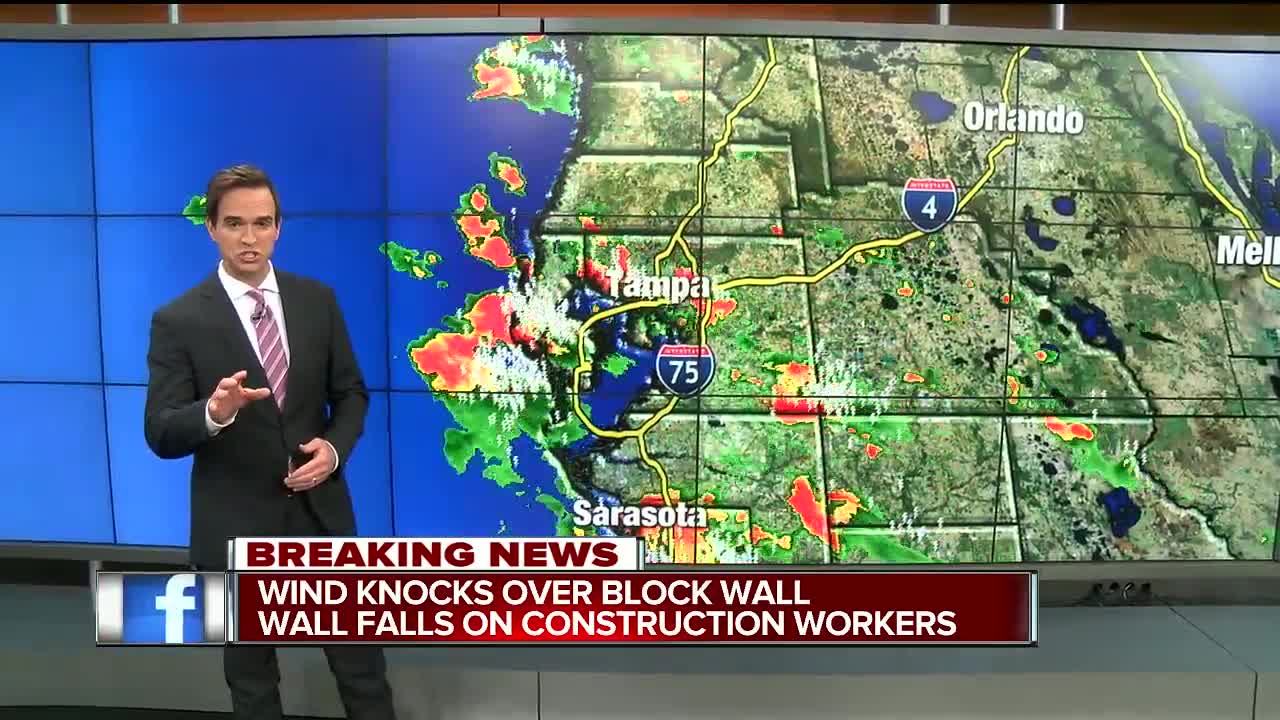 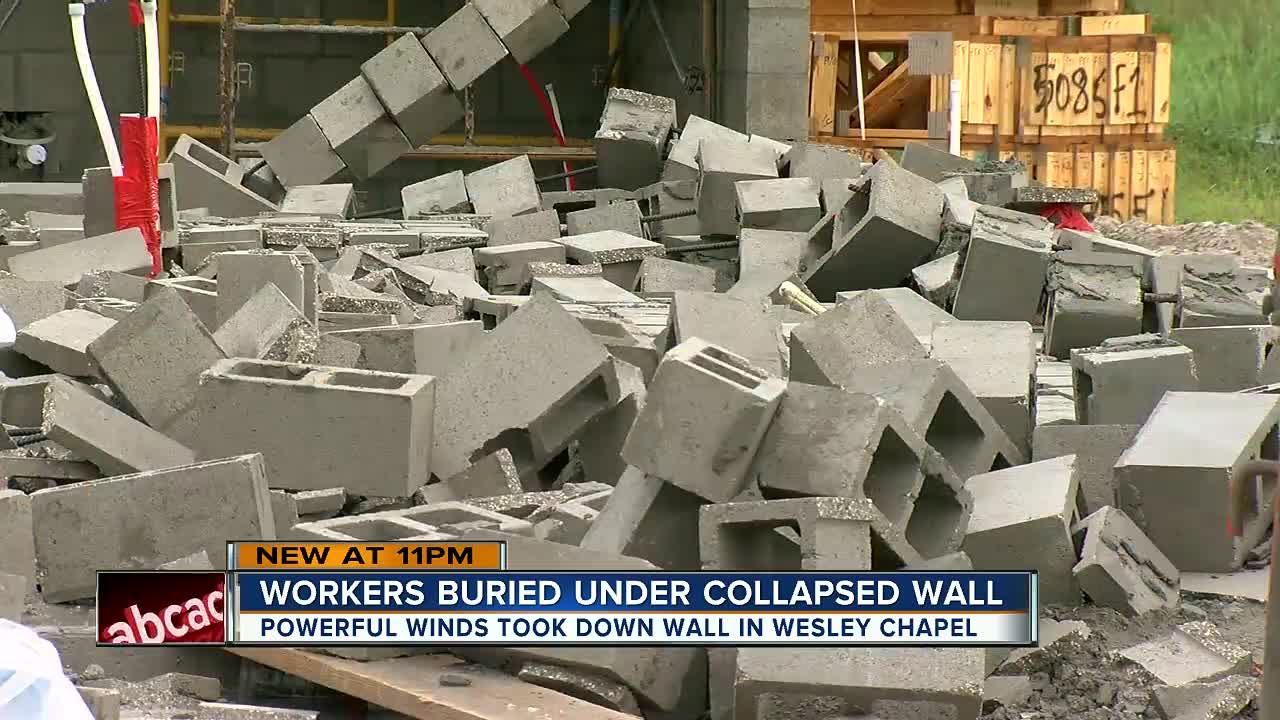 Witnesses telling ABC Action News reporter Michael Paluska the wall was nearly 15 feet high and the workers were up against it with a tarp over them taking cover from the storm.

“So most likely they were up against it waiting for the storm to pass so they could finish,” Tami Taylor said. “I think probably the biggest issue is it just went up today, so the mortar didn’t have any time to set, it’s crazy.”

Taylor lives across the street from where the accident happened on the 29000 block of Picana Lane. The home under construction is in the Estancia subdivision. She watched rescue workers brave high winds, lightning, and rain to pull the men buried under the rubble out.

“They pulled two guys out and put them on the stretcher,” Taylor said.