VIDEO: Suspect crashes into pond with 2 children, bag of meth after fleeing deputy in Port Richey 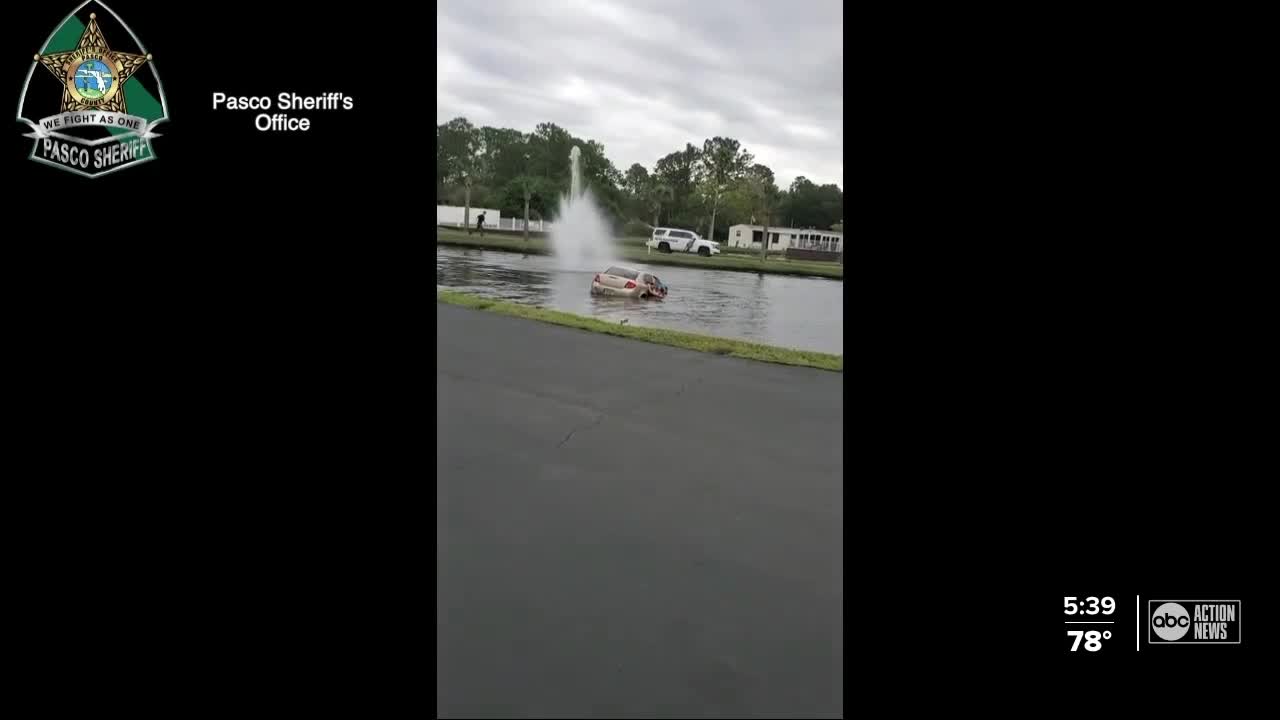 A 30-year-old man was arrested after he and two children had to be rescued from a pond he crashed into while fleeing from a deputy Tuesday afternoon. 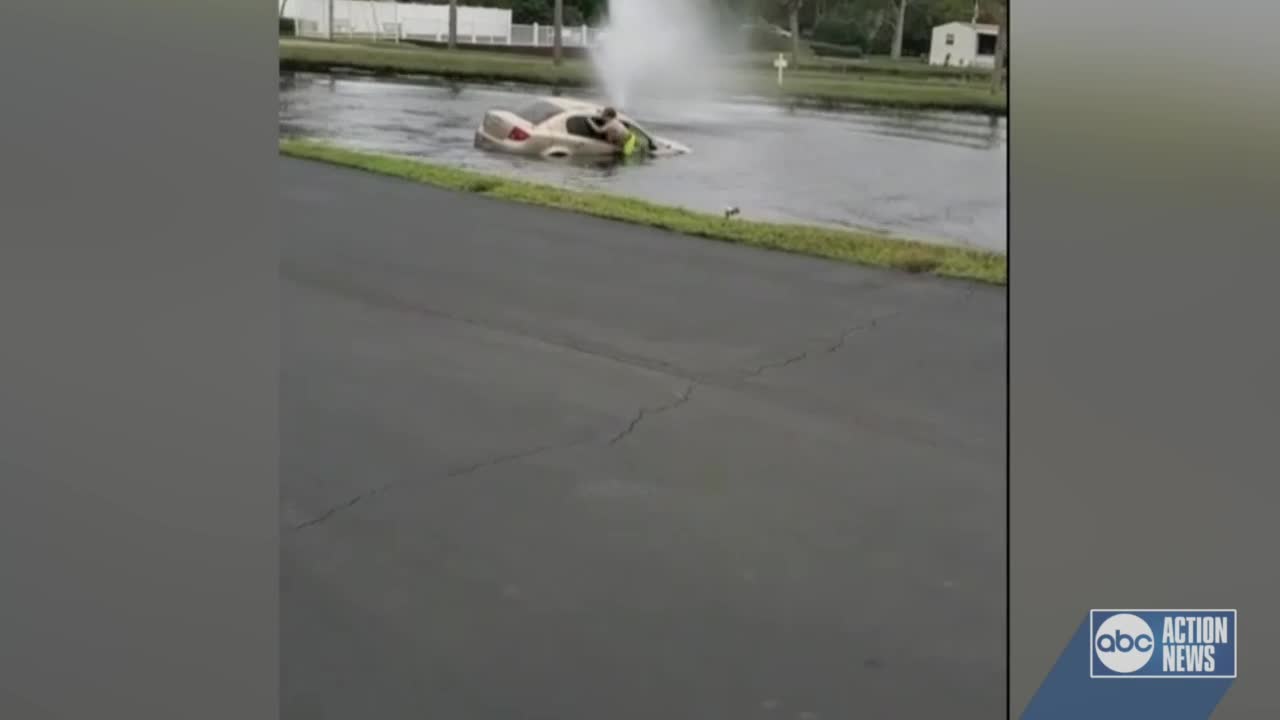 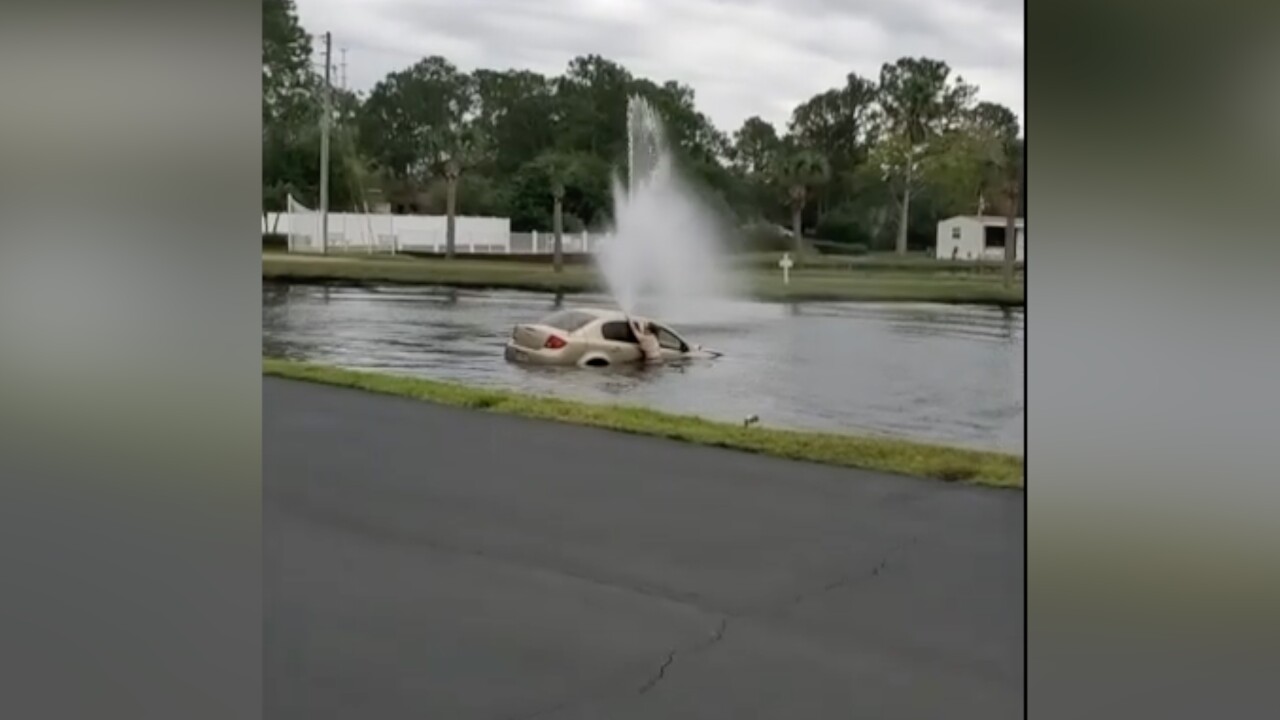 PORT RICHEY, Fla. — A 30-year-old man was arrested after he and two children had to be rescued from a pond he crashed into while fleeing from a deputy Tuesday afternoon.

The Pasco County Sheriff's Office said a deputy tried to stop Jonathan Deloach, 30 of Crystal Springs, for a window tint violation near the intersection of San Marco and US 19 in Port Richey. Instead of pulling over, Deloach fled into a mobile home park where several residents were outside and walking their dogs. As Deloach continued to drive and ignore the deputy's sirens and lights, he lost control of the car and crashed into a pond.

Immediately after crashing into the pond, a female passenger got out into the water and yelled that there were children in the car who couldn't swim.

Deputies and citizens rushed into the pond to rescue the two children, who were pulled to safety and crying saying "they can't swim and were scared."

Vehicle crashes into pond after pursuit in Pasco

While Deloach was rescued, a baggie filled with a substance was found floating in front on him. A test later determined the substance was meth, and Deloach admitted it was his.

Neither the children nor Deloach was injured, according to deputies.

Deloach told deputies the reason he fled is because of three outstanding warrants he has.

Deloach was arrested for several charges, including child abuse, possession of methamphetamines, driving with a suspended license - habitual offender, fleeing to elude and reckless driving.