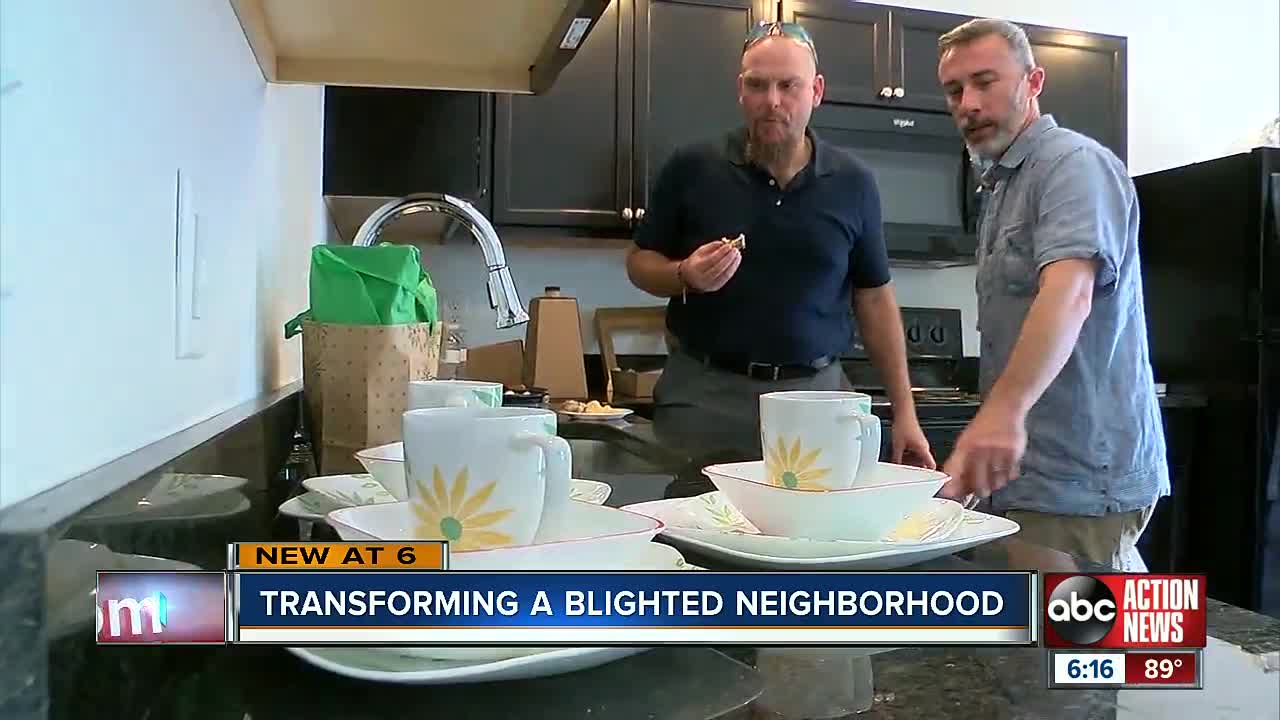 The person getting the keys to this brand new interest free home on Leisure Lane is Army veteran Forest Spall. 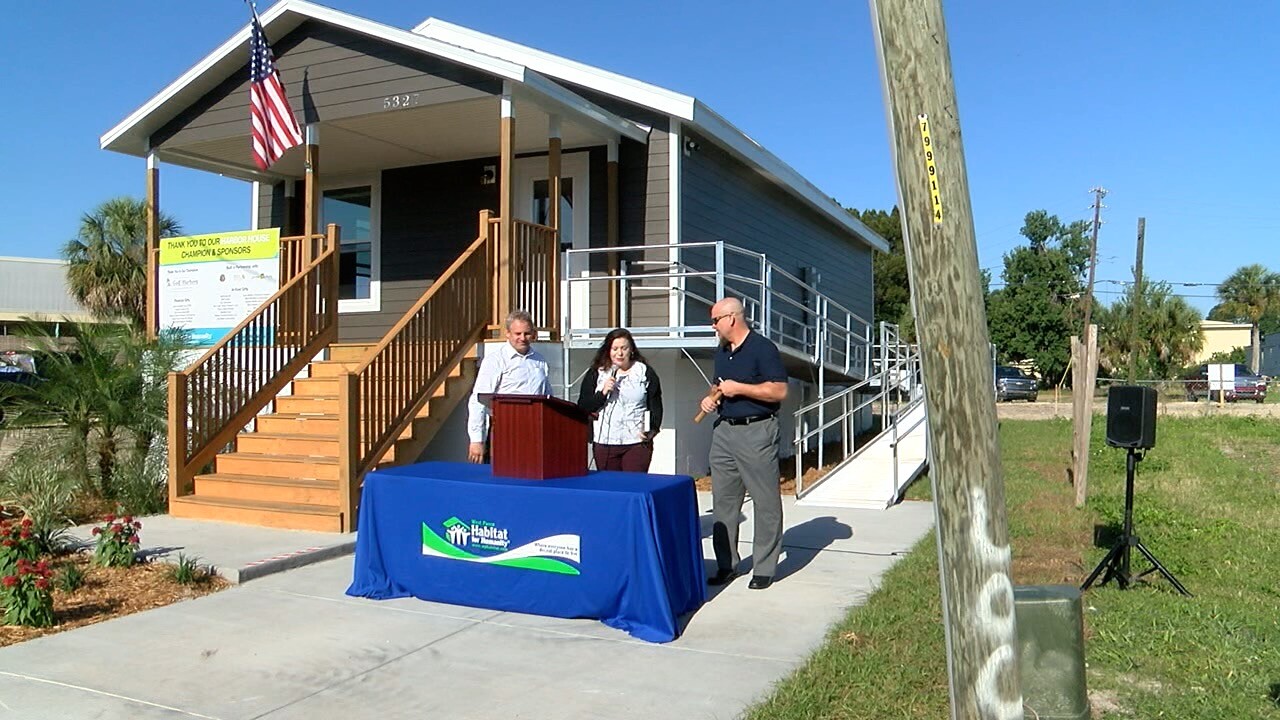 At every Habitat for Humanity home dedication, a prayer is said with everyone putting a hand on the house.

The person getting the keys to this brand new interest free home on Leisure Lane is Army veteran Forest Spall.

“It’s not only big for my life, but big for my community," Spall said.

Pasco County officials started cleaning up this New Port Richey neighborhood more than a year ago. It was known for drugs and prostitution.

“It’s hard to even imagine how bad this neighborhood was," said Police Chief Kim Bogart.

Some of the condemned trailers have yet to be demolished.

“These mobile homes that were in here, they weren’t fit for any kind of habitation whatsoever," said Bogart.

Forest’s home is just the first of several planned for this area. Habitat for Humanity bought 50 lots.

Police say law enforcement has targeted this area even more in recent months. And since all the work started, crime numbers are way down.

This means even more for Forest, because he used to live nearby and saw how bad it was.

“It’s very exciting that I move into a neighborhood and I think there is no way that there is any hope here. And then it’s come full circle that now there’s hope in this neighborhood. And not only is there hope, but I’m going to be leading this hope," said Spall.

Forest plans to move in this week, and he hopes to have even more new neighbors join him the months to come.