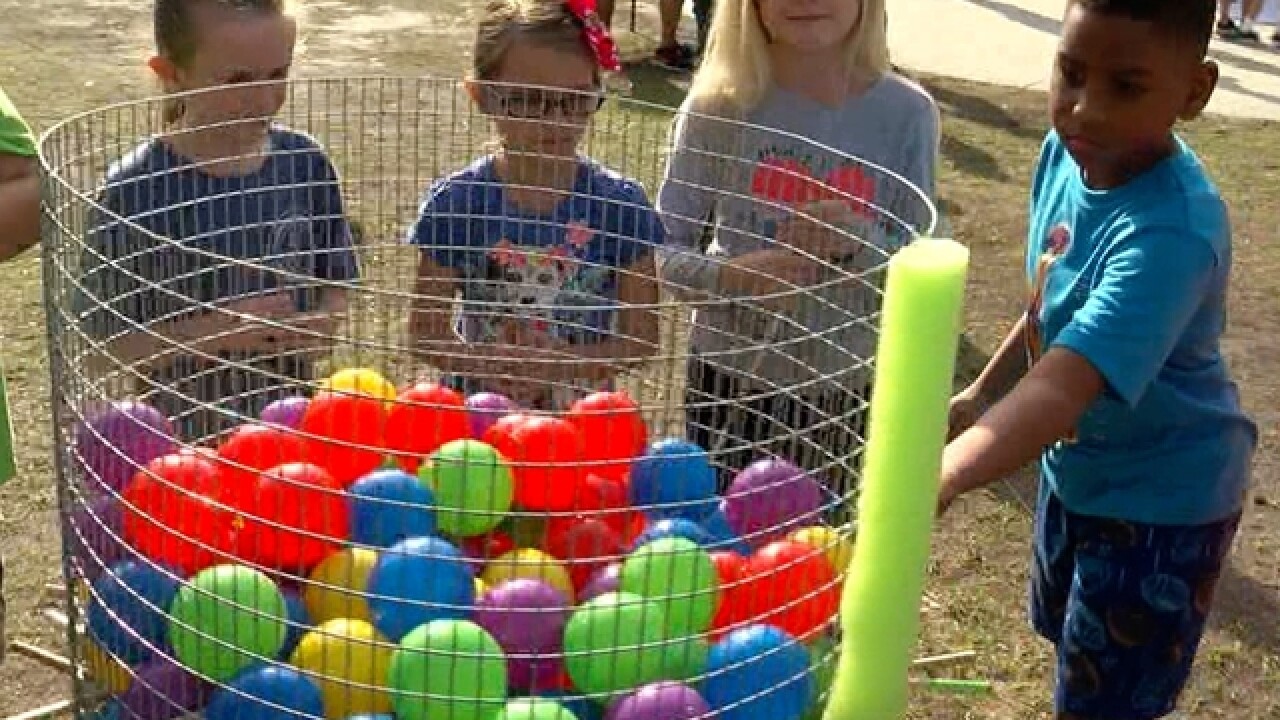 LAND O’ LAKES, Fla. — The marshmallow slingshot crew is having problems. The target is too small and too hard to hit.

That is not gonna fly as a fun carnival game at an upcoming Special Olympics event, which is what these Pasco County students have been tasked to create.

“We need to tweak up how big the marshmallow target is,” says one young inventor at Sanders Memorial Elementary School in Land O’ Lakes. “Because a lot of people are shooting and the marshmallows are going too high!”

But that is what testing day is for, to work out the kinks.

Dozens of these students invented midway-style games including a paper airplane facility, a robotic painting ball, and giant Jenga.

The students even have an expert in their midst.

“This is a compassion project,” says Sanders teacher Megan Kraus.

Kraus's brother  Donnie is developmentally delayed. He is testing out a bunch of games to see what works, what might be too advanced and what needs to be smoothed out.

“The students are learning how to learn from people who are not like them," said Megan. "It’s okay to be different. It’s okay that we’re not all the same.”

This project is six months in the making. It is part of the STEAM program which encourages science, technology, art and more.

The games that make the final cut will be revealed February 22 at a Special Olympics event at River Ridge High School.