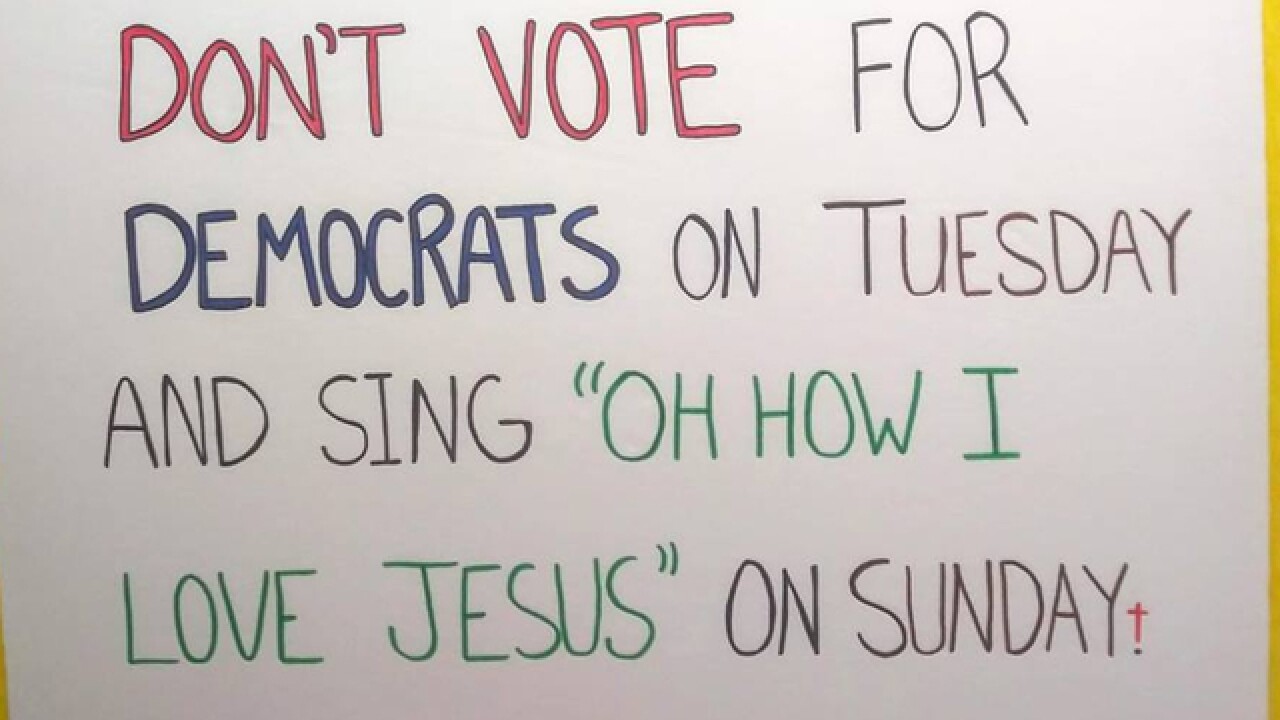 NEW PORT RICHEY, Fla. — The Grace of God Church in New Port Richey may no longer be a polling location after the pastor put a sign in the yard that read, "DON'T VOTE FOR DEMOCRATS ON TUESDAY AND SING 'OH HOW I LOVE JESUS' ON SUNDAY!'"

The Tampa Bay Times reported on Tuesday that there was nothing that Brian Corley, the supervisor of elections in Pasco, could do because the sign was outside of the 100-foot perimeter where campaigning is banned at polling locations. However, Corley told the paper Pasco County will not use the church as a polling place again.

The post has received hundreds of comments, with many upset over the sign. The pastor, Al Carlisle, has responded through the church's Facebook and his own standing by his sign saying, "Well then the election officials need to find another venue for polling. I will not compromise my comvictions (convictions)."