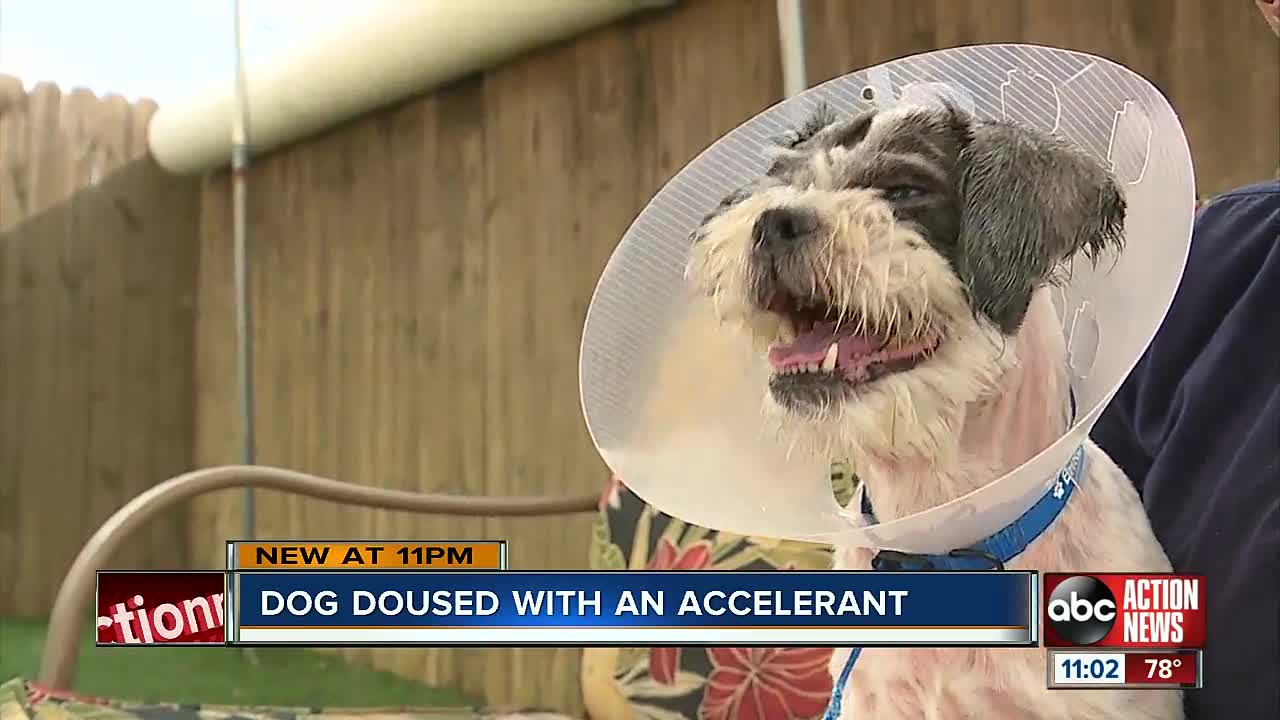 A Pasco County Animal Control officer found the dog walking around in Wesley Chapel. A concerned neighbor had called animal services. Staff realized the dog was covered in an accelerant after it smelled similar to an electrical fire. 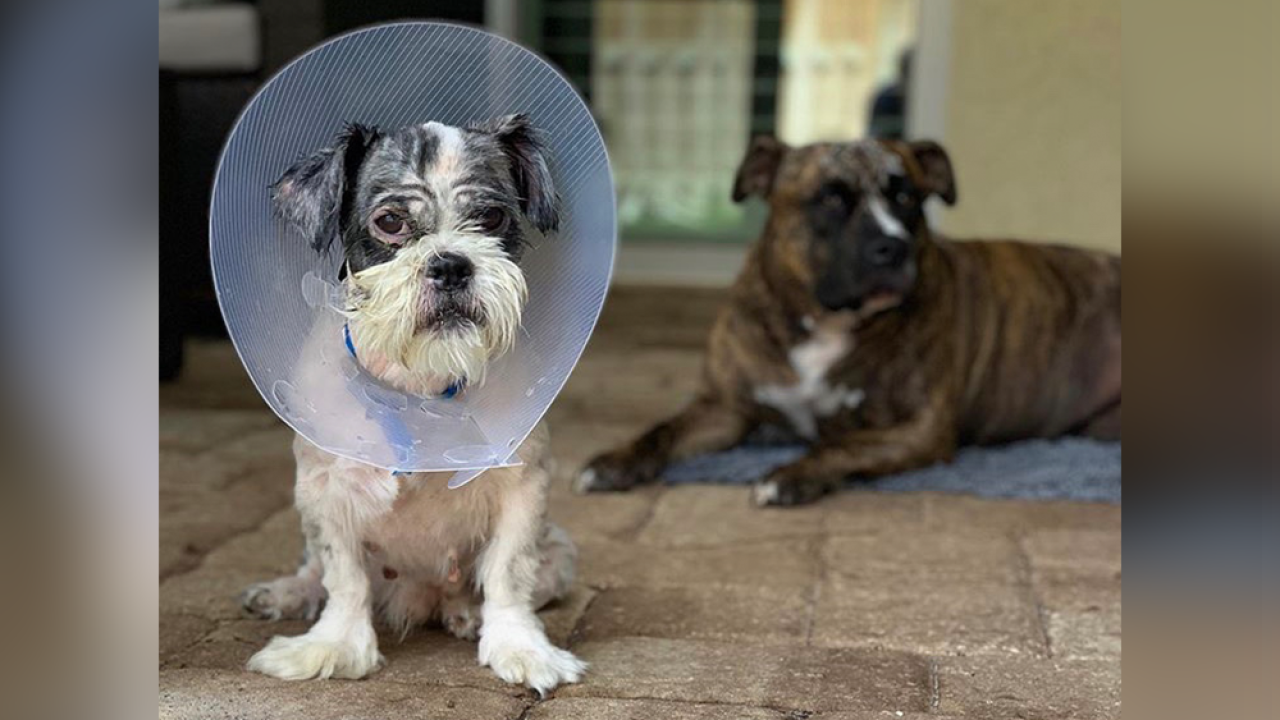 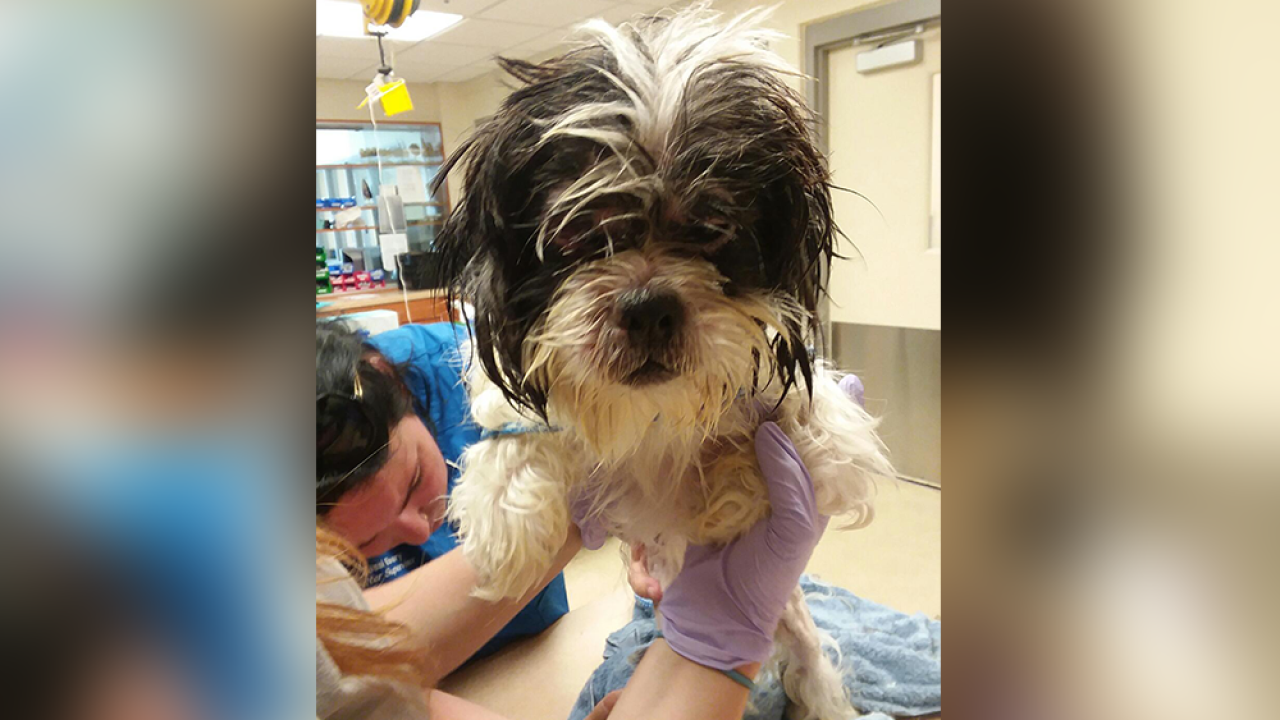 WESLEY CHAPEL, Fla. -- The Suncoast Animal League is hoping someone comes forward with information regarding how a dog ended up with an accelerant poured all over him.

"Somebody was probably there, along with whoever this person was who did something like that, that's what we're hoping for that someone will come forward," said Rick Chaboudy, Executive Director and Co-founder of the Suncoast Animal League.

An animal control officer located the small dog in Wesley Chapel after someone called to report a stray.

Staff with Pasco County Animal Services smelled something similar to an electrical fire and realized the dog was covered in an accelerant.

"Both of his eyes were swollen. He has burns on his corneas and his right ear. It looks like it got down in his right ear and he's on all sorts of medication for those things," said Chaboudy.

Karey Burek, a volunteer with Suncoast Animal League, is caring for Teddy, the 6-year-old Shih Tzu.

"He has some burns on his lungs from just inhaling the fumes," said Karey Burek.

Burek knows how to care for dogs suffering from chemical burns.

She adopted Denali in 2018 after the dog received burns on more than 35 percent of her body. ABC Action News reported on Denali's recovery after she survived a house fire in Lutz that her owner allegedly set.

"I was hoping Denali maybe helps him feel a little more relaxed and she's just enamored with him. She loves him and follows him around," said Burek.

Burek said Teddy must wear a cone around his head because of his eye injuries.

"They don't want him to get to his eyes because he does have burns on his corneas from the chemical," added Burek.

Burek said Teddy's next vet appointment is on Thursday. Suncoast Animal League hopes Teddy will be available for adoption in the coming weeks.