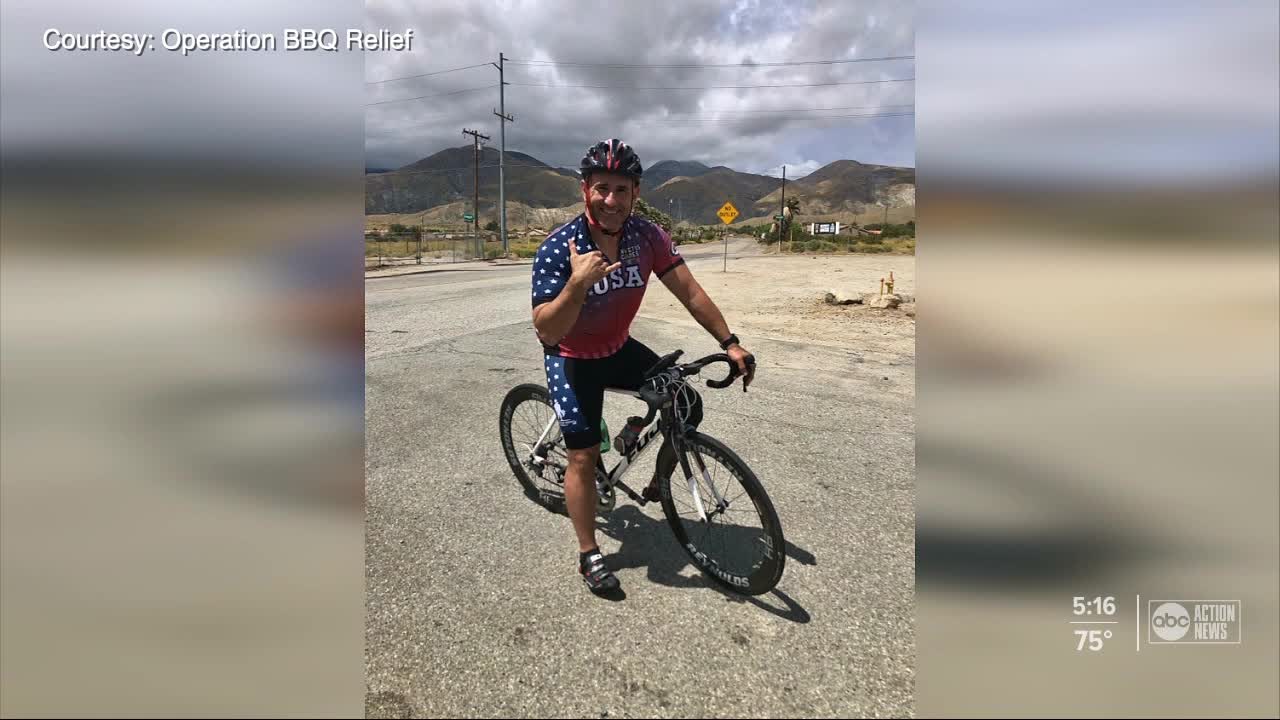 Jay Collins will run in two marathons at Walt Disney World in one weekend to bring awareness to Operation BBQ Relief. Story: https://wfts.tv/2QzSlKm 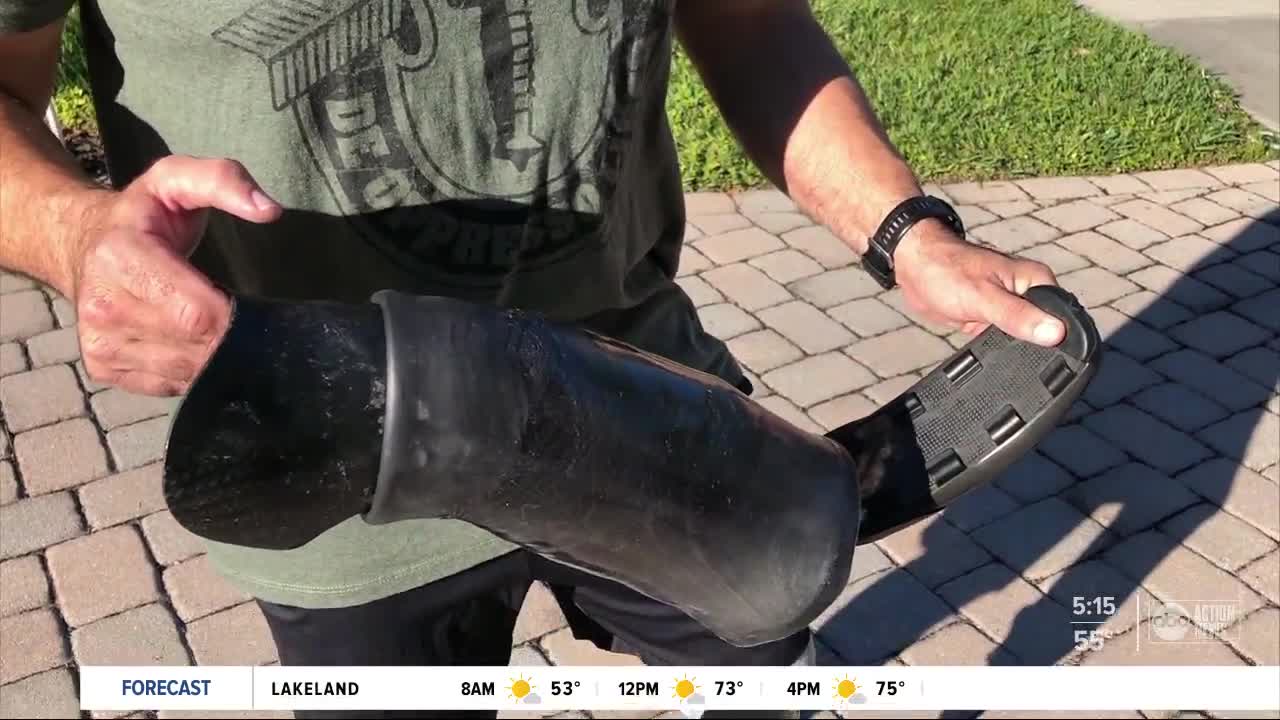 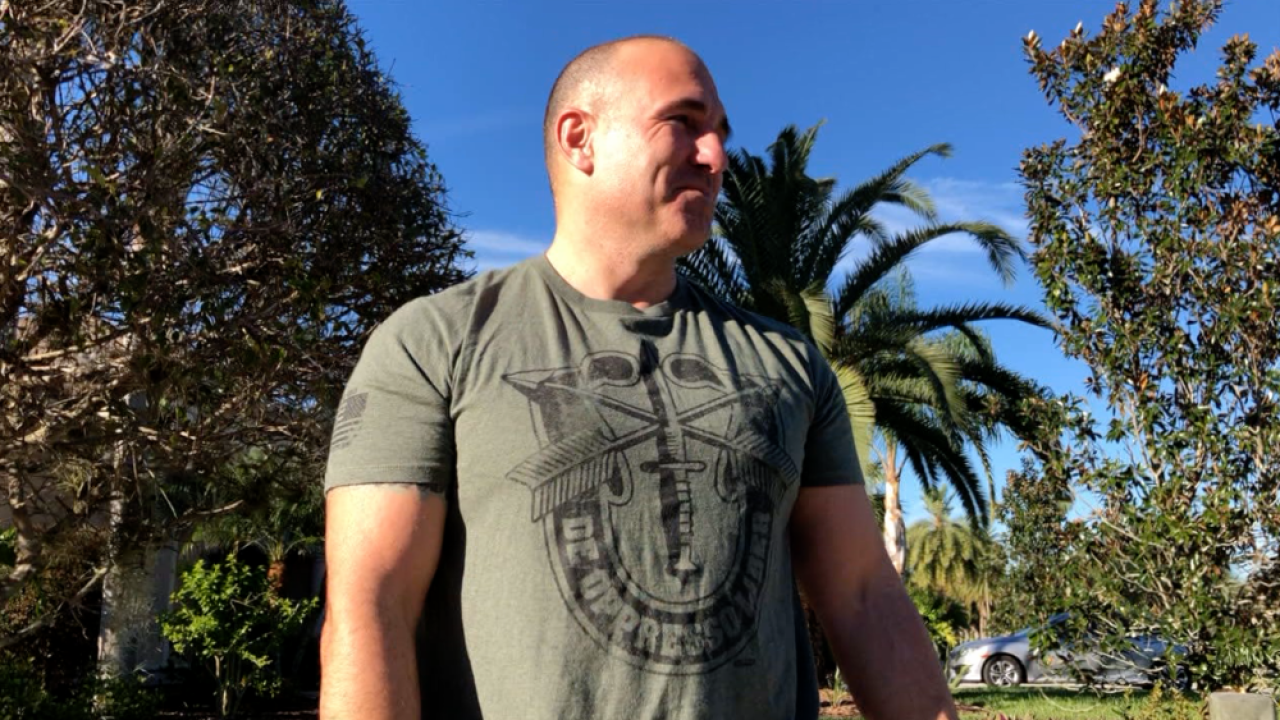 LAND O’ LAKES, Fla. — Jay Collins is not a man who is defeated easily.

The 43-year-old is a retired Green Beret who lost a leg in Afghanistan.

“Life deals you what you get,” says Collins. “And you make the best of it. I could roll over and just say, ‘Hey, it’s too hard.’ Or I can accept it, find my new norm and, like I tell people, it’s a new way to do old tricks.”

The veteran’s new trick is helping people in need all across the country.

RELATED: This 11-year-old has run a half marathon in all 50 states

The avid runner and cyclist, who wears a “blade” prosthetic, is using his remarkable athleticism to bring awareness to Operation BBQ Relief.

The nonprofit feeds first responders and people in need after natural disasters. It also makes feasts for veterans and the food insecure.

At all his stops, Jay preaches tolerance and understanding among those her serves.

“In a world that’s divisive, there’s so much more that we have in common,” Collins says. “Let’s just break bread together and remind ourselves that we’re so much stronger when we’re united.”

Jay is sponsored by Cigna, who backs him as he rides and bikes all over the country in the name of Operation BBQ.

This weekend he’ll run in not one but two marathons at Walt Disney World, to prove we are all capable of amazing strength.

“Tenacity and toughness are bigger than any one event,” Collins says. “You can overcome it with friends, family and a great support team.”