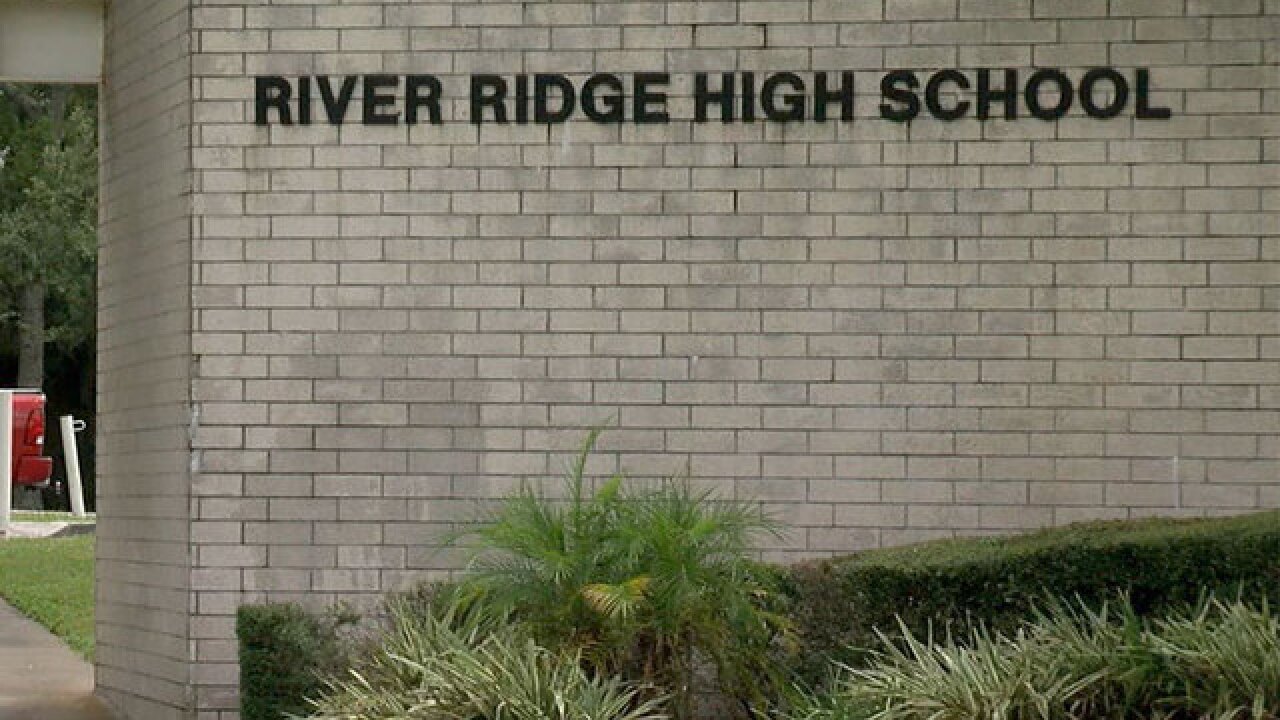 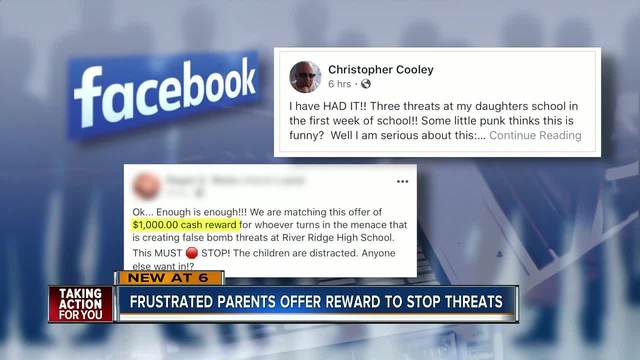 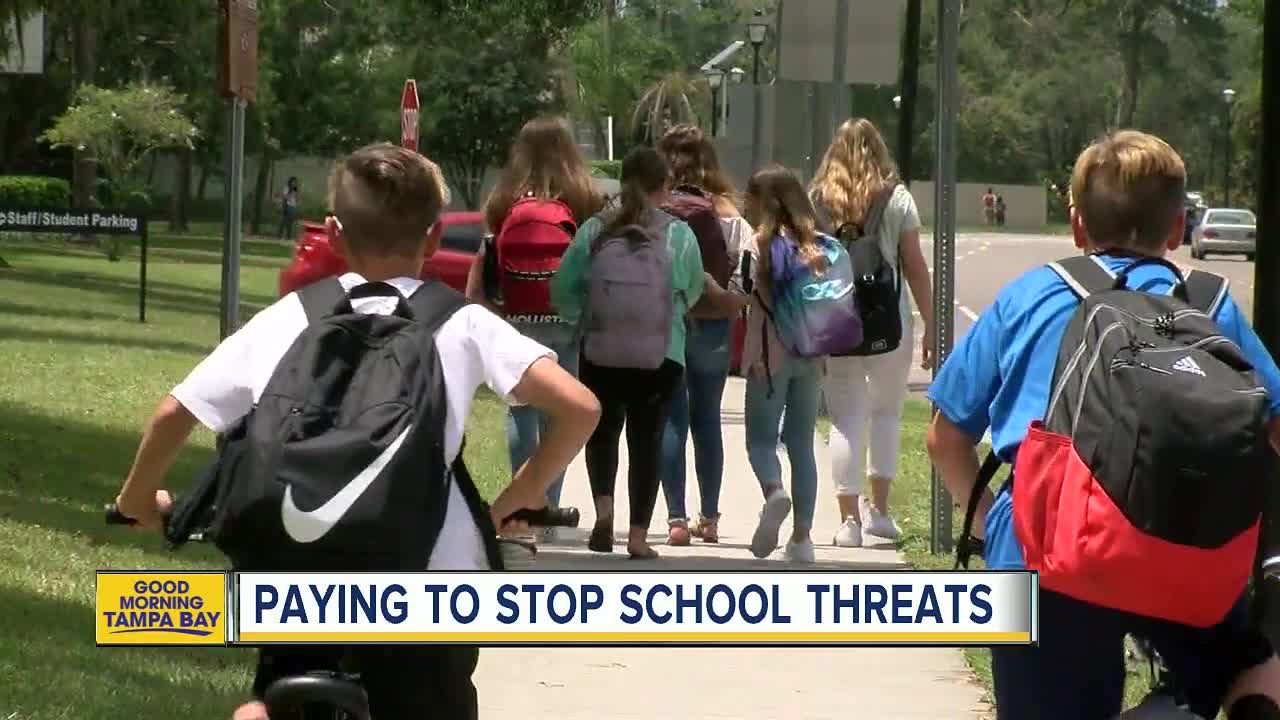 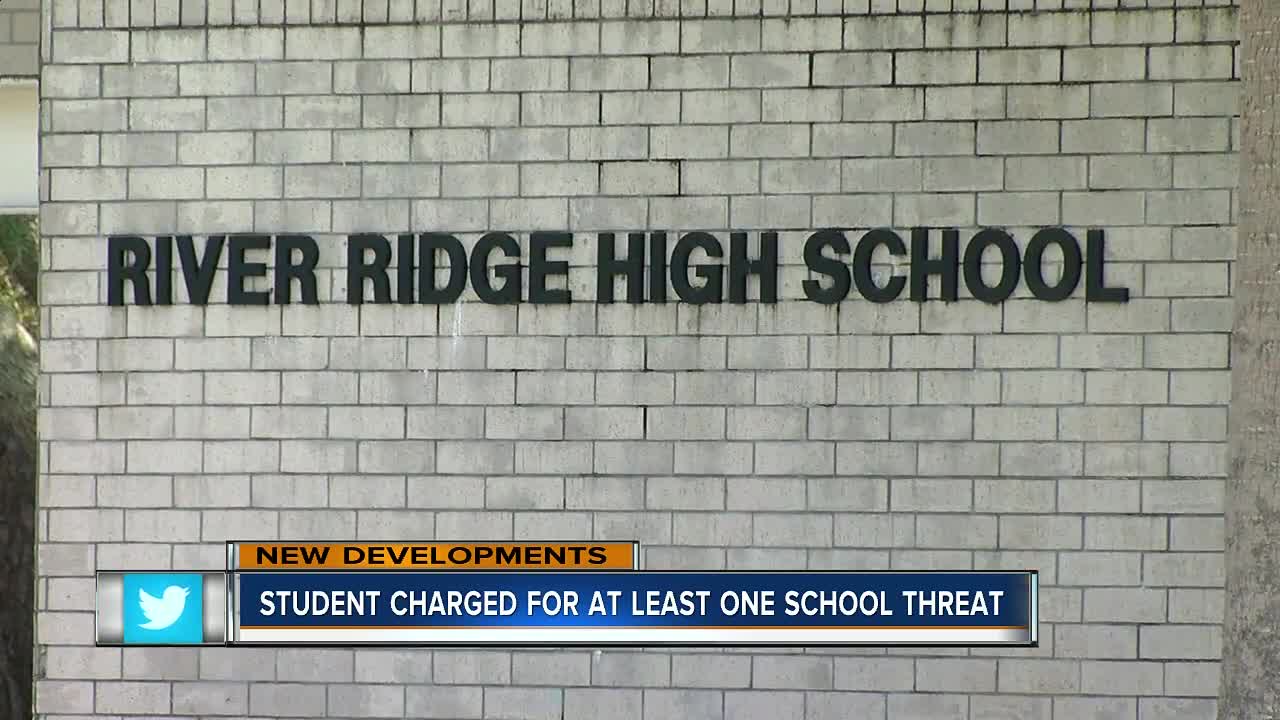 The school was considered  “on alert” this week while deputies looked into any credible leads.

Deputies said they arrested the 17-year-old student on Wednesday, August 23. They say the teen was caught on camera going into the bathroom shortly before the threat was discovered.

There have been a total of four threats written, but this student has only admitted to one. Officials say the investigation is ongoing.

Before the arrest, parents were fed up with the threats and ready to help.

"We're talking about a community that has had it,” said Christopher Cooley, who has two daughters at the school. "They're trying to learn, they're trying to fit in and then at the same time they have to deal with this now.”

Cooley got on Facebook and offered a $1,000 reward to find out who was responsible. He said that reward was growing as other parents chipped in. The reward is now more than $3,000.

Regan Weiss, another parent that offered money, said they plan on giving it to crime stoppers so they can get it to the right people.

New data shows the number of school threats jumped 62 percent since last year. Experts with the Educators School Safety Network said the shooting in Parkland was likely why a majority of those threats were reported in the Spring.

"If you just think this is funny then you need to grow up and you need to realize what the ramifications are but if this is somebody saying 'hey I need some help, we're here to help,” he said.

The Pasco County Sheriff’s Office said it takes each and every threat seriously. Cooley was confident deputies would make an arrest. Making threats is considered a felony.

"What's disheartening to me is the lack of empathy or care the children these days have for one another,” he said. He hopes more kids can be brought up to be kind to one another.

Pasco County Sheriff Chris Nocco says at this point there is nothing to show this teen could have followed through with making a bomb.

"At the time we had no idea," he said. "We always have to go on the fact that we have no idea, we don't know who is sending these messages and we have no idea what their capabilities are."

Out of an abundance of caution, an enhanced law enforcement presence remains on the campus.

"There are real families that have seen this on the news and are scared to death every day to send their kids to school," said Sheriff Nocco.

The investigation remains ongoing and deputies will make sure there are no copy cats.