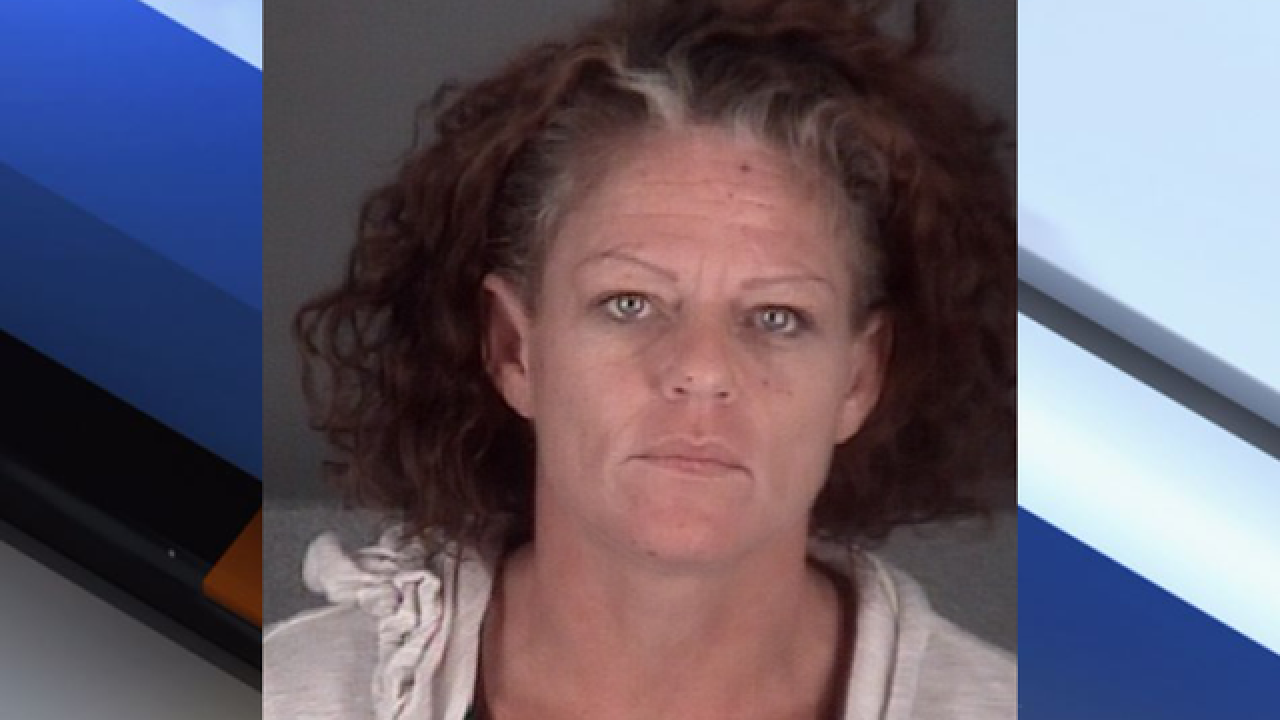 PORT RICHEY, Fla. -- A Pasco County woman was arrested after deputies say she beat a four-year-old child with a clothes hanger.

Deputies say that the 4-year-old was left in the care and custody of Teresa White-Fry, 38. They say that the child was experiencing separation anxiety and began screaming and crying.

According to deputies, White-Fry struck the child repeatedly with clothes hangers in the legs, thighs and buttocks causing lasting bruises on the child.

Deputies are unable to release the relation between White-Fry and the child as well as who the child was experiencing separation anxiety from in order to protect the child's identity.

White-Fry told deputies that she "tapped the child on the buttock with her palm," according to the arrest affidavit. She denied spanking the child with a hanger.

White-Fry was arrested for child abuse and transported to jail.