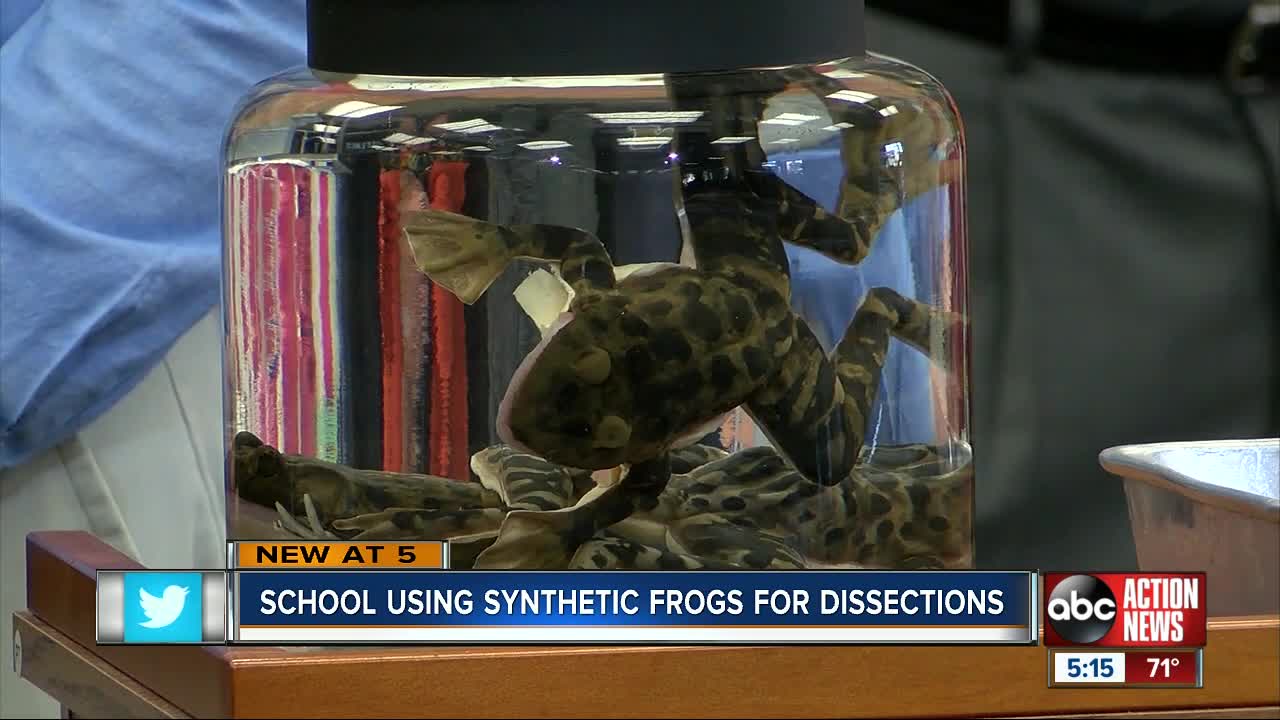 A school in New Port Richey will be the first in the world to use synthetic frogs for dissections on Wednesday. 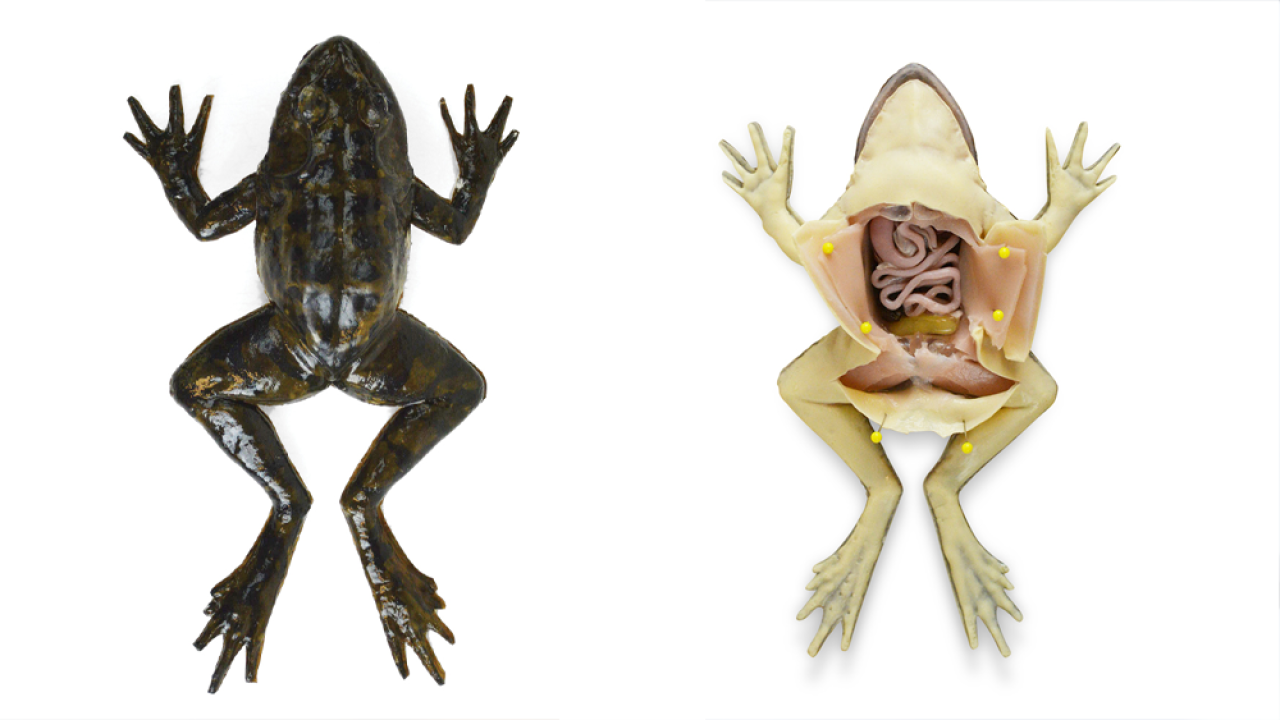 NEW PORT RICHEY, Fla. — A school in New Port Richey will be the first in the world to use synthetic frogs for dissections on Wednesday.

J.W. Mitchell High School will use the realistic man-made frogs as a replacement for dead, preserved ones.

The frogs, called SynFrog, are developed by SynDaver, which is headquartered in Tampa. They develop synthetic human and animal models used for education, surgical simulation and medical device testing. Each frog is worth $150 each, it's a lot more than the real thing.

“The Pasco County School District is committed to being a leader in innovation and opportunity for students, so we are excited to announce that Mitchell High School is the first in the world to use SynFrogs in science labs, giving our students a learning experience no other students have ever had,” said Kurt Browning, Pasco County Superintendent of Schools.

The synthetic frogs mimic the visual and textural properties for a live female frog, according to SynDaver.

“We’re excited to announce our revolutionary SynFrog, which is a far superior learning tool as it is designed to mimic living tissue. This makes it more like a live frog than the preserved specimens currently sold to schools for dissection labs,” said Dr. Christopher Sakezles, founder and CEO of SynDaver.

“SynFrog not only looks and feels like a real frog, it’s physically safer to dissect than a real preserved frog because it doesn’t contain potentially harmful chemicals like formalin," Sakezles said. "We commend Pasco County Schools for taking this monumental step to advance science education, and we want to thank PETA for their funding support, which helped with the initial development phase of the product and enabled us to deliver it faster than previously anticipated.”

People with the Ethical Treatment of Animals (PETA) came up with $150000 to help the company speed up the development of the frog. They say one million frogs are killed for classroom use every year.

SynDaver says their patented synthetic tissues are made of water, fibers and salts. They are reuseable and chemical-free.