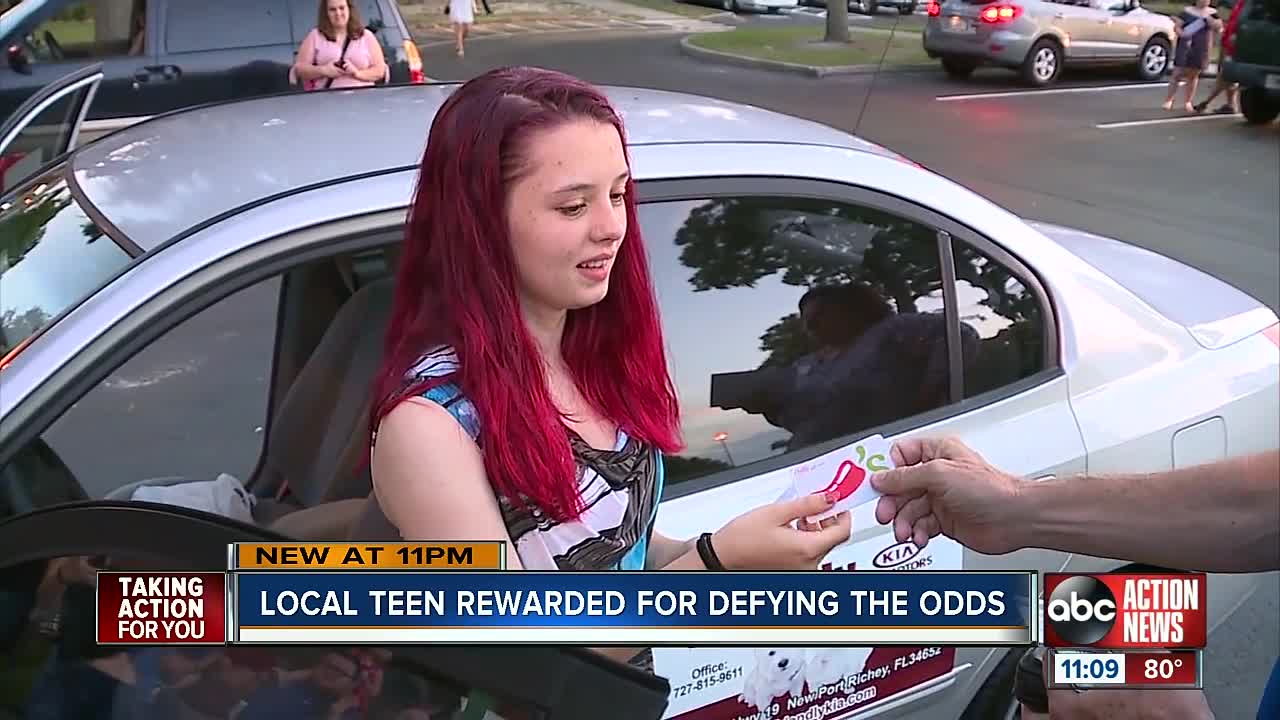 A River Ridge High School student, who has been on her own since she was 14, was surprised with a car Wednesday after overcoming countless obstacles. Story: https://wfts.tv/2VmOfcy 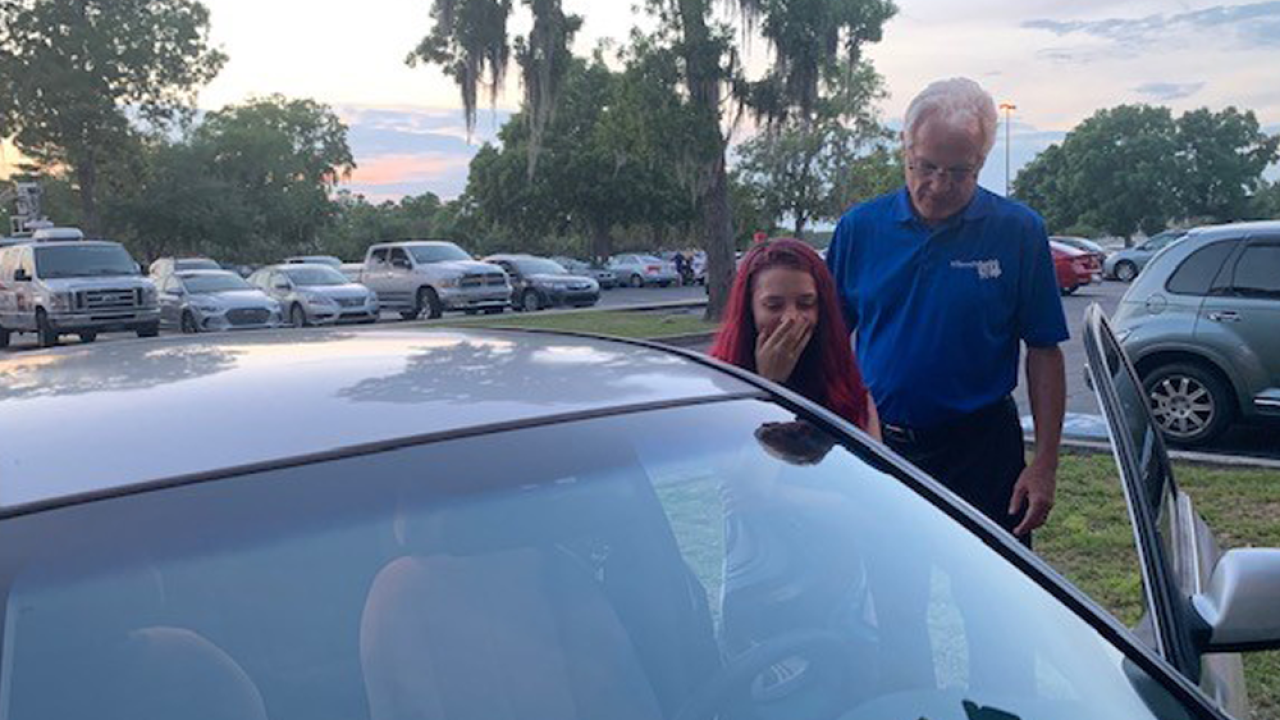 NEW PORT RICHEY, Fla. — A River Ridge High School student, who has been on her own since she was 14, was surprised with a car Wednesday after overcoming countless obstacles.

Asria Canada, 18, told ABC Action News she grew up in a poor family and relied on friends for help, sleeping on their couches throughout school.

"I was going through so many hardships, but I still tried. I was able to succeed, get good grades and pass and graduate high school," said Asria Canada.

She worked hard in school and even got a job.

"Once I turned 16, I got my first job two weeks later. I have been working every year and trying to get my own place and actually be able to support myself," she added.

On Wednesday night, Marjorie's Hope arranged a surprise for Canada outside of her school.

George's Wholesale Tire Pros and Friendly Kia donated a free car for her.

"Just hope she would just continue to succeed and that she would go forward continue with her education and that the car would hopefully allow her to get to and from without any stumbles," said Robyn Kraholikbrandl, a service adviser with George's Wholesale Tire Pros.

"She has overcome a lot of stuff already in her life. I remember when I got my first car. It was $250," said John Gilliss, Friendly Kia.

Marjorie's Hope, a non-profit with a mission to help children in Pasco County, also provided Asria with the Kathy Steiniger Memorial Scholarship worth $2,000.

"Her story just touched our hearts and to have that much tenacity and perseverance. She’s been on her own since the age of 14 and couch hopped and sometimes didn’t know how she was even going to get to school," said Debi Shackowsky, Marjorie's Hope.

Canada plans to attend Pasco-Hernando State College. She said she wants to be a meteorologist.

"You will be able to succeed as long as you try," said Canada.