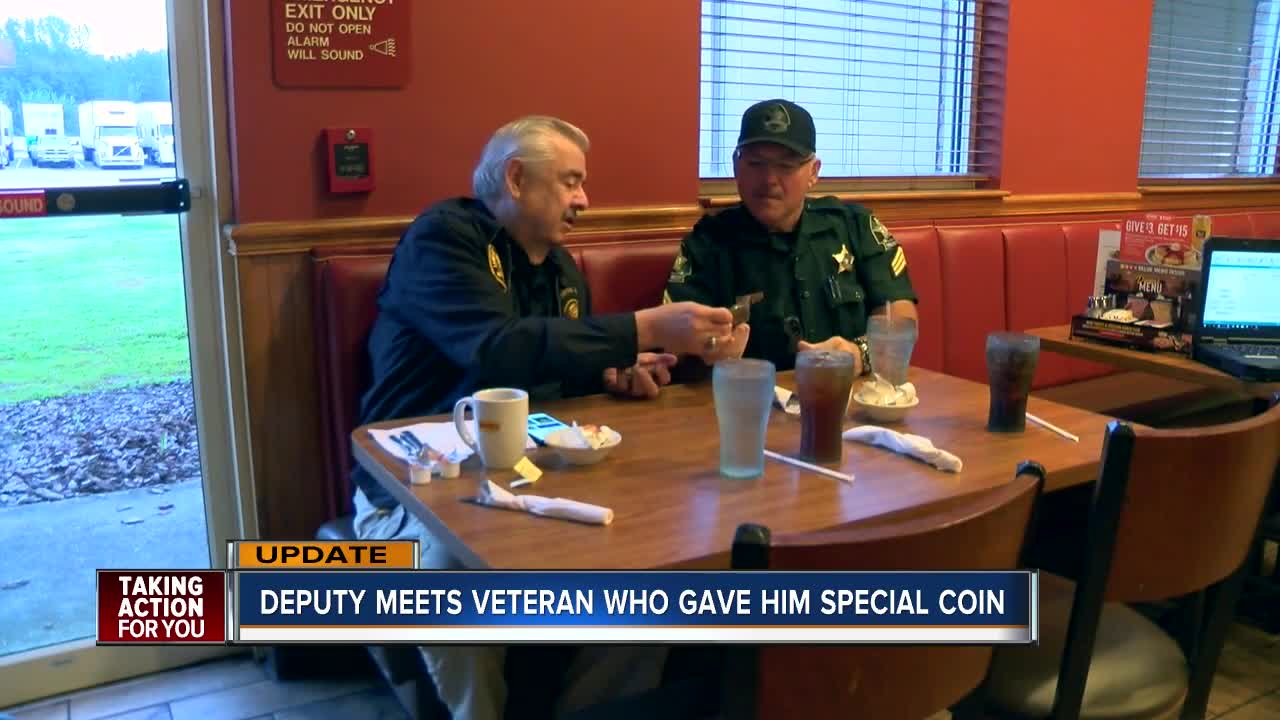 The case of the good deed veteran was solved Tuesday morning in Pasco County after he surprised a deputy, last week, with a Medal of Honor coin at a Denny's and quickly took off without introducing himself. 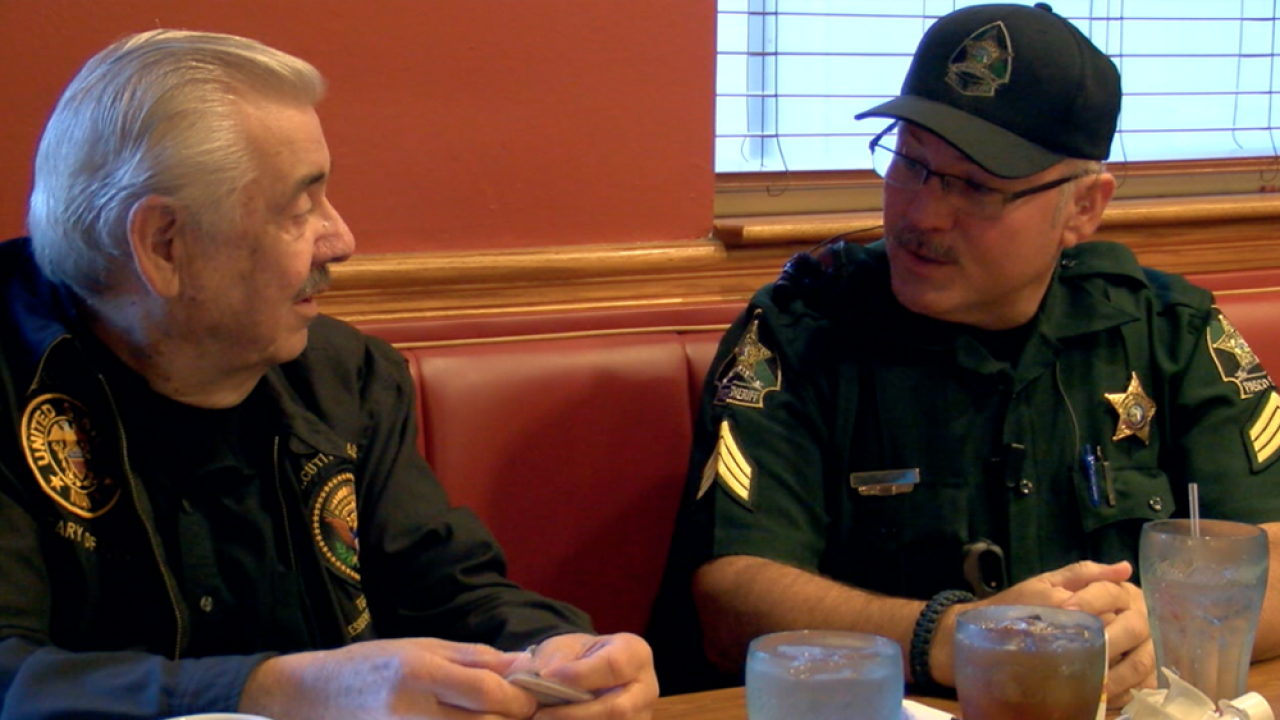 Last week, a Pasco County Sheriff’s deputy was on ABC Action News looking for a mystery man who handed him a Medal of Honor coin at a Denny’s, thanked him for his service and quickly took off.

The man ended up seeing that story on TV and invited an ABC Action News crew to be there as the two reunited for a proper introduction.

The veteran’s name is Thomas O’Neill. He was in the military for more than four decades and became a special assistant secretary of the Navy; working with multiple U.S. presidents.

His father was also a police officer, who died in the line of duty.

“Police officers are part of the fraternity I belong to; the military. We’re all caregivers and first responders and [Sgt. Steve Henson] was just sitting here and I thought maybe he needs a little 'hey, how you doin,’” O’Neill said.

According to O’Neill, he rarely gives out Medal of Honor challenge coins, but he did last week for Sgt. Henson to thank him for serving in our community.