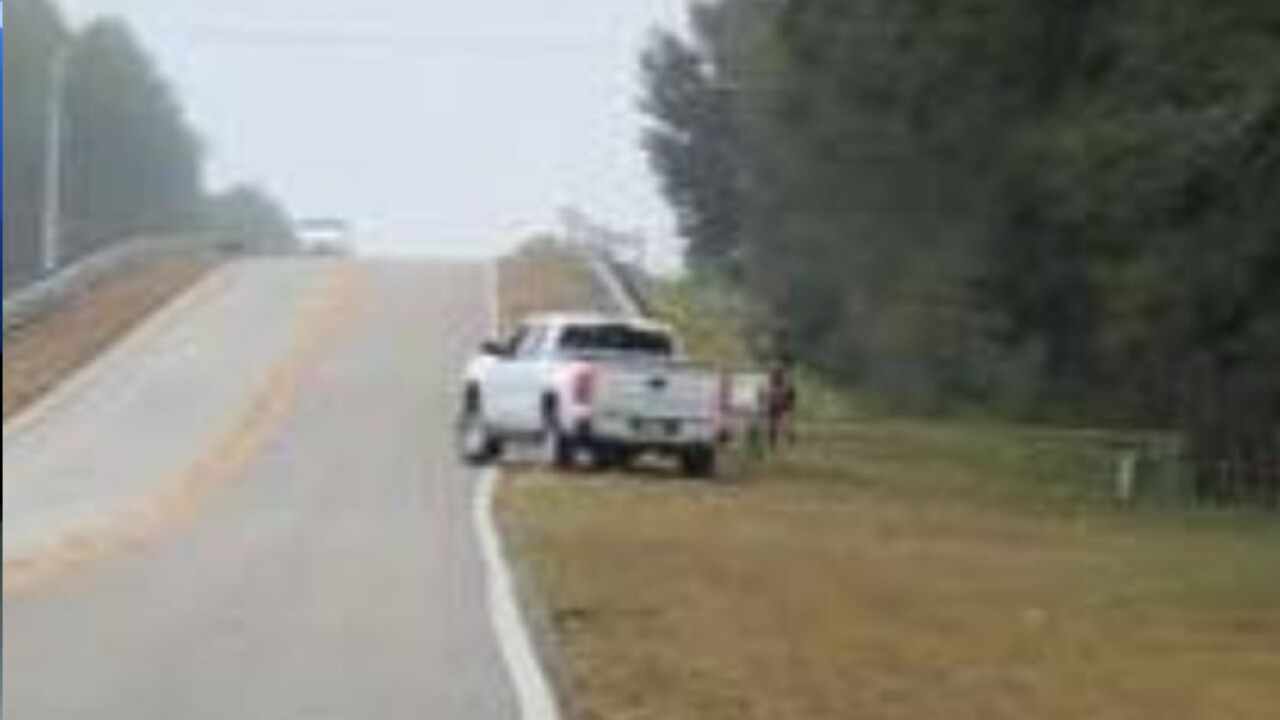 PASCO COUNTY, Fla. — Deputies in Pasco County are looking for information on a driver who they say forced a cyclist off the road, then charged him with a metal pipe.

Deputies say the cyclist was biking near the intersection of Lake Iola Road and Reed Road when a man in a truck swerved toward him.

The man is described as a white male, between 65 and 70 years old. He was driving a newer model white 4-door Chevy Silverado with a silver toolbox in the bed.

The man forced the cyclist off the road before exchanging angry words with him. Then he then got out of his truck and charged the cyclist while holding a 4-foot long metal pipe over his head, deputies say.