One dead following three car collision on US-19 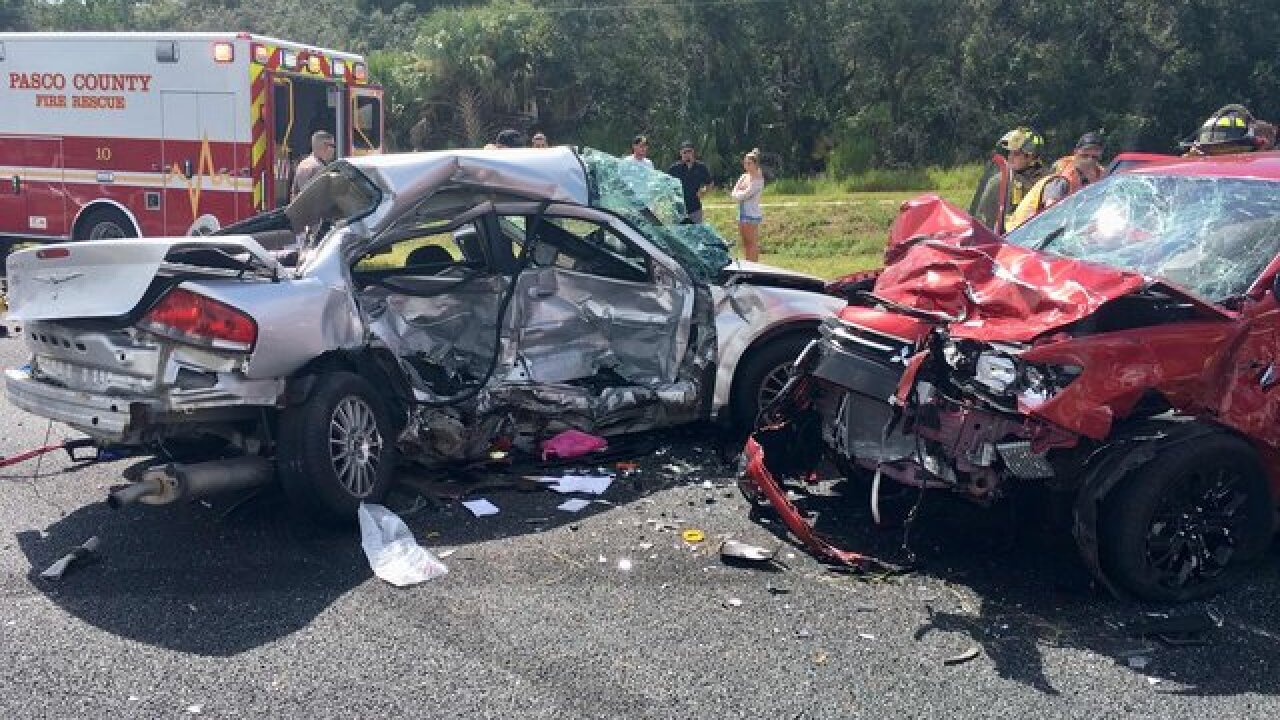 Copyright 2018 Scripps Media, Inc. All rights reserved. This material may not be published, broadcast, rewritten, or redistributed.
<p>Deadly crash closes US-19 in Pasco County.</p>

PASCO COUNTY, Fla. — One person has died following a three-car collision on US-19 on Wednesday.

According to Florida Highway Patrol, just before 3:30 p.m. a Chrysler driven by Diann Plautz, 30, of Springhill, was traveling northbound on US-19 in the center lane when for an unknown reason, her vehicle drifted into the inside lane, colliding with another vehicle.

Plautz's vehicle then rotated across the median and into the path of a third vehicle, according to FHP, which struck the Chrysler.

Plautz was transported to the hospital where she passed away, according to FHP. She was wearing her seatbelt at the time of the crash.

Due the crash, Pasco County Schools were not been able to get back into the area to deliver Crews Lake Middle School students home. They were returned to school where their parents were reportedly contacted for pick-up.