NEW PORT RICHEY, Fla. — A New Port Richey family had a very close call Friday morning, after someone shot into their home around 4:30 a.m.

The Pasco Sheriff’s Office says at least three bullets went into the house on Congress Street.

One of those bullets went through a guest room and into another bedroom where the homeowner’s parents were sleeping. The bullet went just over the bed and hit a mirror.

Another of the shots went through an outside window, and into the homeowners bedroom where it hit the ceiling above his bed.

No one in the home was injured.

Investigators still haven’t found the shooter, and they don’t know why this home was targeted.

“Any time you fire a bullet into a home, there’s a potential for getting hit, even if there’s stucco or block walls, they still penetrate the outside and through the walls inside as well. So it’s very dangerous,” said Pasco Sheriff’s detective Wayne Boekeloo. 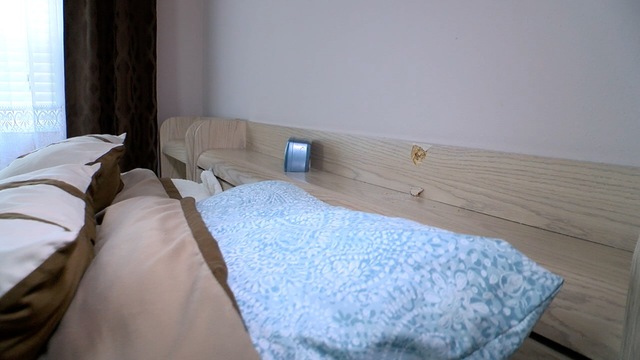 The homeowner says his mother only used two pillows last night, instead of three.

He says having her head a few inches lower may have saved her life.