Baby turtle hatchlings saved after they were found caught in a mass of seaweed that washed up after Hurricane Michael.

PASCO COUNTY, Fla. — Nearly 100 baby turtle hatchlings were saved after they were found caught in a mass of seaweed that washed up after Hurricane Michael.

Nearly 100 diamondback terrapin turtle hatchlings were rescued from a beach in Pasco County and are getting a head start before they’re released.

Anna Maria plans to use all 'turtle friendly' lighting

"They were probably hanging on and riding out the current," said Kris Porter, founder of Owl's Nest Sanctuary for Wildlife.

Dozens of baby turtles were found caught in a large mass of seaweed that washed up on a beach after Hurricane Michael. Rescuer Kris Porter says she’s never seen anything like it. 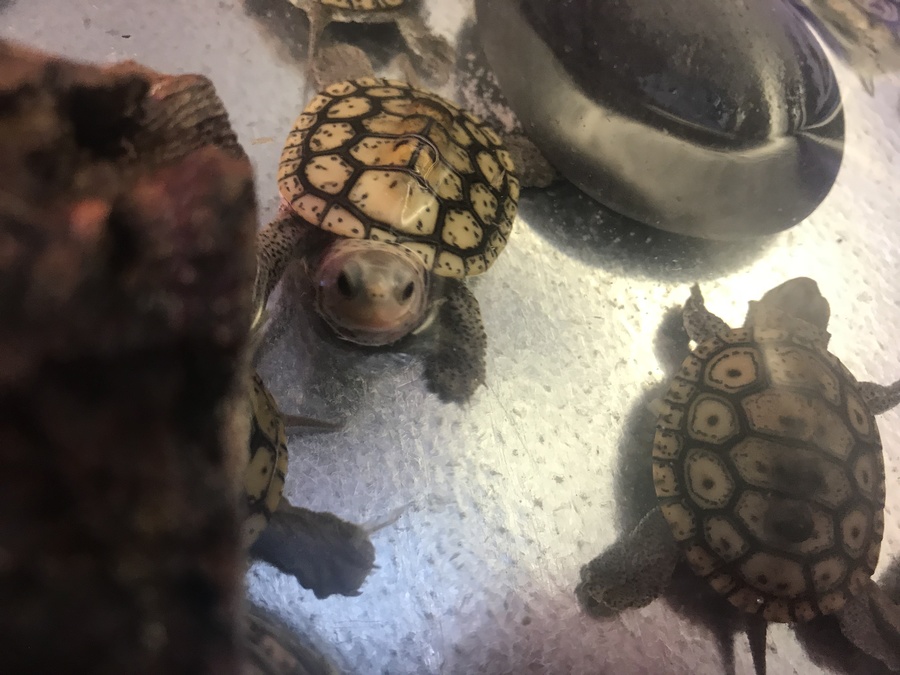 "I don’t know how, by a miracle of nature honestly because we can’t explain it any other way, they all clung to the seaweed," said Porter.

The tiny turtles, that likely hatched near a river by the gulf did what we all do when things get bad, they stayed together, which Porter says likely saved their lives.

"This is so important for the species because they’re actually being studied to go on the threatened species list for the state," said Porter.

Owl’s Nest Sanctuary for Wildlife and Nature World Wildlife Rescue are caring for them until the red tide subsides and they can safely be released.