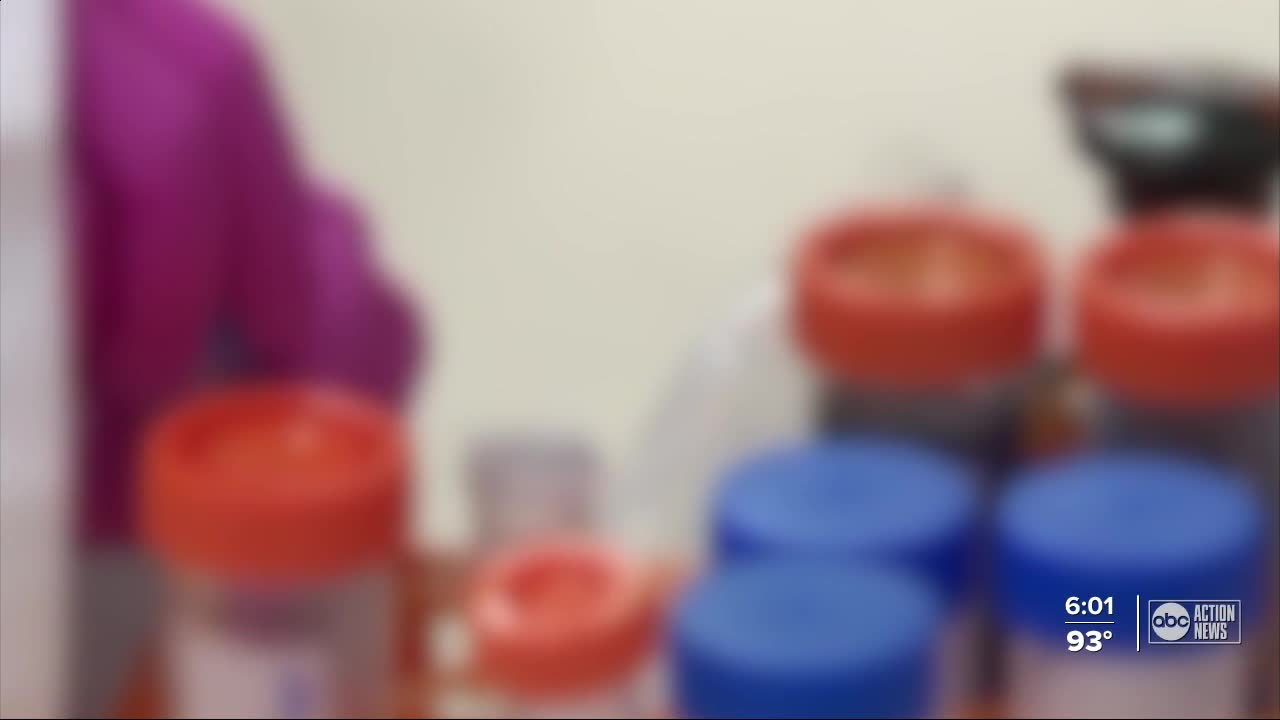 "I have now calculated that I have spent 11 hours getting tested," she said. NEW PORT RICHEY, Fla. — Imagine having to take the COVID-19 test not once, not twice but three times.

That happened to a local woman after taking the test at Suncoast Urgent Care in New Port Richey.

"I have now calculated that I have spent 11 hours getting tested," said Susan Ryerson.

Ryerson and several co-workers took the test together. She said they got their results back, and she got a call, "saying we need you to come again."

Ryerson reached out to ABC Action News after getting a third call from the urgent care.

"I was extremely frustrated," Ryerson said. "I got scared. I said this doesn't sound good to me."

A spokesperson for Suncoast Urgent Care said they did their own investigation and determined the vials were not leaking on their end. They said it was an issue "happening at the lab."

Pathnostics, a California-based lab, is who they're using to test. The spokesperson said they're using that lab because of their quick turnaround with results.

According to Suncoast Urgent Care, the lab determined the vials were faulty so they got with the manufacturer and the problem has been fixed. We have reached out to Pathnostic's president and general manager Kip Vernaglia, but he has not returned our calls.

"What credibility does the test have if things like this can happen twice?" asked Ryerson.

Suncoast said the vials that leaked did not contaminate the other vials because they're not packaged together, and the leaked vials were not tested.

Ryerson thanked the employees at Suncoast Urgent care for being professional and transparent.

"I felt bad for them because they had to keep redoing the tests," Ryerson said.