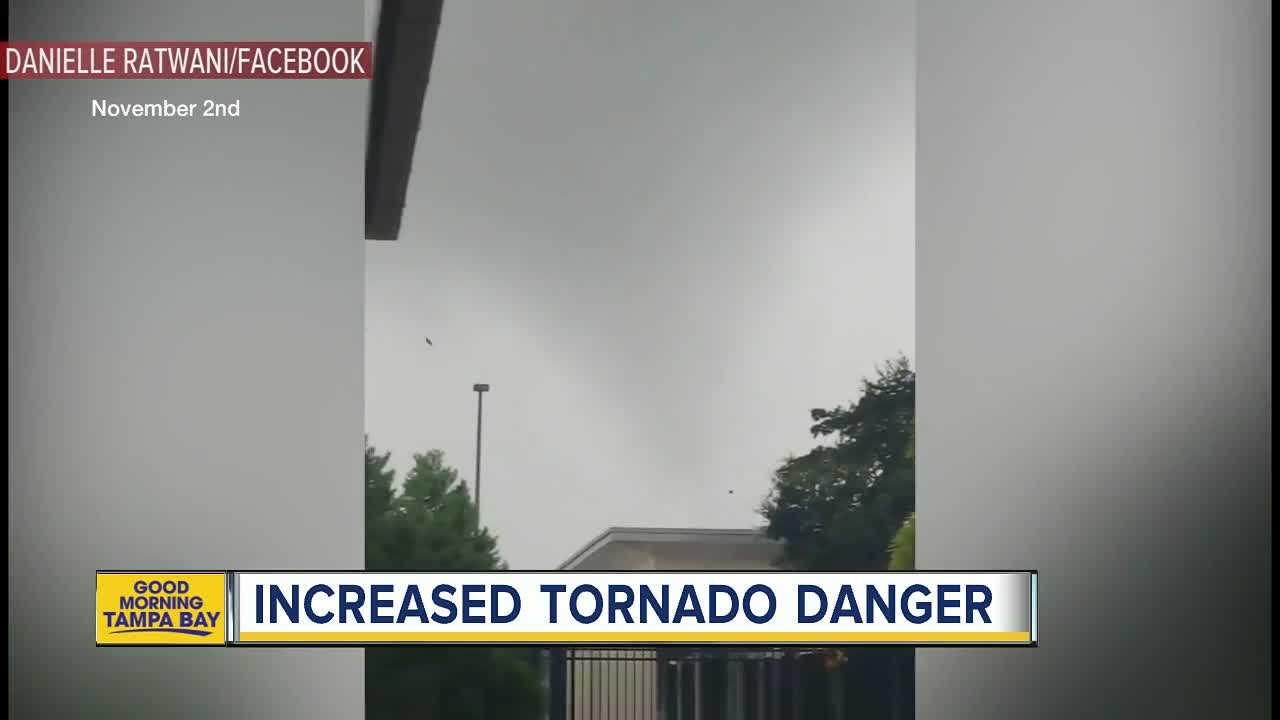 There have been several tornadoes that have touched down in the Bay Area multiple times in just over a month. And weather forecasters say this could be just the beginning of tornadoes this winter and spring. 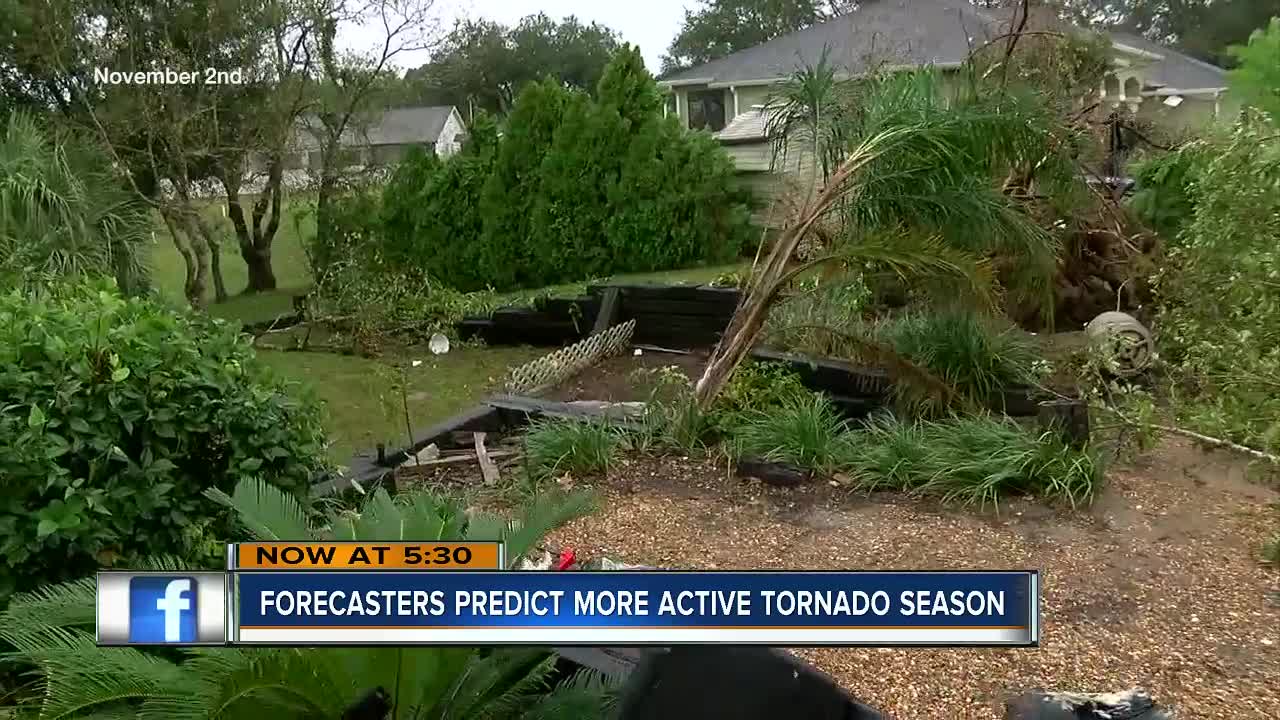 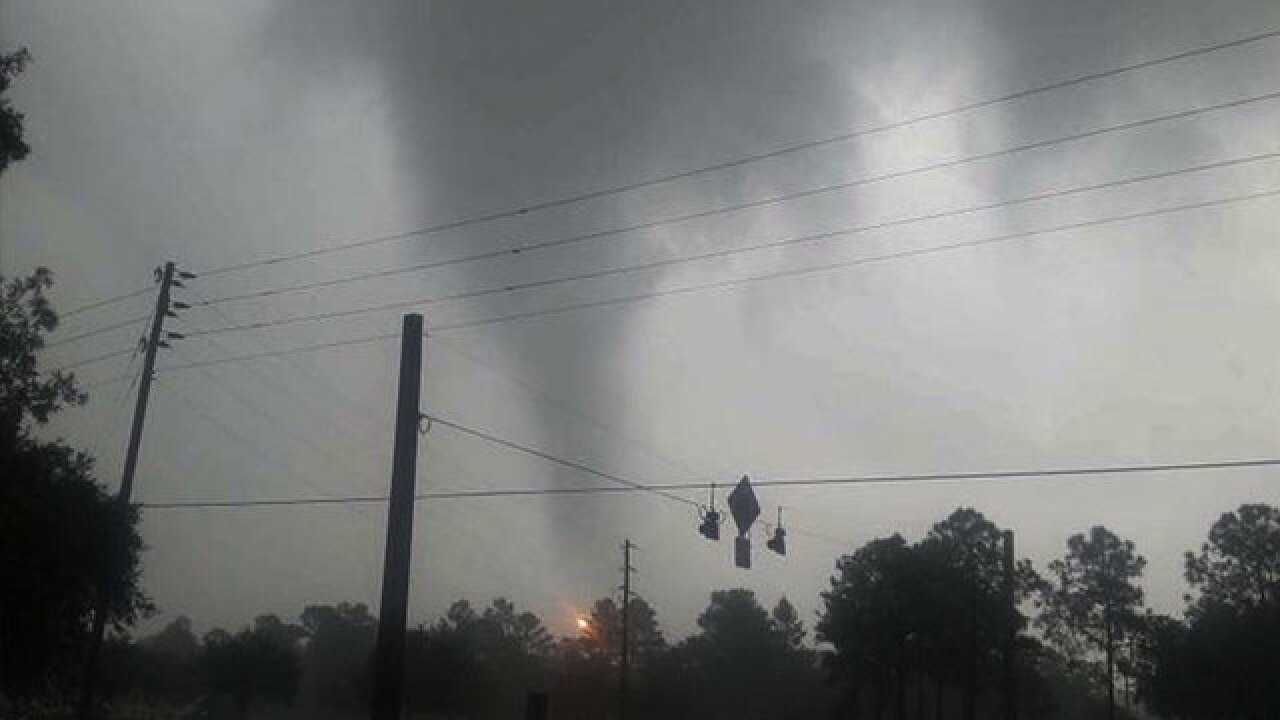 There have been several tornadoes that have touched down in the Bay Area multiple times in just over a month. And weather forecasters say this could be just the beginning of tornadoes this winter and spring.

The National Weather Service says it was an EF-1 tornado that touched down in a Pasco County front yard on Sunday morning, while the homeowners were outside having coffee.

"We were sitting on the porch having coffee and this big oak tree turned completely around before it snapped and fell on the cars," said homeowner Lisa Manaseri.

The roof ripped off their home and their vehicles were destroyed, but thankfully no one was injured.

"The tornadoes had wind speeds of about 90 mph. They’re quick, they’re thin, and you don’t get a lot of notice that they're coming," said Daniel Noah, National Weather Service Meteorologist.

This happening on the heels of multiple EF-1 tornadoes that hit across the Bay Area on November 2.

"It just came out of nowhere and it was gone. Never would’ve expected it," said neighbor Renee Piehl.

But forecasters say people should get ready to expect more. The National Weather Service says Florida averages about 52 tornadoes a year, making Florida 10th in the nation for states with the most tornadoes. And they expect this winter and spring to be more active than usual.

"For this cool season, take any warning very seriously because we are in an El Niño and that tends to bring the jet stream over Florida more often," said Noah.

Forecasters say weather patterns this winter are looking similar to what caused deadly tornadoes to hit central Florida in 2007. So they want people to watch their local stations and take any warnings very seriously.