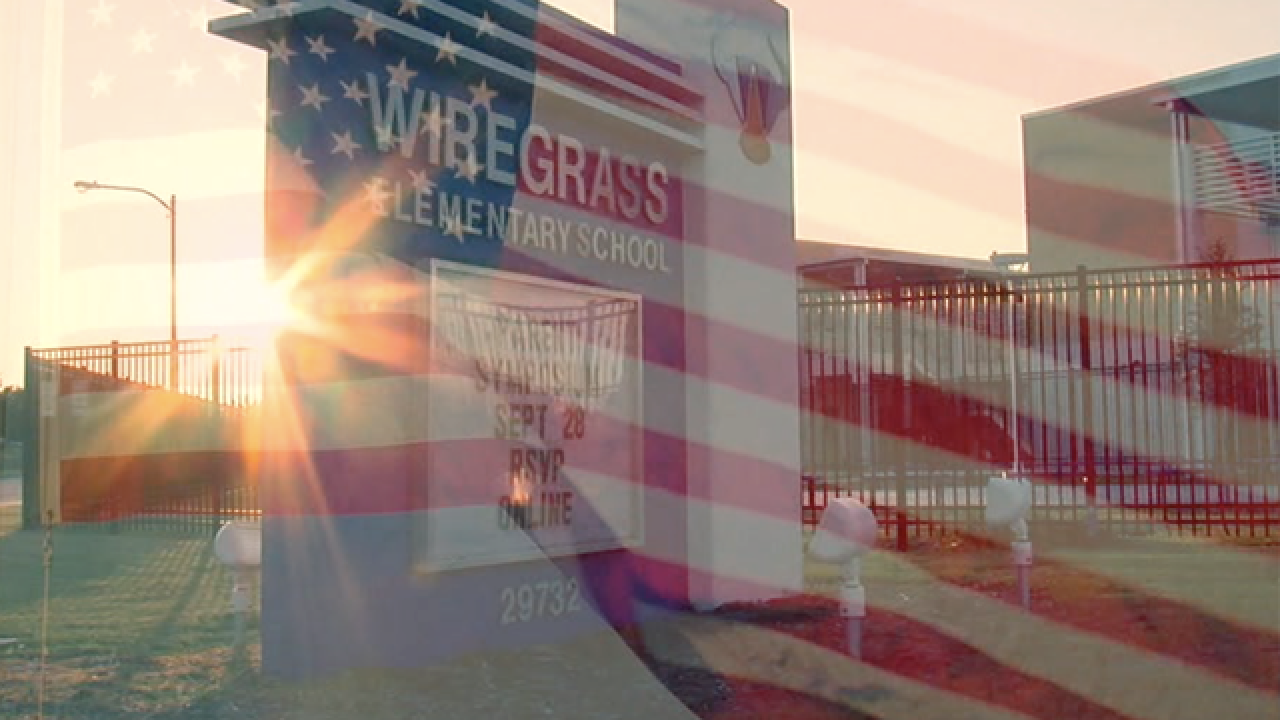 A first grader in Pasco County chose to take a knee during the Pledge of Allegiance, and his mother is upset with how the teacher, the school and the Pasco County school district responded.

At school on Monday, a local first grader went down on one knee during the Pledge of Allegiance, he was then told by his teacher to stand up and stop it, in front of all his classmates. His choice came after countless NFL players took a knee during the national anthem on Sunday, setting off a storm nationwide, sparking discussions in homes across America.

That boy's mother is speaking out because of a text message she received from her son's first-grade teacher about the incident.

"I just wanted to let you know that this morning when it was time to do the Pledge of Allegiance, (your son) went down on one knee. I knew where he had seen it but I did tell him that in the classroom we are learning what it means to be a good citizen we're learning about respecting the United States of America and our country symbols and showing loyalty and patriotism and that we stand for the Pledge of Allegiance. I know its a sensitive issue but I wanted to make you aware. Thanks"

Her goal is to start a conversation. She said that she teaches her son to have an open mind and make decisions and that this issue is way bigger than her 6-year-old son.

She says she didn’t tell her son to do that at school on Monday. But, regardless, her issue is how it played out at Wiregrass Elementary School.

"She told him right away, based on what he told me, to stand up and to stop it... That's not her right."

Linda Cobbe with the school district says they followed state law. But did add, “It would have been better if the teacher would have pulled the student aside and talked about it. without the other students witnessing it."

“State law says that the only way that a student can be exempted from reciting the Pledge of Allegiance is if they have a written request from their parent and even then the law says that they still have to stand," Cobbe said.

Neither the student nor the teacher got in trouble, but Linda Cobb tells ABC Action News that the school district plans on discussing the policies with staff and parents in the future and that adding respect and civility are huge.

“We certainly would not want to infringe on anyone's rights, but we have to follow state law," Cobbe added.

The boy's mother hopes people will learn from this.

RELATED | The history of sports and the national anthem