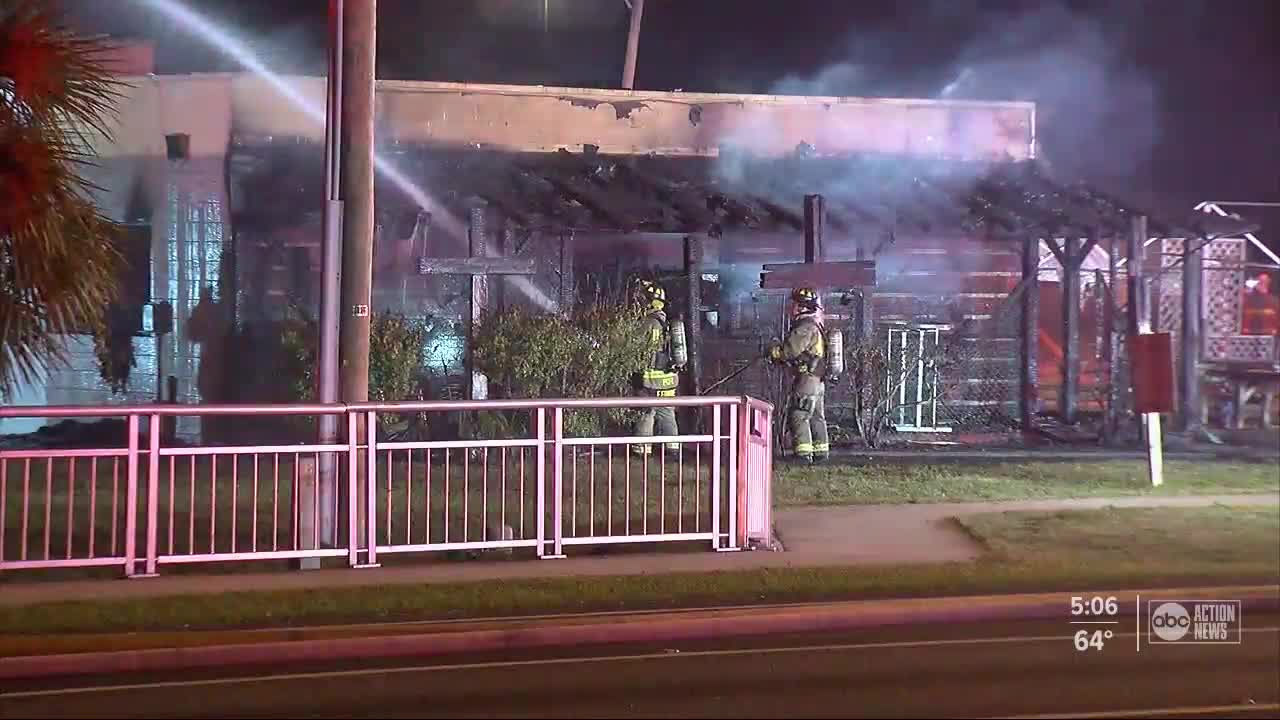 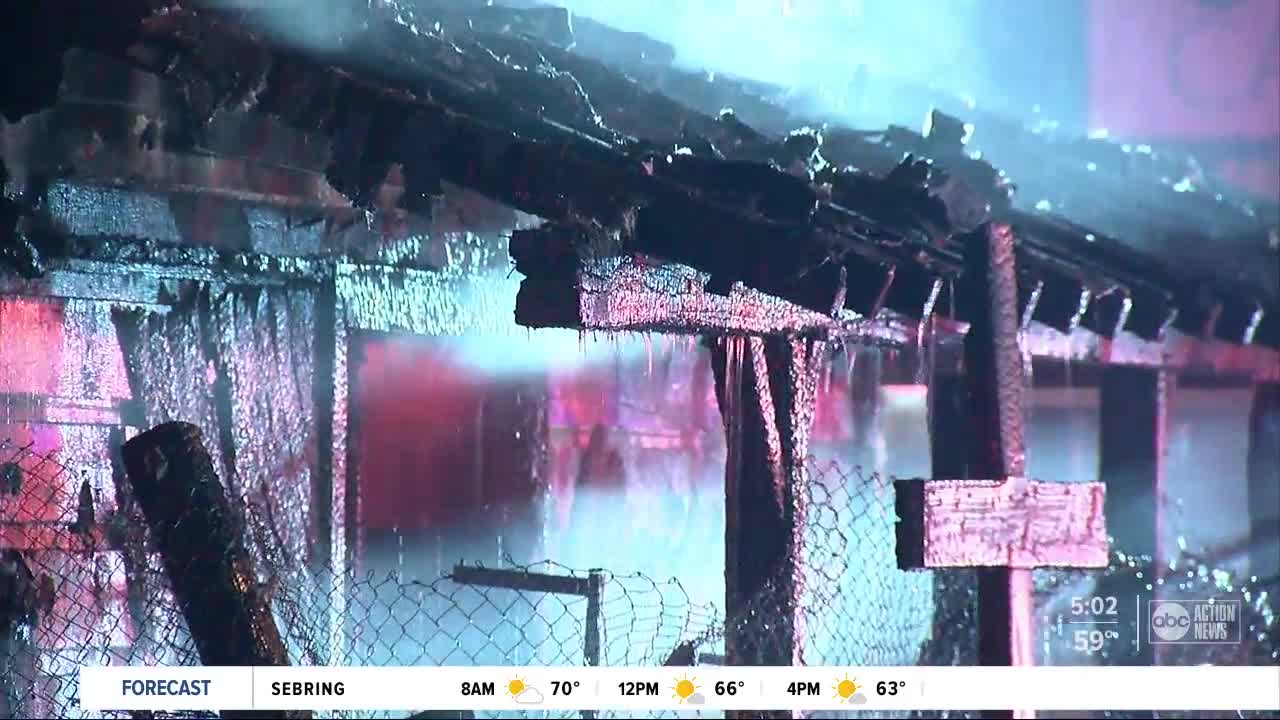 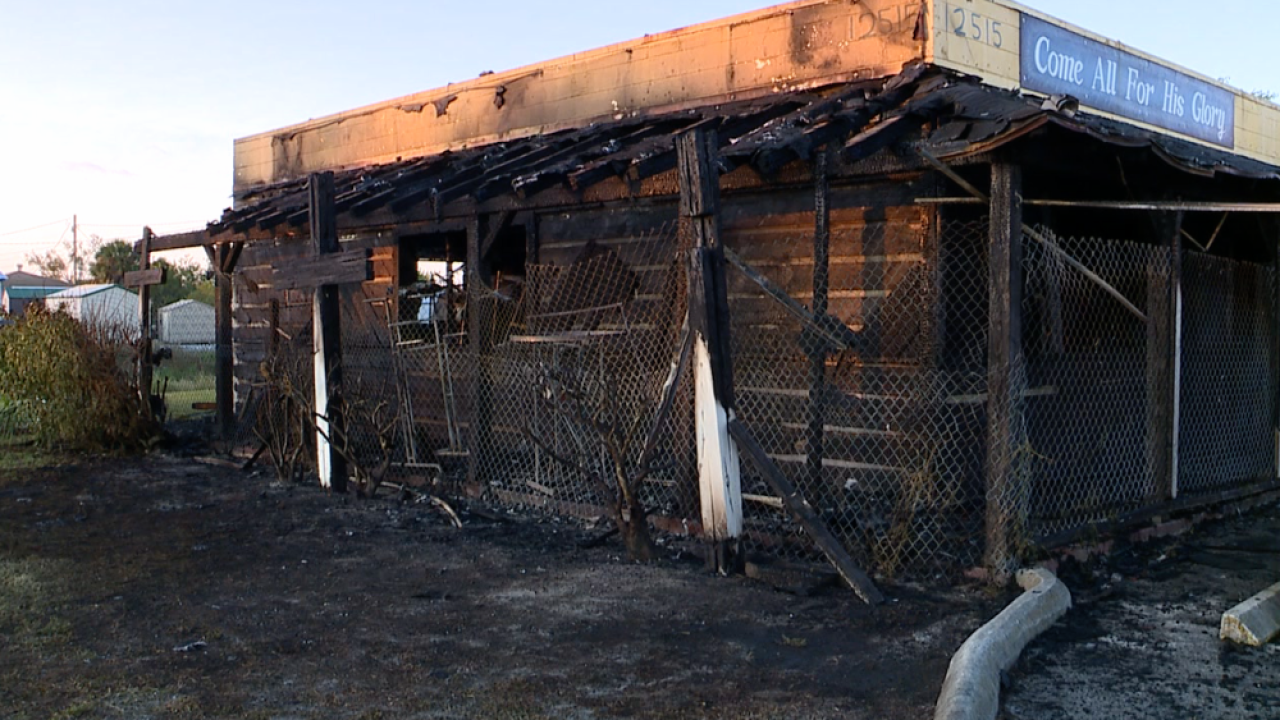 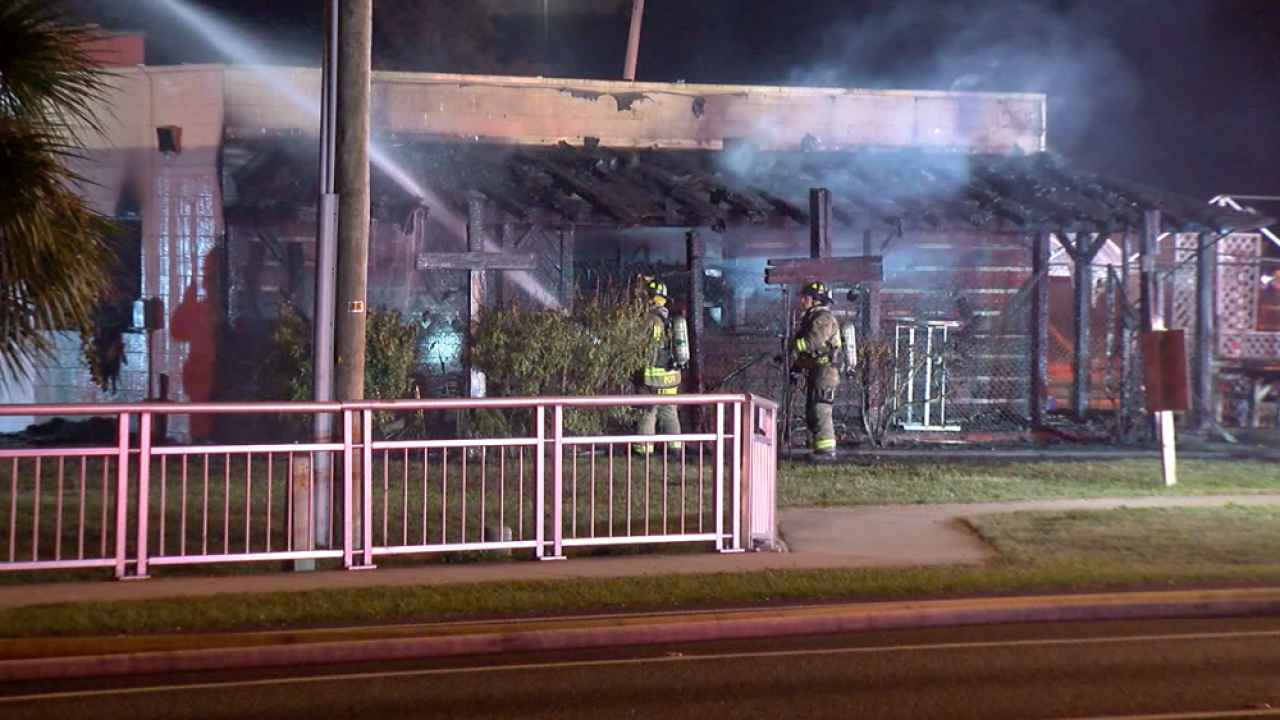 Multiple passersby called just after 1 a.m. that the ACTS Community Resource Center building on US 19 in Hudson was on fire.

When firefighters arrived on scene, they found the structure engulfed in flames.

It took Pasco Fire Rescue crews an hour to bring the fire under control.

RELATED: One person hurt in 2-alarm fire at a building in Ruskin

One homeless man says he goes to the church for food and clothing.

“When I first came out on the road I had no tent, no blankets, nothing. They went out and bought me a tent. They gave me food for my dogs," said Jesse Roza. "They helped me out a great deal.”

Broken But Beautiful Ministries' director says they are planning to still serve food to people in need.

"We could always still use the property so we'll probably still feed out here come Christmas Day regardless of the situation of the building," said Dan Kolb.

Everything inside the building, from food to clothing to medical supplies, was used to help the homeless and elderly. Volunteers were able to save some dry goods but little else remains salvageable.

For more information on the ACTS Center and how you can help go to, click here.

Authorities say no one was injured and blame an electrical problem for starting the fire.

US 19 in the area was closed for several hours while crews worked to put out the flames.