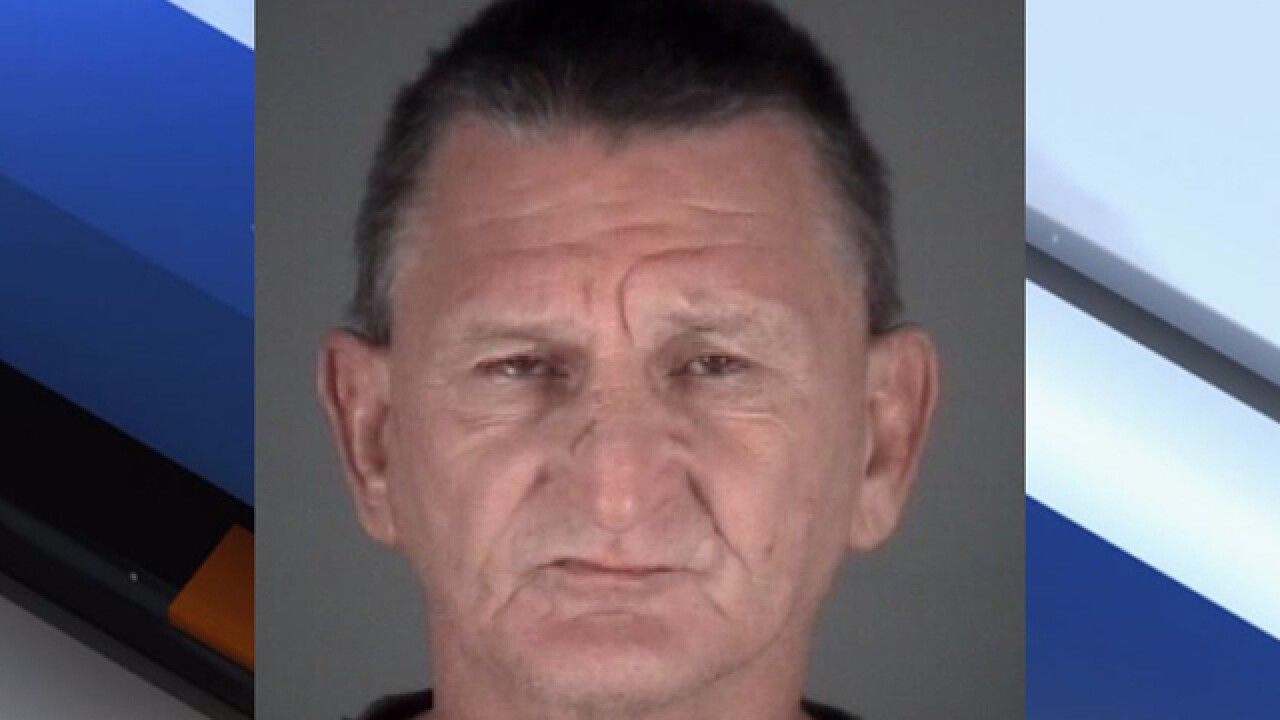 Deputies say 52-year-old Brian Dehart was captured by the New Port Richey Police Department. He is currently behind bars at the Land O' Lakes Detention Center.

Deputies say 52-year-old Brian Dehart struck his victim in the face and head several times before tying her up and sexually battering her.

Dehart left the location before deputies arrived. The victim was able to escape and hop towards a construction site where workers cut the ties off her wrists and ankles, according to authorities.

Deputies say Dehart has brown hair and brown eyes, is 6 feet 1 inch tall and weighs 215 pounds. He has multiple tattoos on his arms and right hand. He was last seen wearing a gray sleeveless shirt and is possibly armed with an unknown make and model firearm.

Crime Stoppers of Tampa Bay is offering a $3,000 reward for information that leads to the location and arrest of the suspect. You can call Crime Stoppers at 1-800-873-8477, or leave an anonymous tip online.

You can also contact the Pasco County Sheriff's Office, Public Information Office if you have information.