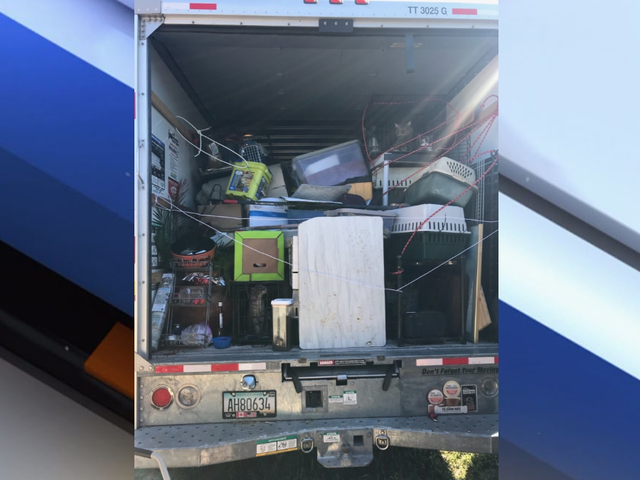 Deputies responded to a home located at Dixie Garden Loop in Holiday and arrested Karen Tuttle-Kunnmann, 61, for animal cruetly.

Deputies say the cats were inside a locked storage compartment, in cages without food or water and with no air conditioning. They were also sitting in their own feces, according to deputies.

Deputies found cats under furniture and inside cages that were stacked on top of the truck, along with additional dogs and cats inside the cab of the U-Haul and in another vehicle — which was also locked with no air conditioning.

Kunnmann was charged with 47 counts of animal cruelty at $5,000 bond for each count, deputies say.

Deputies say they unloaded the cats out of the U-Haul, the animals are now in the care of Animal Control.