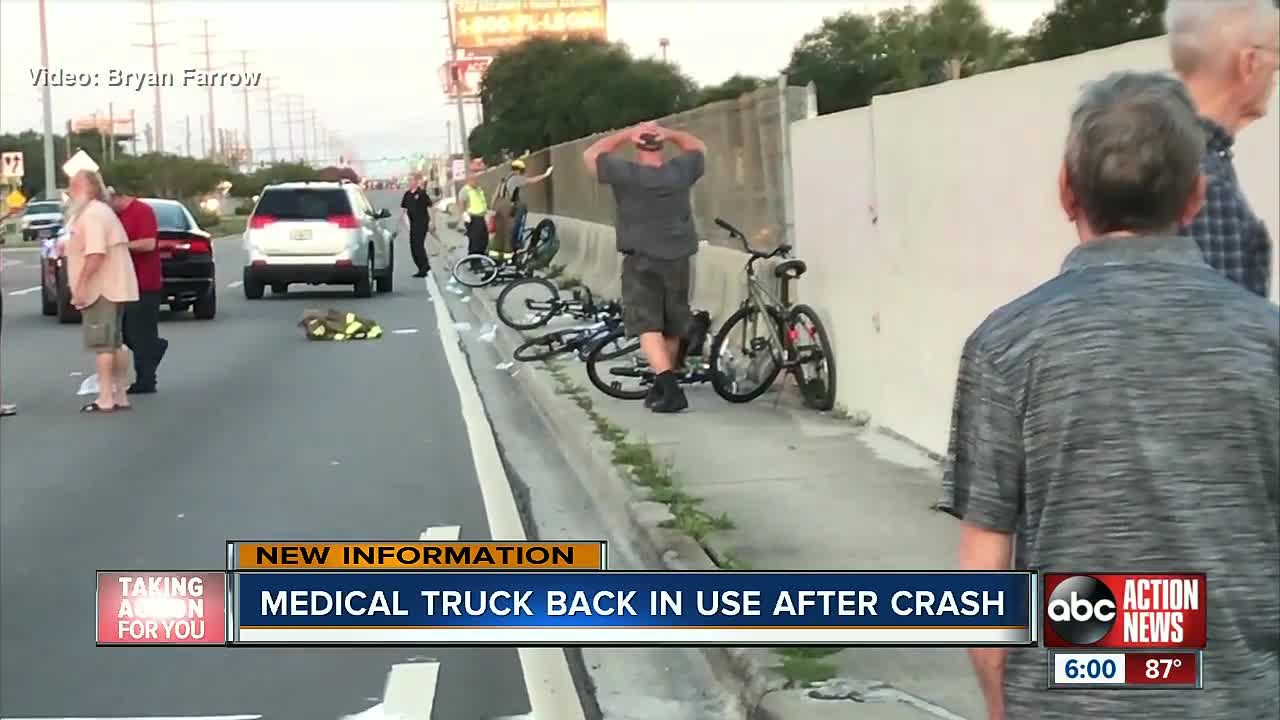 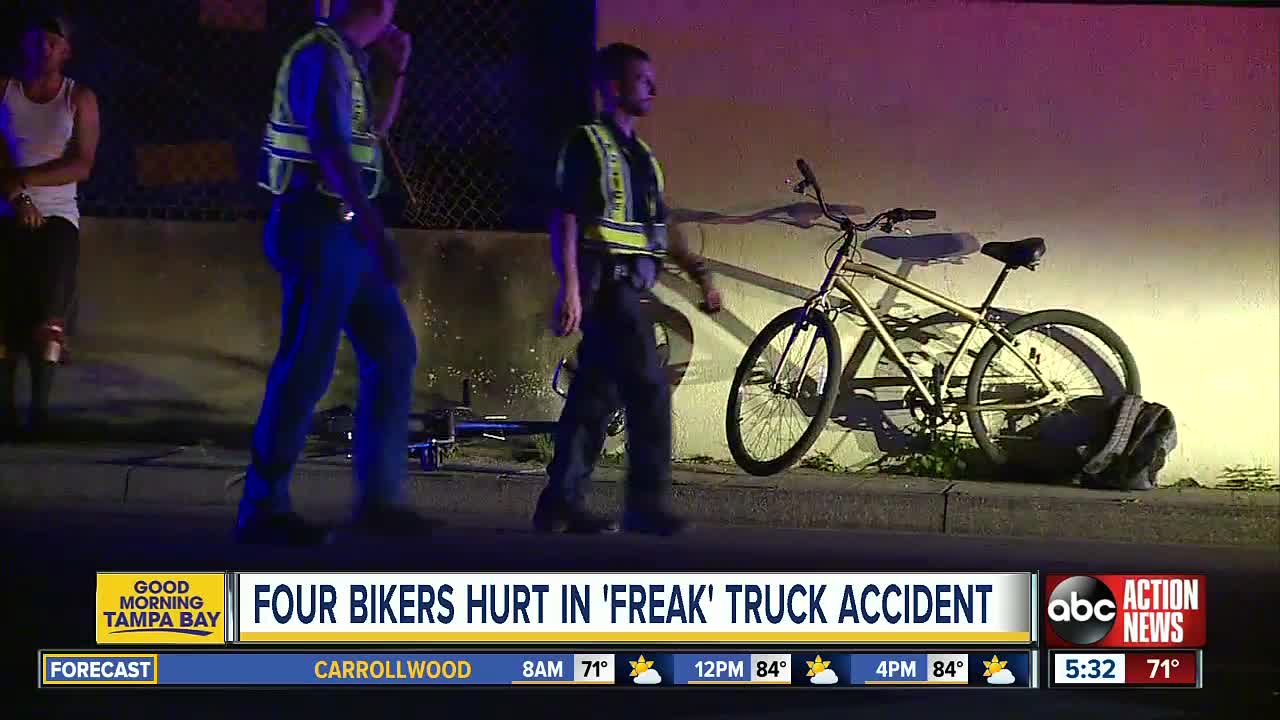 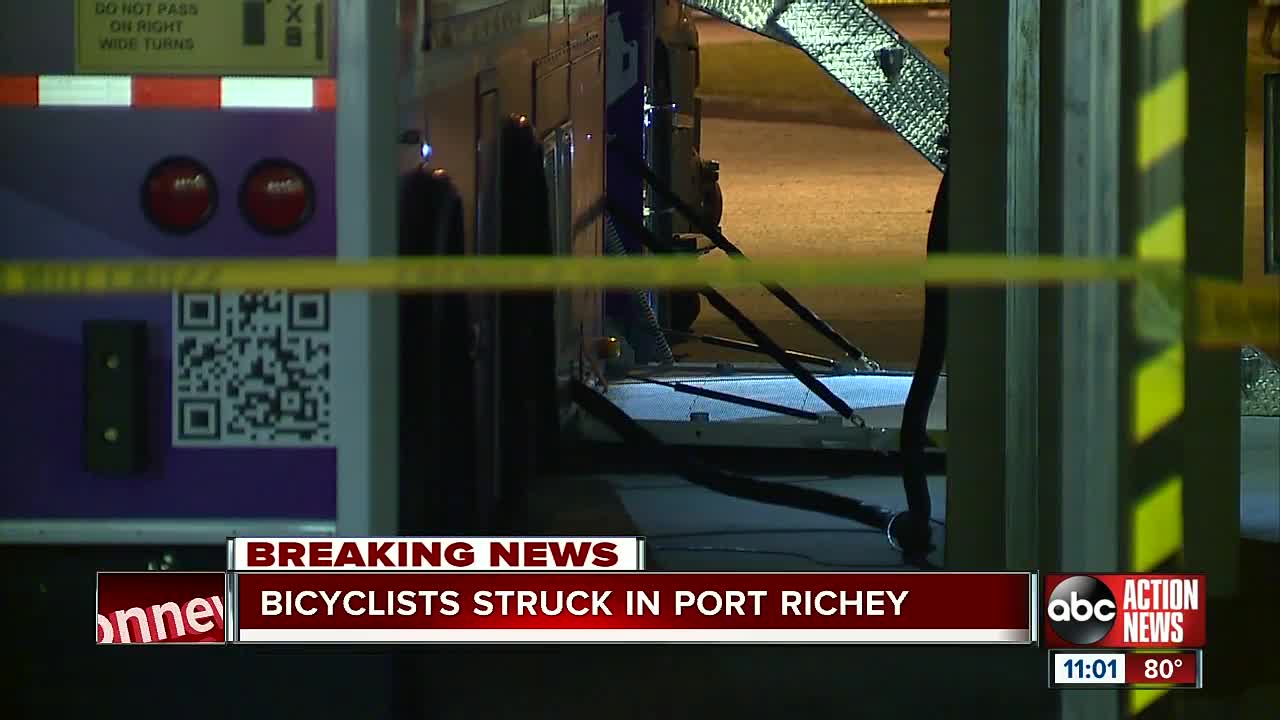 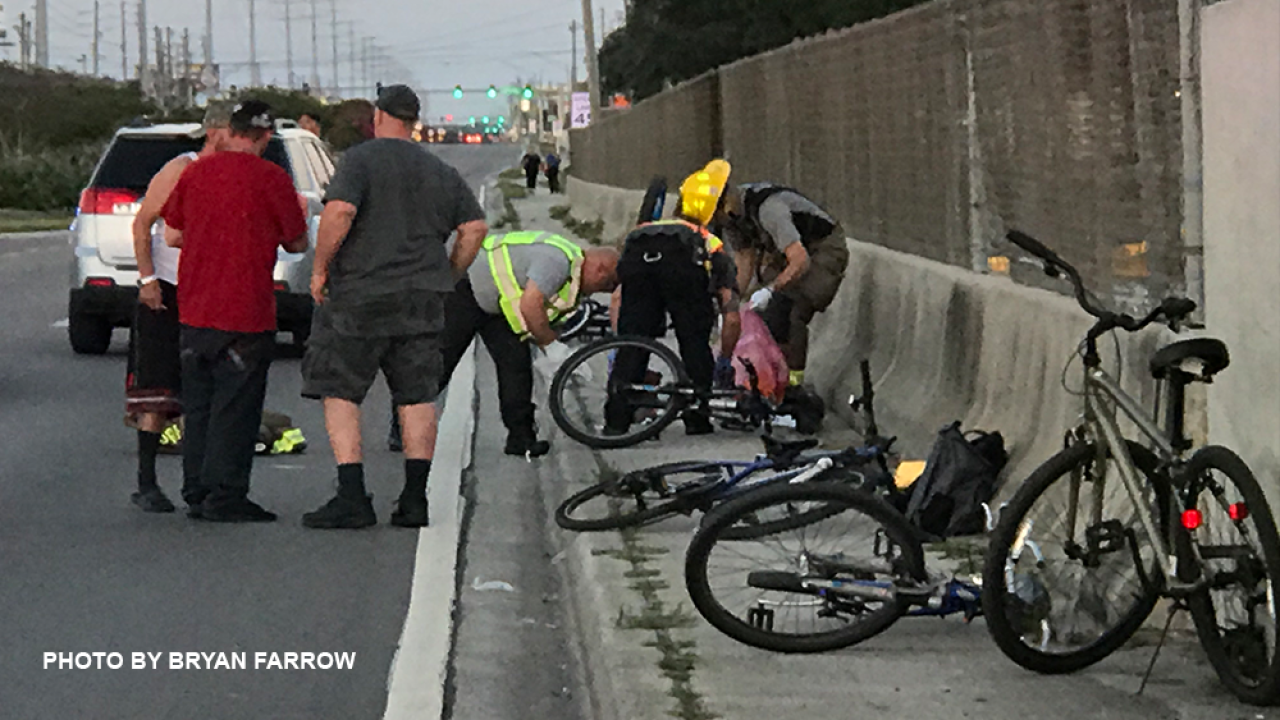 According to the Port Richey Police Department, an 18-wheeler was making a left turn onto Ridge Road from U.S. 19 when the vehicle's liftgate dislodged and fell open. The liftgate then hit the four bicylists.

Early indication is that the wheelchair metal lift on the 18-wheeler carrying medical equipment was not secured properly.

"It is freakish," said Port Richey Police Chief Gerard DeCanio. "There is no other way to say. I have been in law enforcement since 1981. I've never seen anything like this happen."

DeCanio said he spoke with the driver of the 18-wheeler.

"I asked him if there are any alarms on the truck that lets him know that the gate's not up properly or the doors may not be closed properly," DeCanio said. "He said 'no, there's not,' so we'll dig into this investigation.

#ALERT: Two Lanes on EB Ridge Road at Leo Kidd are currently closed due to a MVA with serious injuries.

A vehicle was traveling EB on Ridge Road when their lift gate dislodged and fell open. The lift gate struck four people riding on their bikes causing serious injuries. pic.twitter.com/MczMx8dXbF

Traffic homicide investigators also responded to the scene. As of Monday night, two of the four bicyclists hurt are undergoing emergency surgeries.

The crash shut down two eastbound lanes of Ridge Road for hours before reopening.

As all of this was happening, the driver of the 18-wheeler told police he didn't know the wheelchair liftgate was down and kept driving. Good Samaritans followed the driver to the Florida Cancer Specialists Treatment Center in Pasco County.