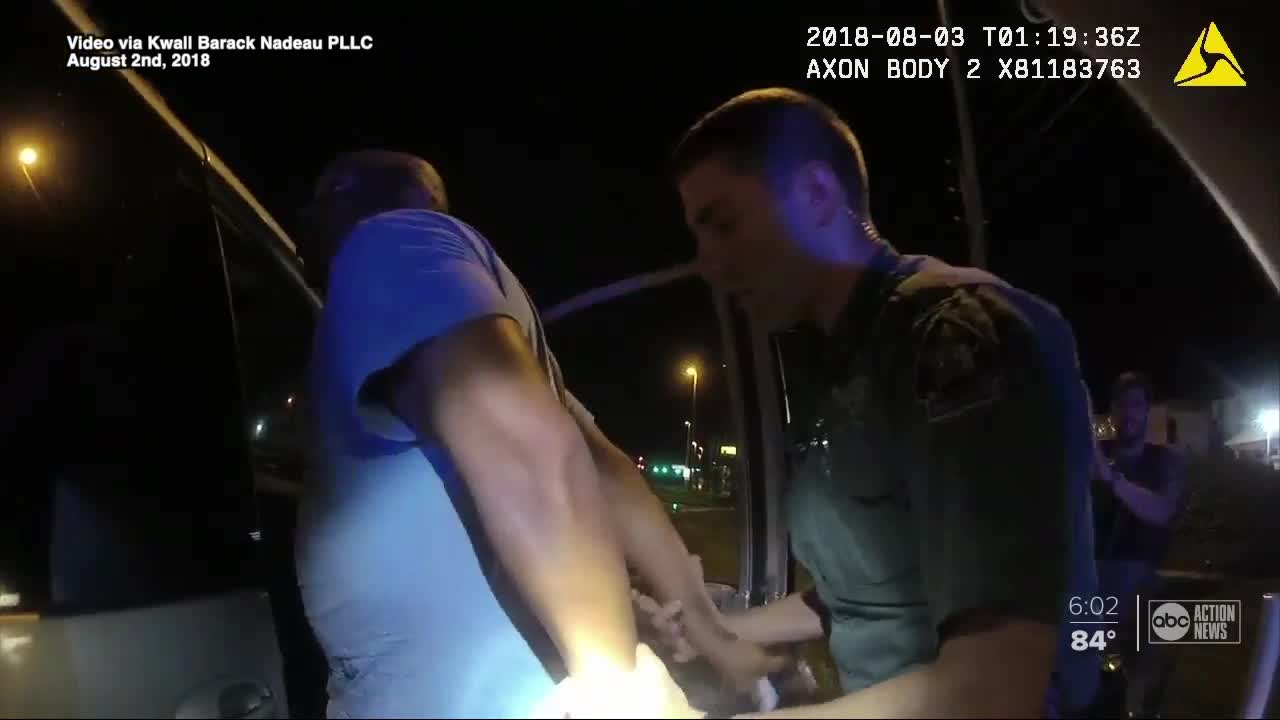 Body cam footage during the incident showed a deputy handcuffing a man for not giving his name, or as the deputy on scene called it "resisting arrest." 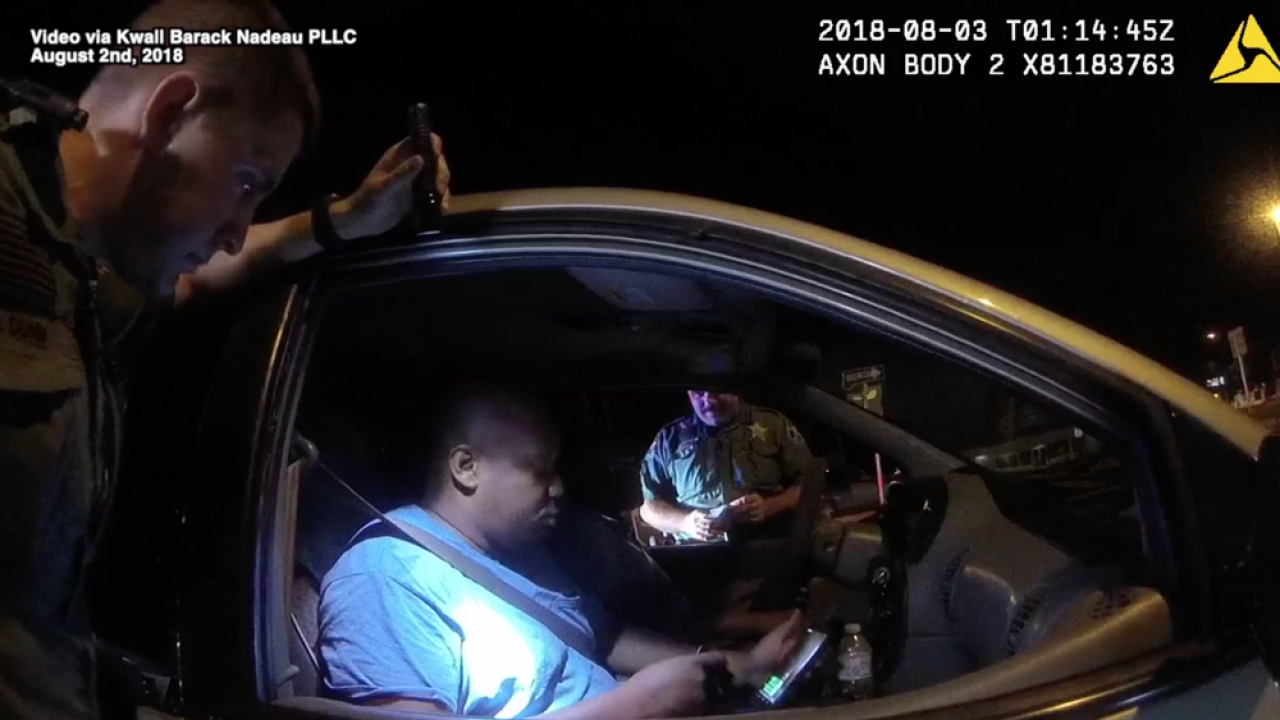 PASCO COUNTY, Fla. -- “I’m a passenger. I’m not required to identify myself.”

It’s a sentence that would put Andre Roxx behind bars in 2018 — on a night that started off with excitement.

Marques Andre Johnson, who goes by a professional name "Andre Roxx," had just bought a motorcycle he’d been searching a decade for.

“We went to go pick it up and put it on our trailer and we were on our way back only about two blocks from my house when we were stopped,” Roxx said.

As body cameras roll, Pasco County deputies say they stopped Roxx, his father and uncle on that August night at the intersection of U.S. 19 and Jasmine Boulevard for a partially-folded tag and faulty trailer lights, but not before deputies demand IDs from everyone in the car. Roxx refused and cited his Fourth Amendment rights.

“OK, if you wanna play that game we can pull you out and I can take you to jail for resisting,” said a deputy on the scene.

Roxx’s dad eventually told offers his son’s name and explained that he didn’t want to go to jail.

But things began to escalate when deputies told everyone they need to get out of the van while they conduct a K-9 narcotics search.

“I’m not asking you, I’m telling you at this point,” one deputy said.

And the moment his feet hit the pavement, deputies handcuffed Roxx. The deputy first tells Roxx he isn’t under arrest but quickly changed his mind.

“What action have I taken to commit resisting arrest?” Roxx asked.

“Not giving your name, that’s resisting arrest,” said the deputy.

“That is not resisting arrest,” Roxx said back.

“We had a group of officers who got upset because someone knew their rights, someone was not afraid to exercise their rights,” Roxx said, two years later in an interview with ABC Action News.

“We have to identify, it’s an officer safety type thing but it is also a matter of, for all we know, and I’m not saying that he is, he could be a convicted murderer out on whatever, you know, we have to identify,” one deputy could be heard on body camera talking to Roxx’s father. “You were doing the right thing, you were going to give me his information. He kind of wanted you to shut up so you did and I get it, he’s your son. He’s kind of obstructing our investigation.”

As that deputy continues his conversation with Roxx’s father, another deputy takes the K-9 around the van twice

“The alert was the bark, he alerted to that front passenger door so, that’s kind of what’s going on,” the deputy says to Roxx’s dad, about why deputies plan to search the inside of the van.

After pat-downs and a thorough search of the vehicle, deputies found nothing.

From his body cam, a deputy tells Roxx’s father, “I can honestly tell you the Pasco County is predominantly white, but we have a very good relationship with the Hispanic community and the black community.”

“It kind of had undertones of intimidation. It kind of felt like him saying, 'You’re not really supposed to be here but since you are here, we do have a good relationship with the black community. It felt very uncomfortable,'” Roxx said.

The state attorney's office tried prosecuting the case but a judge dismissed the charges in November of 2018 and refused to the state's request to reconsider. Now, Roxx and his attorneys at Kwall, Barack, Nadeau are officially suing the sheriff's office.

He would like to see stricter hiring policies and stricter protocols when retaining officers who regularly demonstrate a lack of following the law and do not work on de-escalating situations.

“At every step, they escalated. They escalated unnecessarily,” said Ryan Barack, an attorney representing Roxx. “That’s because their motto is, 'We fight as one,' and they shouldn’t be fighting anyone.”

“The initial issue the officer used to conduct the stop was that he couldn’t see a portion of the license plate and so after he pulled the vehicle over he could see the full license plate and there was really no need at that time for him to do anything else,” said Barack. “Except maybe say to them, 'Your license plate is bent, can you fix it?'”

We reached out to the Pasco County Sheriffs' office about the lawsuit — officials told us, “While we do not comment on pending litigation, we look forward to responding to these allegations in the appropriate forum.”

They confirmed 4 out of the 5 deputies involved in the stop are still employed by the Sheriff's Office. The 5th deputy left for reasons unrelated to this case.

In 2018, the Sheriff's Office said they reviewed the arrest and concluded the deputies acted appropriately.