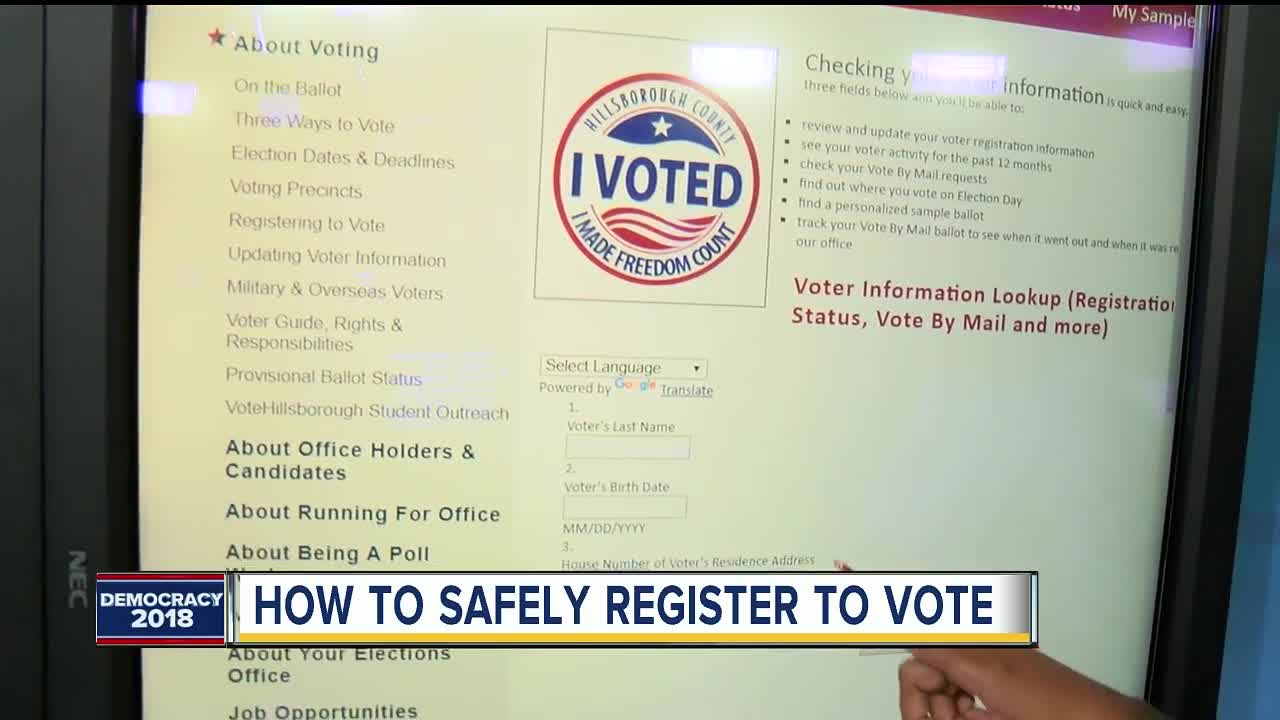 Some major frustration is being caused by voter registration forms that are mailed out by non-government companies. 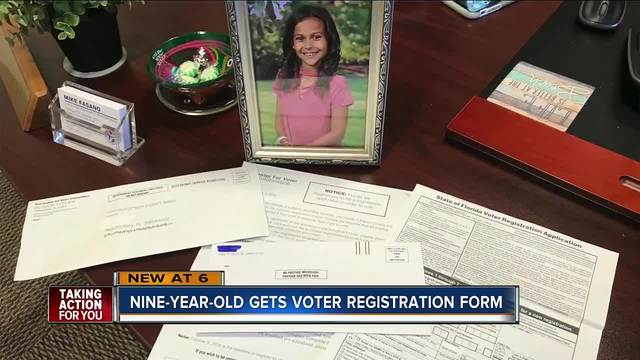 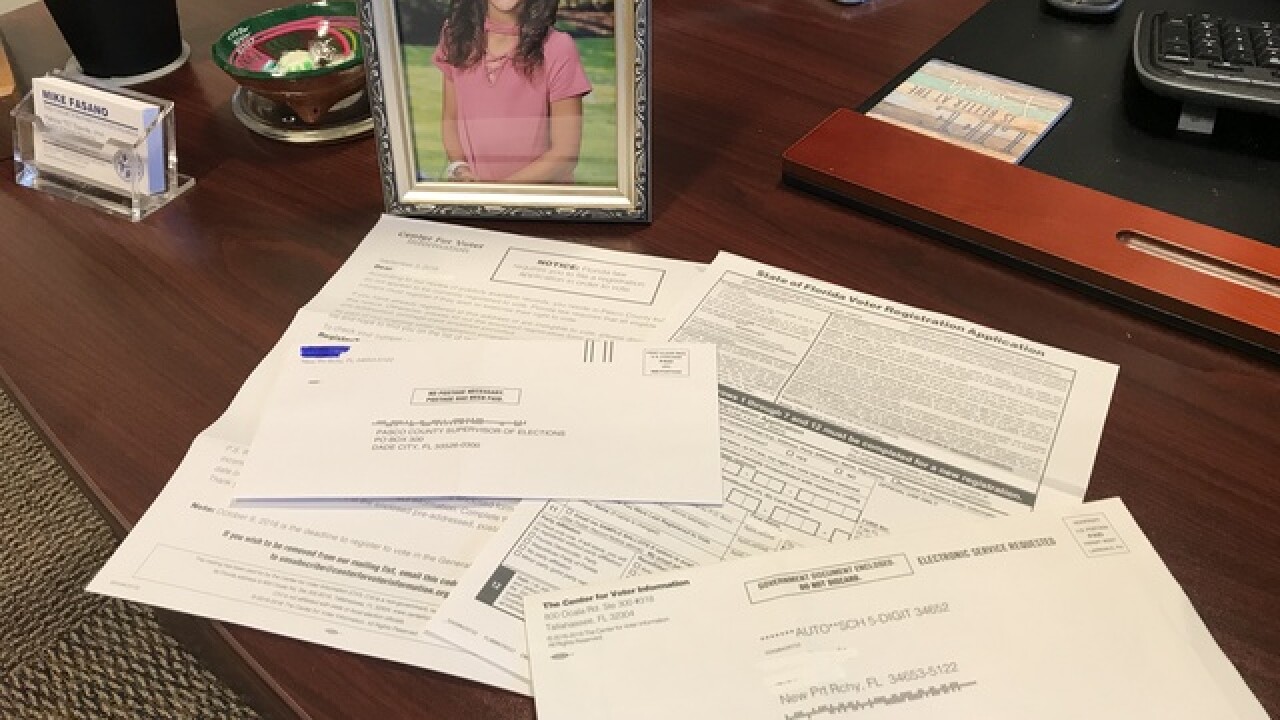 PASCO COUNTY, Fla. — Frustration is being caused by voter registration forms that are being mailed out by non-government companies.

"I don’t understand, I don’t get it," said grandmother T.C. Daerda.

Daerda says she doesn’t understand how her granddaughter’s name ended up on a piece of mail addressed to her.

"She doesn’t even live with me, has never lived with me," said Daerda.

But she says the most concerning thing is that her 9-year-old granddaughter is getting a voter’s registration application in the mail. The state of Florida voter application came partially filled out with her granddaughter’s information and an envelope to return it to the supervisor of elections.

Daerda called the Center for Voter Information, a non-government D.C. company who sent the registration form. They said they got her granddaughter’s name and address from a commercial list but would not provide Daerda with who provided them with the list.

The Pasco County Supervisor of Elections office says they get many phone calls from people who are upset about incorrect forms being sent to them from companies like Center for Voter Information and that it causes unnecessary confusion and mistrust. They say to ignore these forms or call your Supervisor of Elections office if you have any questions about your voter registration.